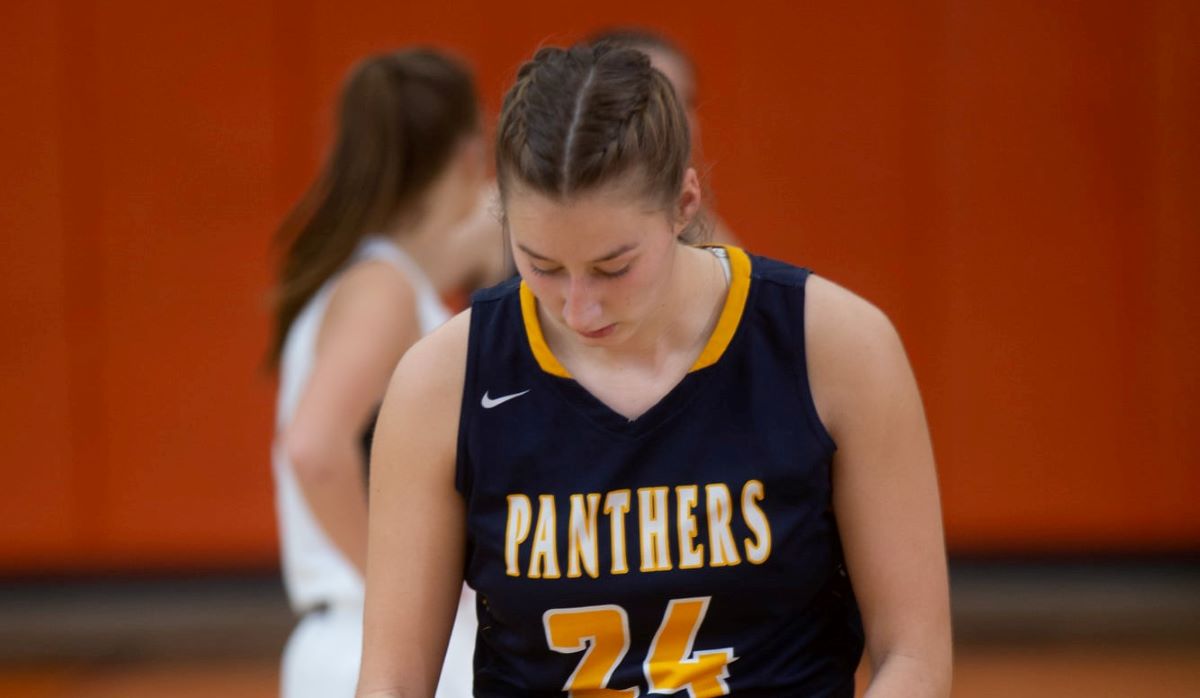 WESTFIELD, Pa. – Kayden Brown, Regan Slawson, and Rebecca Martin each hit fourth-quarter 3-pointers to rally Northern Potter to a 36-33 win over North Penn-Mansfield in the consolation game of the Jack Bush Tournament at Cowanesque Valley.

The Lady Panthers trailed by four, 28-24, entering the final eight minutes but won the quarter 12-5 behind five points from Martin, four from Slawson, and three from Brown.

Martin had a monster day on the boards with 18 rebounds to go with her game-high 21 points.

Addison Farrer had 19 points for NPM.

PHILIPSBURG, Pa. – Madison McCoy and Riley Wharton each scored 11 points to lift Moshannon Valley to a 47-27 win over Curwensville in the consolation game of the Philipsburg-Osceola Tournament.

Hailee Gregor poured in 21 points for Saegertown, including six during the third quarter, and also went 7-of-11 from the free throw line.

Lindsey Greco and Lyndzee Amory had seven points each for Saegertown.

Hailee Rodgers seven of her 10 points in the third quarter, while Finley Rauscher added eight points.

JAMESTOWN, N.Y. – Warren outscored Jamestown 17-9 in the fourth quarter on its way to a 52-44 win in the consolation game of the Southwestern (NY) Tournament.

Sammie Ruhlman had 12 rebounds for Warren and Halle Kuzminski 10, with Ruhlman limiting Marley Drake, who came into the game averaging 29 points per game, to eight points.

WASHINGTON, D.C. – Hope Garrity scored 24 points as Fairview dropped a one-point decision to Colgan (Va.) in their first game in the She Got Game Classic.

Garrity drained six triples and was 4-of-4 from the free-throw line.

The Lady Tigers were down eight points going into the fourth quarter and rallied to tie the game with two minutes to play.

Garrity scored eight of her 24 points in the fourth quarter, while Sara Gennuso scored six of her 14 points in the final eight minutes. Bre Heidt added four points for the Lady Tigers.

Kennedy Catholic rallied from a 13-point deficit in the third quarter to force overtime.

Ella Simpson had 20 points in the win for University, while HannahStamp netted 18 in the win.

Tyler Grove scored 24 points in the win for McDowell on his way to tournament MVP honors.

JT DelSandro poured in 18 points in the win for the Huskies, while Brady Rzodkiewicz scored 15 points and Nick Krahe had 10 points and 11 rebounds.

David Kwiat had 13 points for Neshannock, while Jaxon Mozzocio netted 12.

WESTFIELD, Pa. – CJ Estep scored 17 points to lead Andover/Whitesville (N.Y.) to a 53-47 win over Northern Potter in the consolation game of the Jack Bush Tournament at Cowanesque Valley.