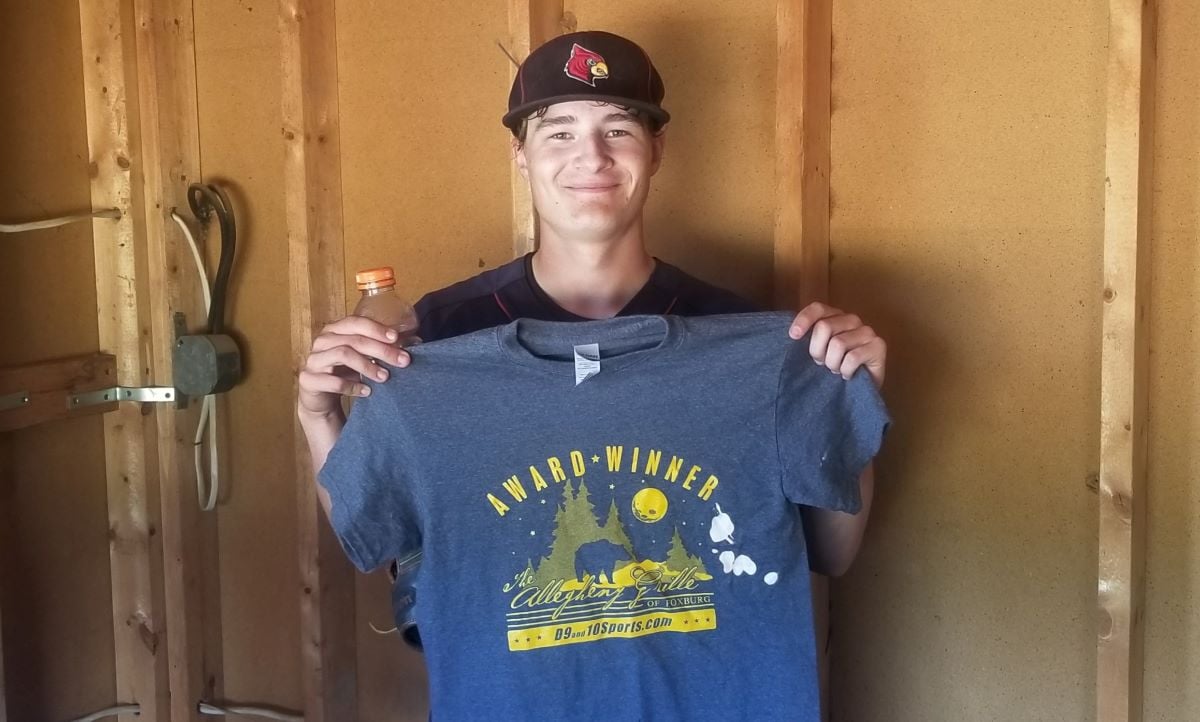 That was the take of DuBois Central Catholic pitcher Carter Hickman after the fifth-seeded Cardinals upset top-seeded Clarion-Limestone, 6-3, in the District 9 Class 1A semifinals at McKinley Field in DuBois.

Hickman, only a sophomore playing in his first year of varsity baseball after losing last season because of the Pandemic, used some of that experience he gained this year to throw perhaps his best game of the season.

The righty, who game into the game having walked nearly as many batters (19) as innings pitched (21 ⅔) with an ERA of 4.52 was locked in on Thursday.

He went 5 ⅔ innings before reaching the 105-pitch limit allowing three runs, one earned, on five hits and four walks while striking out seven.

“Coming in, I knew all I had to do was throw strikes for my team,” Hickman said. “If I threw strikes, my defense would play behind me.”

Hickman kept the Lions off balance with a strong curve ball that had the C-L batters flailing more than once.

“I have been throwing that all year,” Hickman said. “It has been working for me all year. Today, I really worked it in the zone a lot, got a lot of strikes called on that. Then, I would try to get them on a fastball.”

Hickman was at his best at the end of his outing striking out five of the final six batters he faced including five in row.

None were more important than the three straight he struck out in the fifth inning after C-L, which trailed 6-2 at the time, had put runners on first and third on a double by Bryson Huwar and an error on the Cardinals.

But Hickman, who did allow Huwar to score on a wild pitch, struck out Jordan Hesdon, Nick Aaron, and Ryan Hummell to minimize the damage.

“I knew I didn’t have a lot left, so I wanted to leave it out there whatever I had left,” Hickman said. “It would have been great to get that last out, though.”

The last out he was referring to was Tommy Smith. On Hickman’s 105th pitch, Smith blooped a ball into right field ending Hickman’s day.

DCC manager Adam Fox summoned Kaden Brezinski from third base to the mound, and Corbin Coulson greeted Brezingki with an infield single bringing Huwar to the plate as the tying run.

But Brezinski, who picked up DCC’s first save of the season, was able to get Huwar, who entered the game hitting .605 and who was 2-for-3 with a double up to this point, to pop back up to Brezinski just off the back of the mound to end the threat.

Brezinski then gave up a leadoff single to Hayden Callen in the seventh, but ended the game when he got NIck Aaron to ground into a 6-4-3 double play.

“He has been doing that all year,” Hickman said. “Coming in and throwing strikes, getting it done.”

The Cardinals picked up a run in the first inning against Huwar – although it could have been a lot more considering they had the bases loaded and no outs – on a Brandin Anderson sac fly to right.

They then tagged Huwar, who came into the game having allowing just 10 runs all season, three earned, for two more runs in the second – both unearned.

Hickman had the big hit in the inning, a two-run double with two outs that made it 3-0.

“I just put my barrel on the ball and it went,” Hickman said.

The two-run second and that fact he was struggling with command prompted C-L manager Todd Smith to make a pitching change to Callen, his other ace, to start the third inning.

But Anderson greeted Callen with a base hit to left, and Dante Armanini then took a two-strike pitch and drove it over the right-field fence for his first home run of the season, and just the second home run of the year for DCC.

“That was awesome,” Hickman said. “That was his first one all year. But, he has been hitting them all year in practice. That was pretty cool to see that happen.”

Watch Hickman’s full postgame interview after he was named the Allegheny Grille of Foxburg Player of the Game.

DCC made it 6-1 – C-L had nicked Hickman for a run in the bottom of the second – when Cartar Kosko hit a one-out double off Callen later in the third.

After the third, Callen settled in allowing just two hits over his next four innings of relief while striking out five.

That allowed C-L to stay in the game with the Lions picking up unearned runs in the fourth – on a throwing error by first baseman Anderson – and in the sixth.

DCC will face sixth-seeded Elk County Catholic, a 10-5 winner over second-seeded Otto-Eldred, in the championship game at 2 p.m. Monday, May 31, at Showers Field in DuBois.

“We just have to play loose and win,” Hickman said.