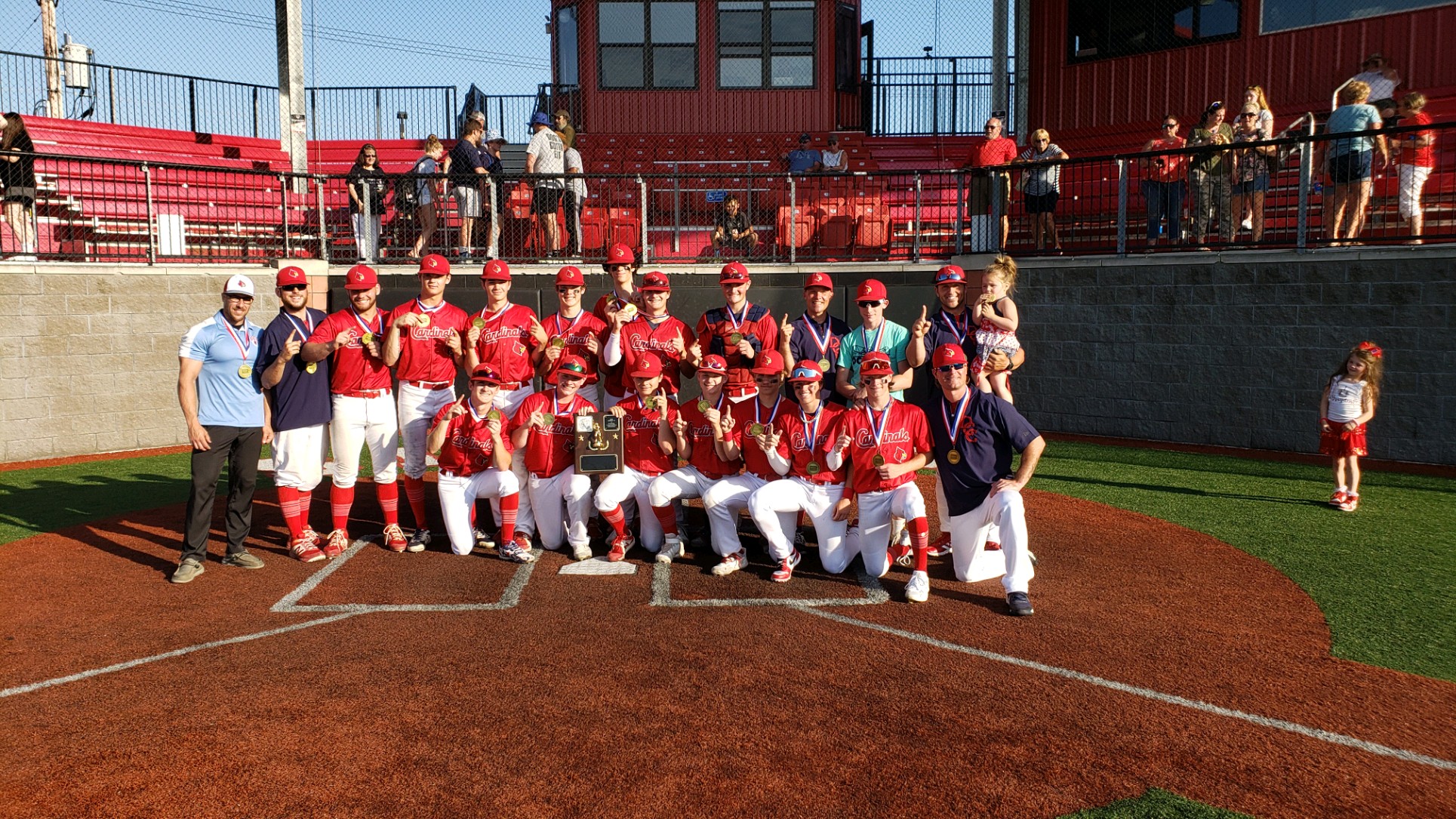 DUBOIS, Pa. – Brandin Anderson and Cole Sansom combined on a five-hitter as DuBois Central Catholic earned a 5-1 win over Clarion-Limestone in the District 9 Class 1A championship game, their second consecutive championship.

Anderson went five shutout innings, allowing four hits, striking out five, and walking one. Sansom, like he has done many times in recent weeks, came on in relief and allowed one unearned run on one hit and two walks, striking out three.

The Cardinals struck for a pair of runs in the second inning and one each in the third, fourth, and fifth innings.

Aiden Snowberger delivered a two-run double in the second inning, which proved to be all the run-support Anderson and Sansom needed.

“I just stuck to my approach,” Snowberger said about his strong day at the plate.

With the win, DCC advances to play the winner of the WPIAL third-place game between OLSH and Rochester, with that game slated for Wednesday.

DCC Beats Forest Area For Third Straight D9 Class 1A Softball Championship Powered by North Washington Rodeo
Johnsonburg Claims Second Straight D9 Class 2A Baseball Title Powered by North Washington Rodeo
This website or its third-party tools process personal data.In case of sale of your personal information, you may opt out by using the link Do not sell my personal information.
×
Manage consent