DCC, ECC to Meet for D9 1A Boys Title After Semifinal Wins Wednesday; Clarion, Jburg to Battle for PIAA Spot 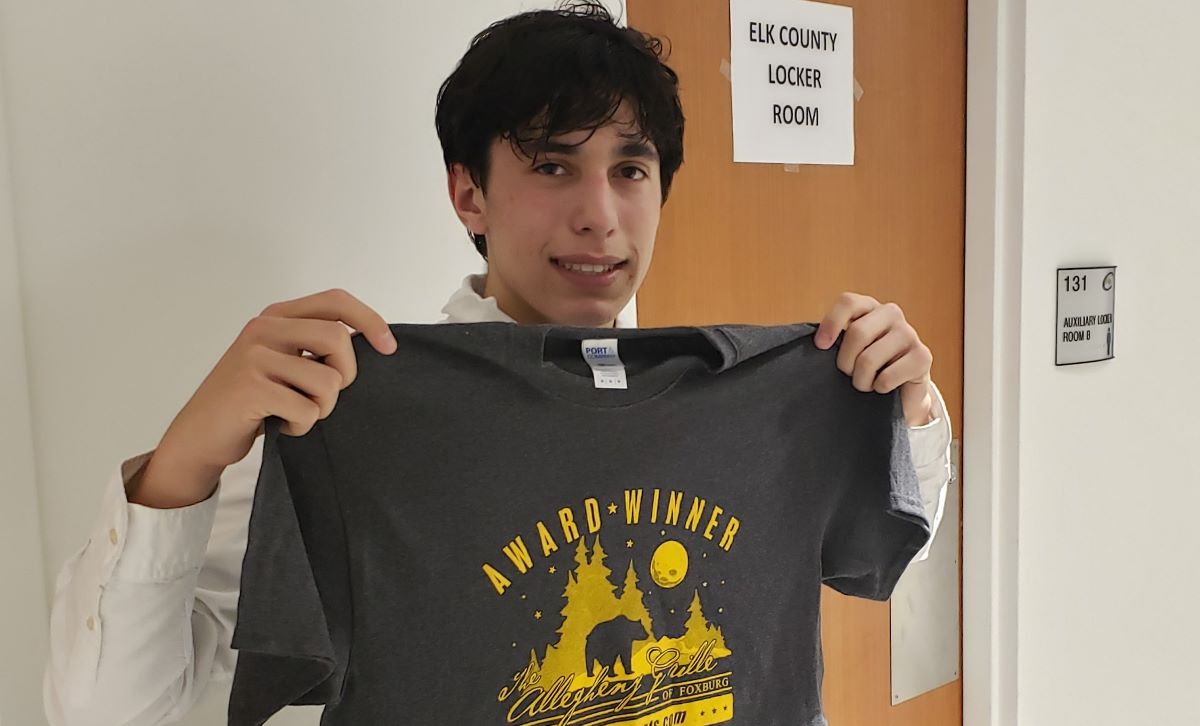 CLARION, Pa. – The District 9 Class 1A boys’ championship game is set, and it will be the rubber match between top-seeded Elk County Catholic and third-seeded DuBois Central Catholic.

Both squads, who split their first two games this year, punched their ticket to Saturday’s championship game at Clarion University’s Tippin Gym with wins in the semifinals at Tippin Wednesday.

Otto-Eldred and North Clarion will face off in the consolation game at a date, site, and time to be announced.

Alec Srock had another monster game with 20 points and 17 rebounds to lead the Cardinals (18-7) to the fifth District 9 championship game in program history and their first since winning the D9 1A title in 2010.

Srock had a pair of big-time offensive rebounds around the five-minute mark of the fourth quarter during a game-deciding 13-3 run for DCC.

With the Cardinals up 39-32 following a Jalen Kosko free throw with 5:19 to play.

Kosko missed the second free throw, but Srock battled for the offensive rebound and was fouled on the floor.

Then, after a missed shot, he grabbed another offensive board and put it back to make it 41-32 with 5:02 to go.

Andrew Green hit a pair of 3-pointers during the run, including the dagger three to make it 44-32.

DCC led pretty much the entire game but was up by just one, 29-28, following Otto-Eldred’s Gavin Jimerson splitting a pair of charity shots with 1:11 left in the third quarter.

But with freshman point guard Landon Francis on the bench after being intentionally fouled and going to the ground hard – he was ready to check back in but Jimerson missed the free throw – the Cardinals ended the quarter with four quick points to push the advantage to five, 33-28.

Jimerson then got the Terrors (21-3) back within three right out of the quarter break before Green nailed his first 3-pointer 23 seconds into the quarter to make it 36-30.

That was part of a nine-point night for Green, while Kosko had 13 points, including 12 combined in the middle two quarters.

Francis led Otto-Eldred with 11 points with Manning Splain, another freshman, and Jimerson each adding 10 points.

ECC used a 22-3 run that started late in the first quarter and lasted into the early part of the third quarter to blow open and advance to the D9 title game for the seventh time in the last nine years.

The Crusaders (21-5) led by three, 10-7, following a Collin Schmader 3-pointer for North Clarion late in the first quarter.

The Wolves (16-10) had the ball with less than 30 seconds to go when they turned it over leading to a Luke Jansen layup.

Then, as time ran out in the quarter, Josh Daum fouled Charlie Breindel shooting a 3-pointer from about 35 feet sending Breindel to the line to shoot three with no time on the clock. He hit two of the three to make it 14-7 at the end of the quarter.

Luke Jansen led the way for the Crusaders with 16 points with Wasko adding 14 points.

Wasko talked about the win.

The Rams will play Clarion for the fifth and final playoff spot awarded to the D9 Class 1A at a time, date, and location to be determined.

EMPORIUM, Pa. – Christian Simko and Devon Lauer combined for 35 points, as Clarion kept its season alive with a 61-54 win at Cameron County.

Ryan Alston chipped in eight points in the victory.

Hayden Brown had 23 points to lead Cameron County (16-7) but was limited to just two points in the second half.

Camdyn Allison added 16 for the Raiders.

Clarion will face Johnsonburg for the fifth and final playoff spot awarded to the D9 Class 1A at a time, date, and location to be determined.

Greenville Ends Fairview’s Unbeaten Run in D10 3A Girls Semis; Will Meet Lakeview in Final
District 10 Announces Sites, Times for Girls’ Championships, Consolations
This website or its third-party tools process personal data.In case of sale of your personal information, you may opt out by using the link Do not sell my personal information.
×
Manage consent