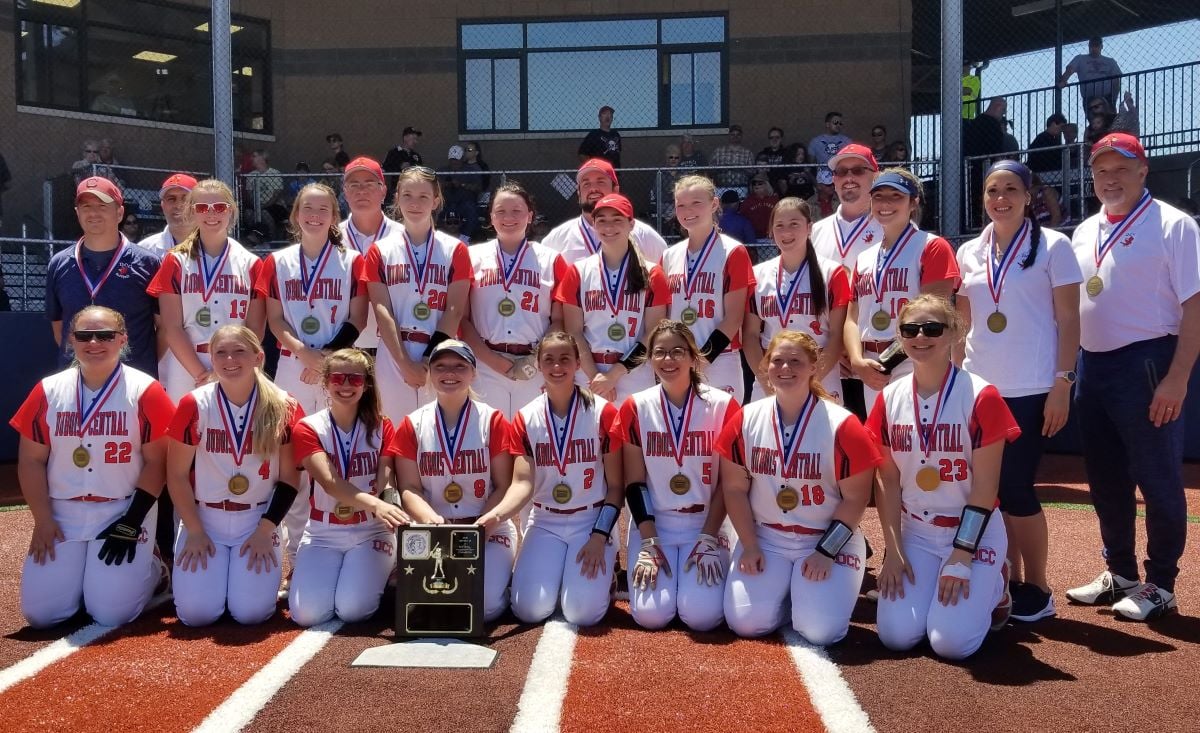 DUBOIS, Pa. – The Cardinals ruled the nest once again.

DuBois Central Catholic used an eight-run second inning, helped by eight hits and five Clarion-Limestone errors, to win its second consecutive District 9 Class 1A title (the last one came in 2019 since the 2020 season was canceled), its fourth title in five tries, and its fifth since 2014 with a 12-2, 5-inning win over Clarion-Limestone Monday afternoon at Heindl Field in DuBois.

“It feels great to be able to experience this again,” senior catcher Mia Meholick, who helped DCC to the PIAA finals two years ago as a sophomore, said.

Meholick played a key role in the victory going 3-for-4 with a double and a home run while driving in two runs and scoring three times.

Her two-run home run in the second inning gave DCC a 7-0 game and drove C-L starter, Regan Husted, from the game.

That was part of a messy bottom of the second for C-L, as the Lady Lions committed five of the 10 errors they ended up committing in the game in the inning.

But it wasn’t just the C-L miscues, as DCC hit the ball hard collecting eight hits in the frame, including a double by Melia Mitskavich leading off the inning s and a run-scoring triple b Lauren Davidson.

In all, DCC had 16 hits on the day, including five extra-base hits.

“We have been working a lot on our offense,” Meholick said. “We have been hitting every single practice. We just want to have a strong offense.”

The eight-run second gave DCC a 9-0 lead, and while C-L scored an unearned run in the third to make it 9-1, the Lady Cardinals looked on the verge of ending the contest after 4 ½ innings when they put up two more runs in the third on a two-run triple by Shyanne Lundy, to make the score 11-1.

C-L, though, kept the game alive in the top of the fifth when Frances Milliron singled, moved to second on a ground out and third on a wild pitch before scoring on a Kendall Dunn single to make it 11-2.

DCC, however, answered in the bottom of the inning to win the title with Emily Joseph scoring the title-winning run on a base hit to left by Chelsea Busatto.

Lundy had four hits in the victory going 4-fo-4 with a triple, three RBIs, and a run scored.

Morgan Tyler got the win going five innings allowing two runs, one earned, on five hits, and a walk while striking out 10.

“She is a super pitcher,” Meholick said of Tyler, who missed part of the season with an injury. “I am super glad she is back.”

DCC moves into the PIAA playoffs where it will meet the third-place team out of the WPIAL, either South Side Beaver or Leechburg.

C-L will face Clarion in a true-second place game in District 9 at noon Wednesday at Heindl Field in DuBois with a PIAA playoff berth on the line.

McDowell Runs Past Erie for D10 Class 6A Baseball Championship Powered by North Washington Rodeo
Watt Keeps the Lights on for Johnsonburg’s Unbeaten Season, as Rams Take D9 2A Baseball Title Powered by North Washington Rodeo
We use cookies on our website to give you the most relevant experience by remembering your preferences and repeat visits. By clicking “Accept All”, you consent to the use of ALL the cookies. However, you may visit "Cookie Settings" to provide a controlled consent.
Cookie SettingsAccept All
Manage consent