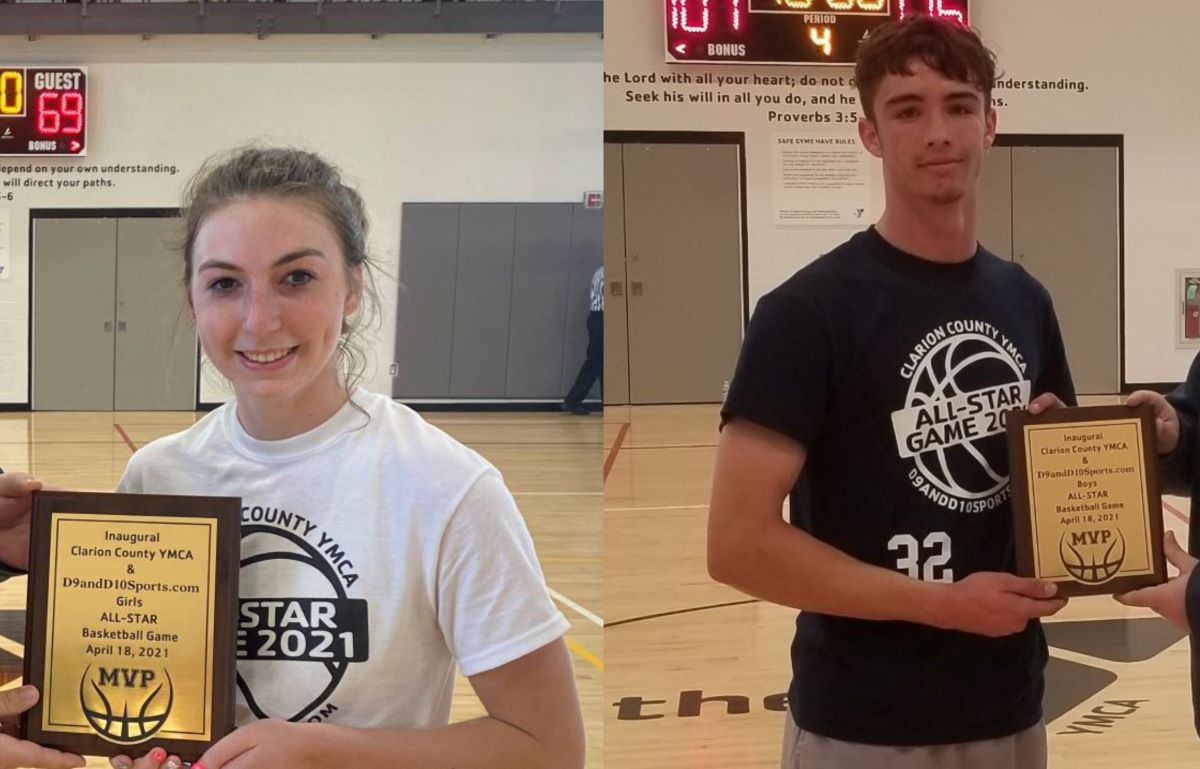 Emily Lauer (left) of Keystone and Jace Miner (right) of Brookville were the MVPs of the Inaugural Clarion Co. YMCA District 9 and District 10 All-Star Game in 2021

While the players have been chosen, for the first time four captains (two girls and two boys) have been picked to pick the respective teams.

On the live draft, each captain will pick 10 players. The first pick will be determined by a coin toss.

The captains will be joined the D9and10Sports team, which was tasked by the Clarion County YMCA to choose the players for the game, remotely for the live draft, which will be live-streamed on D9and10Sports.com as well as its social media channels.

Here are the players who have been chosen to participate in the games, which will be played at 2 p.m. (girls) and 3:45 p.m. (boys) Sunday April 3 at the Clarion County YMCA.

Villa, Kennedy Catholic Boys/Girls Learn Semifinal Sites/Times
C-L’s Huwar Named January Clarion Rehab/CHAMP Athlete of the Month
We use cookies on our website to give you the most relevant experience by remembering your preferences and repeat visits. By clicking “Accept All”, you consent to the use of ALL the cookies. However, you may visit "Cookie Settings" to provide a controlled consent.
Cookie SettingsAccept All
Manage consent