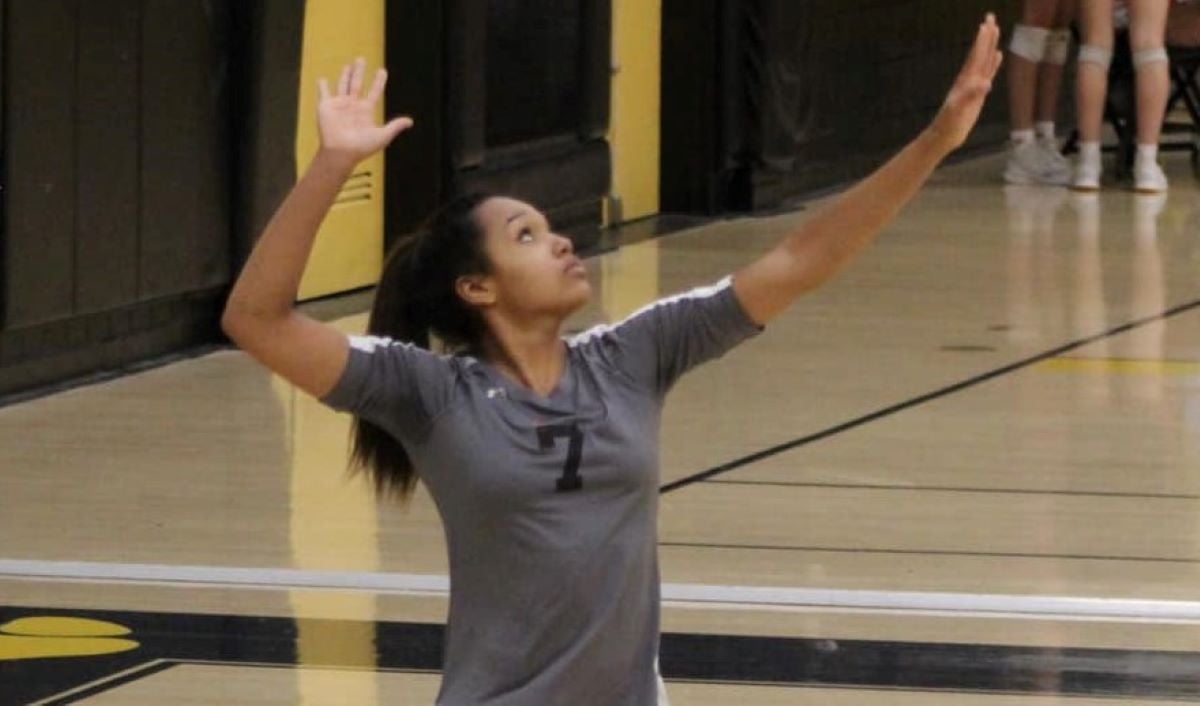 Burns led the way for the Lady Cats, who have won 38 consecutive matches dating back to last season, with 16 kills and five digs.

“She is playing an overall game,” Clarion head coach Shari Campbell said. “She understands a little bit more how to manage the game, how to make decisions using her volleyball knowledge. She isn’t always taking a big swing and is finding that a 50 percent swing into a spot can be more efficient than a full-power swing.”

Girvan added 11 kills, an ace, and a dig in one of her more impressive matches of the season.

“She is capable of that,” Campbell said. “She was nursing an ankle injury and then she lost her grandfather, who was a huge fan of ours who was always in the stands. Because of that, she was away a little bit and all of this was happening in the midst of us not having a lot of practice. We have really been able to get in the gym and have some practices, and a lot of refocusing can happen. She has had some really great practices keying in on what makes her successful. We are seeing that with her and with a lot of our players right now.”

Girvan was named the Allegheny Grille of Foxburg Player of the Match and talked about the win.

Otto-Eldred came out strong and led 6-5 in the first set following a Brianna Silvis kill.

But Clarion went on a 7-0 run powered by a pair of Girvan kills to go up 12-6 and never led by fewer than four the rest of the way.

In the second set, the Lady Cats jumped out to an 8-3 lead and rolled to the 25-11 win behind five kills from Burns.

It was more of the same in the third set with a kill and a block from Adia Needhman helping Clarion take a 7-3 lead and the lead grew to as many as 20-8.

Payton Simko also had a strong match for Clarion with seven kills while adding five digs, as the Lady Cats tried to spread the ball around.

“We definitely want to have layers to the offense,” Campbell said. “That is always our philosophy. It makes it difficult on the defense and the blocking. It creates better blocking scenarios, and that makes our hitters more successful.”

Jordan Best led the defense for Clarion with 12 digs, while Noel Anthony ran the offense with 34 set assists while adding five digs.

Anna Merry ran the offense for the Lady Terrors with 10 set assists.

Clarion will face rival Clarion-Limestone in the semifinals at 6:30 p.m. Tuesday at Clarion HIgh School, where the Lady Cats haven’t lost a match to a District 9 opponent since Sept. 30, 2010, when Redbank Valley beat them, 3-2. Clarion has been in the District 9 semifinals in Class 1A every year since 2006 (they beat C-L for the 2006 title) while winning 12 District 9 titles in the last 15 years. Overall, it is the Lady Cats 20th appearance in the D9 Class 1A semifinals since the PIAA expanded to three classifications in 2000 (a span of 22 years).

The semifinal match will be broadcast on D9and10Sports.com.

“I am really happy with the way we played tonight,” ECC head coach Tricia Bauer said. “This win was a total team effort. Every girl on the team did a fantastic job. Every server had one or two aces and the team only had three service errors for the match.”

Moira Stanisch ran the offense for ECC with 25 set assists, and Bauer praised her defense.

ECC will host third-seeded Oswayo Valley in the semifinals at 6:30 p.m. Tuesday.

Oswayo Valley will travel to second-seeded Elk County Catholic for a semifinal match at 6:30 p.m. Tuesday.

The Lady Lions got stronger as the match went on going from losing by 13 in the first set to winning by nine in the fourth set and 10 in the fifth set to reach the District 9 semifinals for the first time since 2006 when they lost to Clarion in the championship match.

Brooke Kessler had a fantastic night on offense for C-L with 15 kills, while Celia Shaffer, Alyssa Wiant, and Ruby Smith each added nine kills and Jena Dunn five.

Shaffer teamed with Abby Himes to pace the Lady Lions defense with each player recording 20 digs.

Kendall Dunn ran the offense for C-L with 37 set assists.

C-L, which is looking for its first D9 title since 2005, will travel to crosstown rival Clarion for a 6:30 p.m. match Tuesday. The match will be broadcast on D9and10Sports.com.

Hannah Glunt ran the offense for Clearfield with 25 set assists.

Lindsey Reiter ran the offense for the Lady Dutch with 12 set assists.

Clearfield will face DuBois in the District 9 Class 3A championship match Wednesday at a time and place to be announced.

D9 Soccer Playoffs: Brockway Boys, Girls Advance to Class 1A Finals; ECC Edges Coudy
Warren Wins Third Straight D10 3A Girls Soccer Title; McDowell Sweeps 4A Crowns
This website or its third-party tools process personal data.In case of sale of your personal information, you may opt out by using the link Do not sell my personal information.
×
Manage consent