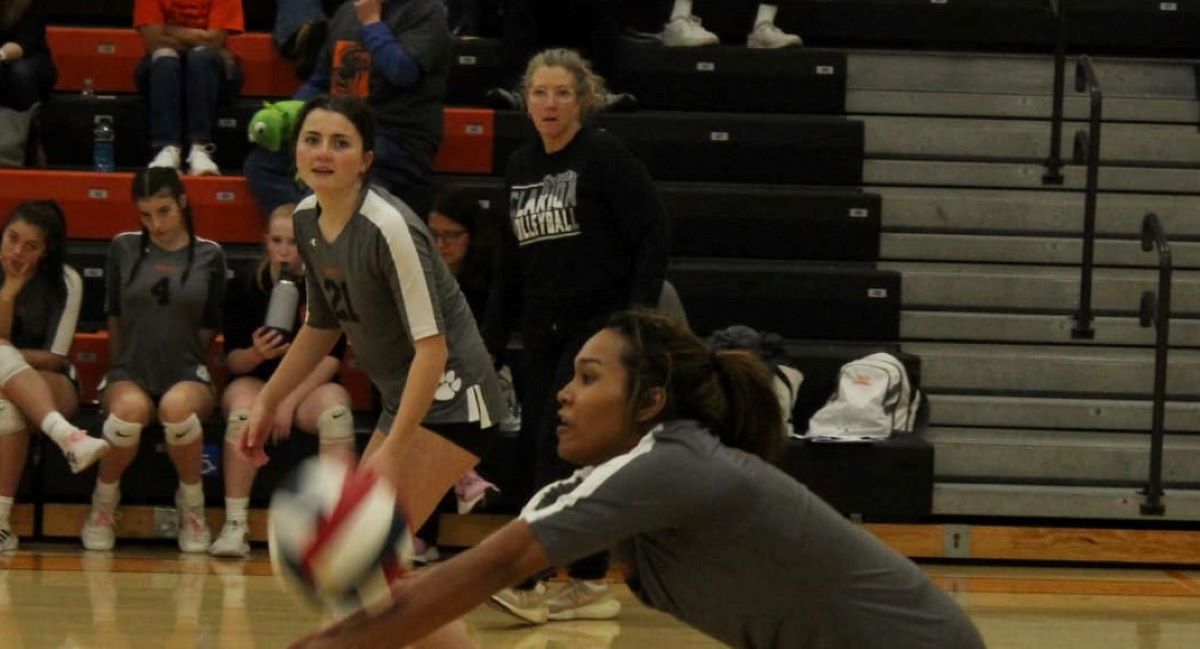 CLARION, Pa. – For a short minute, 11th-seeded Sheffield looked like it was going to have a chance to stun sixth-seeded and two-time defending PIAA 1A champion Clarion.

The Lady Wolverines fought their way out of an early 7-1 hole to tie Clarion at 17 in the first set forcing Lady Cats’ coach Shari Campbell to use a timeout, something that hadn’t happened in a postseason contest for Clarion in a long time.

“(During the timeout, the message was) let’s not score points for the other team,” Clarion head coach Shari Campbell said. “Let’s play our game, and let’s get in control, just find some balance in our body position so that we’re finding the court.”

Aryana Girvan had a monster game for Clarion with 16 kills and eight digs and was named the Allegheny Grille of Foxburg Player of the Match. She talked about the victory.

Adia Needham added seven kills for Clarion with Marley Kline and Taylor Alston each chipping in with four. Grace Ochs set the offense with 30 assists and added five digs, while Bri Pierce had 13 digs.

Ansley Burke and Alyssa Wiant each added six kills for C-L while Kendall Dunn ran the offense with 15 set assists.

C-L will turn right back around and make another long trip Thursday when it travels to second-seeded Oswayo Valley for a 6:30 p.m. game Thursday.

“I think our girls played really well tonight,” Coudersport head coach Heather Olney said. “We’ve been trying to clean up some little things for most of the season. Tonight, we were able to see all of that work pay off. They played hard and all played well together. So, overall, I think it was a great game.”

Emily Eckert ran the offense for the Lady Falcons with 28 set assists and added eight digs and four kills.

Coudy will take on top-seeded Elk County Catholic at 6:30 p.m. Thursday at ECC.

Oct. 25 D10 Volleyball Playoffs: Top Seeds Maplewood, West Middlesex, Cochranton Advance in Class 1A
Oct. 26, 2022 Volleyball and Soccer Schedule
This website or its third-party tools process personal data.In case of sale of your personal information, you may opt out by using the link Do not sell my personal information.
×
Manage consent