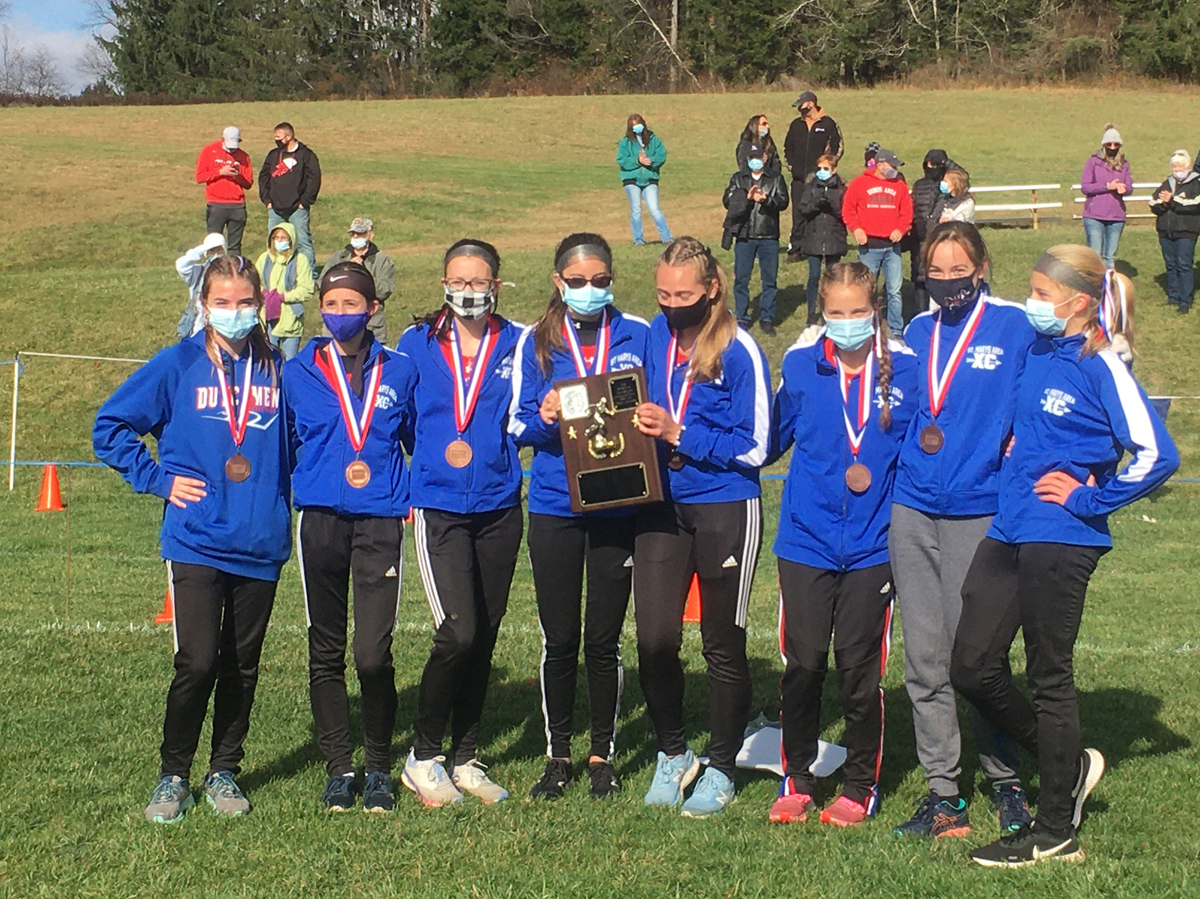 St. Marys won the Class 2A girls' team title at Saturday's District 9 Cross Country Championships in Brookville. The other titles were won by the DuBois boys (Class 2A), Cranberry boys (Class 1A) and North Clarion girls (Class 1A)

BROOKVILLE, Pa. — In a new venue for the District 9 Cross Country Championships, all four races were run at the Brookville Area High School course Saturday afternoon.

The four team titles went to the St. Marys girls and DuBois boys in Class 2A in the morning session while the Cranberry boys and North Clarion girls won titles in Class 1A in the afternoon races.

With a slimmer list of state qualifiers this year due to COVID-19, each district sends its top finishing team in each class with the top five non-championship team finishers advancing as well in Class 2A and top six in Class 1A.

Smethport junior Jenna Gregory won the race in 20:22, 14 seconds ahead of Northern Potter’s Courtney Martin. Oswayo Valley’s Cheyenne Mehl was in third with the only other sub-21. North Clarion’s Rache Bauer was fourth in 21:07 while the next three finishers, fifth through seventh overall, captured the last three non-team qualifying spots — Moniteau’s Hannah Burgoon (21:27) and Jenna Blauser (21:31) and Elk County Catholic’s Sophia Bille (21:36).

The Cranberry boys dominated in their win, scoring 43 points after placing three runners in the top six and all five of their scorers in the top 17. Elk County Catholic was a distant second with 108 points with Clarion-Limestone (141), Brookville (163) and North Clarion (167) making up the top five.

Oct. 22, 2020 Cross Country Recaps: North Clarion Girls Win Third-Straight KSAC Crown
Grove City Shutting Down High School, including Sports, through Wednesday
This website or its third-party tools process personal data.In case of sale of your personal information, you may opt out by using the link Do not sell my personal information.
×
Manage consent