D9 Class 1A title on the line: It’s Gators vs. Rovers 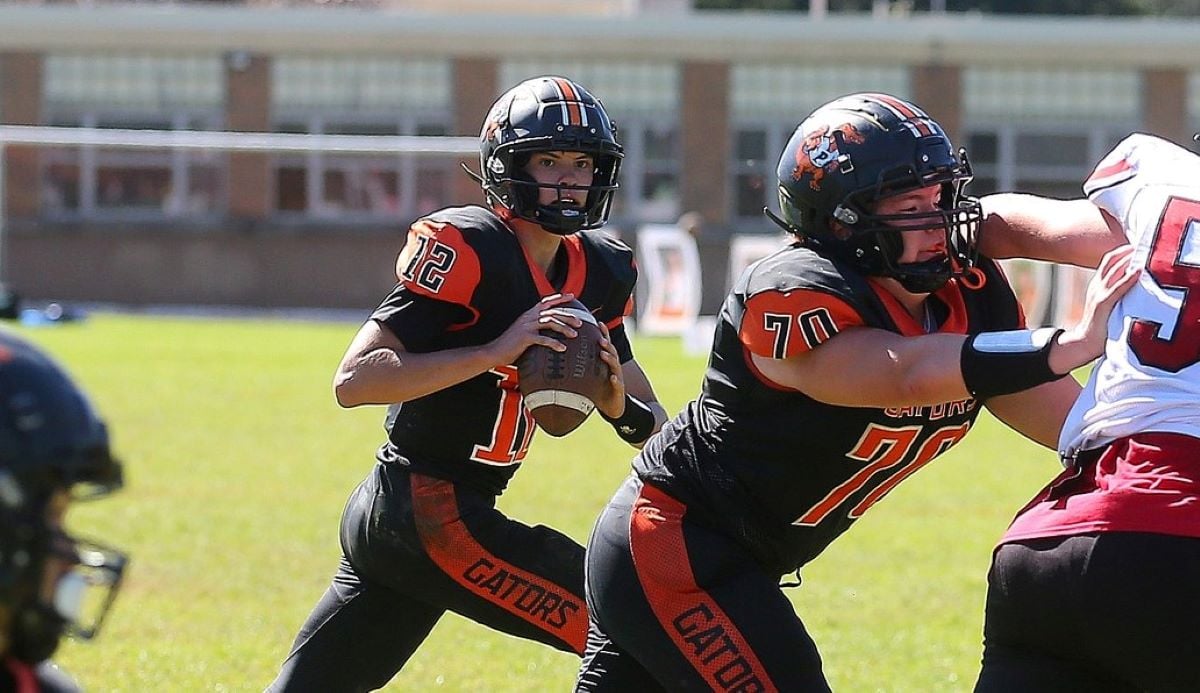 Port Allegany and Brockway square off in the District 9 Class 1A Championship game, with both trying to win a trophy for the first time in awhile.

For the 10-1 Gators, the last trip to the top of the district came in 2012 when they completed a back-to-back run in Class 1A. They haven’t been back to the finals since.

Friday’s winner lands in the PIAA quarterfinals next week against the District 10 champion. Eisenhower and Reynolds meet Saturday at Titusville High School starting at 1 p.m. That winner gets the WPIAL champion in the PIAA semifinals Dec. 2 or 3.

This is a rematch game with Port Allegany owning the win from earlier in the season. The Gators won, 40-7, in Week 5 to improve to 4-1 while the Rovers fell to 2-3.

Back in Sept. 24 at Port Allegany, the Gators led 26-7 by halftime and blanked the Rovers the rest of the way, piling up 273 rushing yards and outgaining the Rovers, 334-171.

Blaine Moses had a big game, rushing for 148 yards on 28 carries with four TD runs of 1, 1, 1 and 7 yards while Noah Archer (15-64) and Drew Evens (12-63) turned in the familiar triple-threat performance that’s carried the Gators all season. Evens completed 6 of 9 passes for 42 yards with a 5-yard TD pass to Nick Wilfong.

Peyton Stiles intercepted a Brayden Fox pass and returned it 36 yards for the Gators’ other touchdown.

The Gators haven’t lost since a Week 2 29-24 setback to Class 2A champion Central Clarion. They beat Keystone for the second time, 18-6, in last week’s semifinals. The Rovers have won six of seven with their lone loss to Redbank Valley (34-28 in Week 9) avenged in last week’s 7-3 win over the Bulldogs.

In its 10 wins, Port has yielded just 68 points, so the defense is definitely a calling card. Last week, the Gators intercepted Keystone quarterback Drew Keth three times as Archer had one of them and led the team with 10 tackles.

It’s Moses (109), the Region 2 Defensive MVP, and Archer (55) at the top of tackles list with Region 2 with Defensive and Offensive Lineman of the Year Miska Young (51). Evens leads the team with five interceptions.

The Gators average 322 yards of offense per game — 110 passing, 212 rushing — which is a notable reversal of last year’s numbers considering they have much the same personnel, but head coach Justin Bienkowski’s team certainly has made the right call after looking at the success.

The Jake Heigel-coached Rovers sort of flipped the script offensively. They were averaging 360 yards per game — 269 passing, 91 rushing — after five games following the loss to Port, then cut loose the running game some more with Cuello leading the way. In the past seven games, the Rovers are averaging 205 yards rushing and 183 passing.

Cuello is up to 1,286 yards for the season on 230 carries with six 100-yard games in the past seven contests. He ran for 166 yards on 41 carries last week against the Bulldogs.

Fox has still posted solid passing numbers despite completing just 2 of 9 passes last week, completing 190 of 337 attempts for 2,516 yards and 32 TDs against nine interceptions. Alex Carlson, who did not catch a pass last week although coming up with the game-saving interception late in the game, is Fox’s top redeiver with 85 receptions for 1,010 yards and 13 TDs. Dylan Hanna (27-603, 12 TDs), Andrew Brubaker (29-259, 1 TD) and Mattie Brubaker (19-256, 3 TDs), who caught both of Fox’s passes last week with one going for the game’s lone TD, are other receiving targets.

Eisenhower/Reynolds D10 1A Football Title Game Moved to Titusville
Trio of Champions to be Crowned in District 10; McDowell, Meadville Hit the Road for Subregionals
This website or its third-party tools process personal data.In case of sale of your personal information, you may opt out by using the link Do not sell my personal information.
×
Manage consent