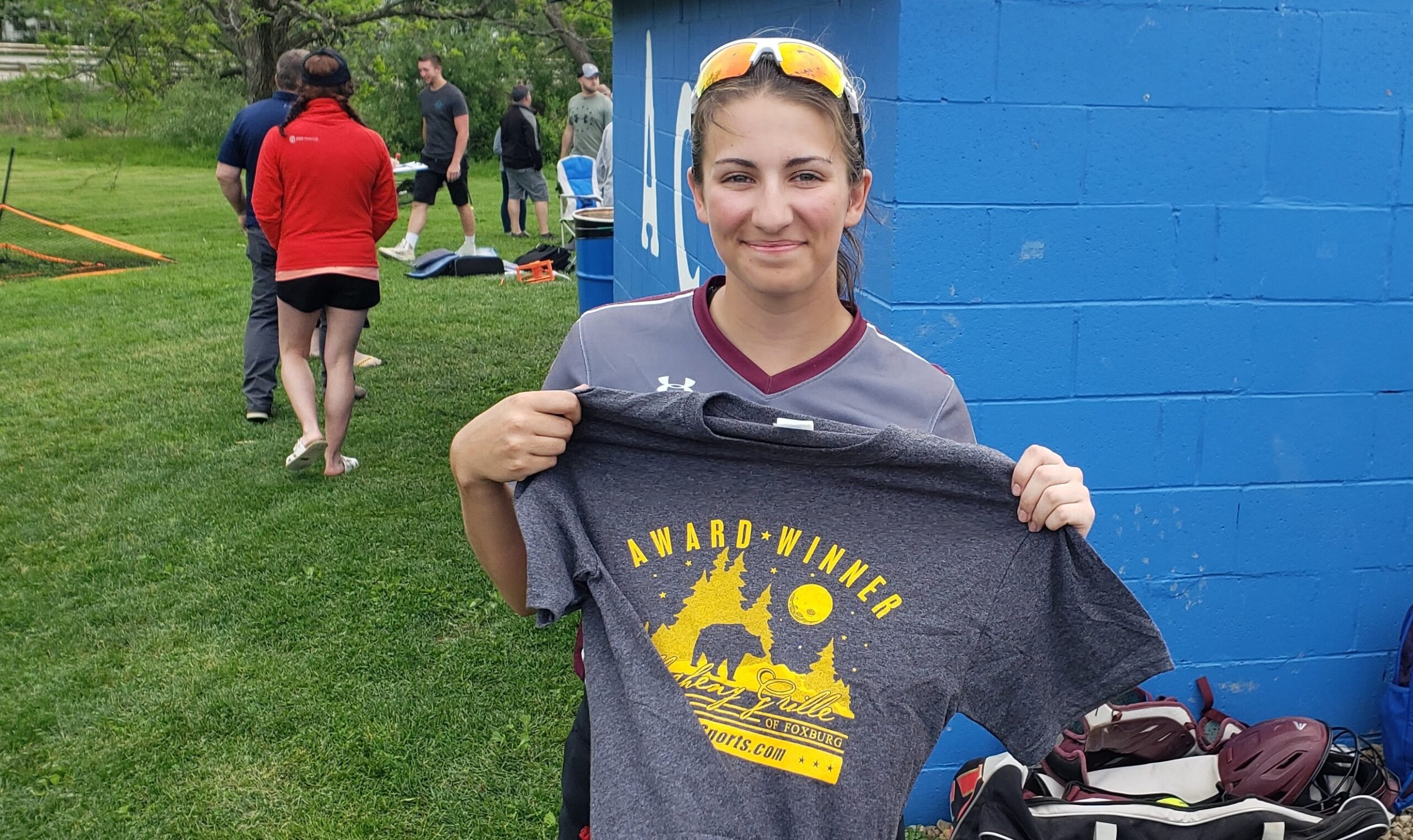 WEST FREEDOM, Pa. – In a game featuring big-time hitters on both sides of the field, it was Cranberry’s No. 2 hitter, Reyna Watson, who outshone them all.

Watson had a pair of bases-loaded, bases-clearing doubles to help third-seeded Cranberry vanquish second-seeded Keystone, 12-7, in the District 9 Class 2A semifinals at David L. Wetzel Memorial Park in West Freedom.

“(Those) were pretty big,” Watson, who went 3-for-5 with three doubles and the six RBIs while being named the Allegheny Grille of Foxburg Player of the Game, said. “I like hitting. I was keeping my head down and swinging the bat.”

Watson’s doubles came in back-to-back innings – the second and third – and helped Cranberry open up an early 9-2 lead.

“It was very important (to get up early),” Watson said. “We needed this win.”

With the game tied at two in the top of the second, Rylee Coe reached first on a strikeout wild pitch to start the inning, Lexi Reisinger doubled her to third with one out, and Oliva Plummer drew a full-count walk.

Watson then drove a ball into left field that left fielder Gabby Wolbert took a couple of steps in on only to see the ball take off in the jet stream over her head for the three-run double.

Kendall Findlay followed with a double to make it 6-2 Berries.

In the third, a pair of Keystone errors on the first two batters of the inning and a one-out walk to Reisinger set the stage for Watson, who came to the plate with two outs against Natalie Bowser, who took over in the circle for Leah Exley at the start of the inning.

Bowser fell behind Watson 2-0, and then Watson drove a ball into the left-field corner clearing the bases again and pushing the Cranberry lead to 9-2.

A pair of wild pitches in the fifth inning helped the Berries extend the advantage to 11-3, and they needed those runs because Bowser took over at the plate hitting a pair of two-run home runs in the final three innings.

Bowser’s first shot came in the fifth with Wolbert on base and was a monster shot over the left-field fence to cut the Cranberry lead to six, 11-5.

Then, with the Berries leading 12-5 in the seventh, Bowser hit another home run. This was was a laser shot to straightaway center on a line drive that couldn’t have been more than a foot or so above the fence.

With the two home runs, Bowser finished her junior season with 11 more dingers to give her 25 in her two-year career. She also hit .627 with 30 RBIs in 17 games.

But Bowser’s power wasn’t enough for the Lady Panthers, who dropped a third game this season to Cranberry.

The win means Cranberry is back in the District 9 2A title game for the first time since 2019 (of course there was no 2020 season because of COVID-19). It is the Berries’ fifth trip to the 2A championship game in the past six seasons with titles coming in 2018 and 2019.

“It feels pretty good,” Watson said. “It’s good to be back. It clicked from there (the beginning of the season. We all got along pretty well.”

In addition to Watson’s big day, Alaina Hogue and Findlay each added a pair of RBIs with Findlay going 2-for-5 with a pair of doubles and Hogue going 1-for-4 with a double. Hogue’s double in the first inning gave the Berries a 2-0 lead.

Wolbert was 2-for-3 with three runs scored for Keystone adding to Bowser’s offense for the Panthers.

Alisha Beggs got the win going six innings allowing five runs, four earned, on six hits, and a walk while striking out four. Watson went one inning allowing two earned runs on a hit and a hit batter. She struck out one.

Cranberry will take on top-seeded Johnsonburg in the title game Monday at Heindl Field in DuBois.

BROCKWAY, Pa. – Julie Peterson fired a seven-hit shutout to lift Johnsonburg into the District 9 Class 2A title game for the first time since 2018 with a 6-0 win over Curwensville in the semifinals at Brockway High School.

“I am just so excited,” Peterson said. “This is crazy.”

Peterson walked two and struck out seven while holding the Lady Tide off the board for just the second time this season.

“I threw everything,” Peterson said. “They were definitely catching on to my changeup, but I just threw by screw. I worked with it and got it done.”

Peterson worked through raindrops most of the game with Curwensville having two on and no one out in the first and the fourth, a runner at second and one out in both the second and third, and two on with two outs in the sixth.

“Not at all,” Peterson said when asked if her approach changes at all with runners in scoring position. “I focus on my defense. I know I can pitch well. I have my defense behind me, and we get it down.”

Peterson also played a big role in the Ramettes’ offense going 2-for-3 with a double and two runs scored.

“Knowing I can do it on both sides feels great,” Peterson said. “I have confidence not only in myself but in everyone else on the team to hit and make the plays.”

Joslynne Freyer was 2-for-4 for Curwensville.

Johnsonburg, the top seed, will take on third-seeded Cranberry in the title game Monday at Heindl Field in DuBois. It is a rematch of the 2015 title game won by Cranberry, 5-3.

“We have to do exactly what we have been doing,” Peterson said. “We just have to keep practicing hard and deliver on the field.”

D9 1A SB Semifinals: Forest Area in D9 Title Game for First Time; Two-time Defending Champ DCC Wins Powered by North Washington Rodeo
May 26, 2022 D9/10 Baseball/Softball Schedule Powered by the BHL Sportsperson of the Year Award
This website or its third-party tools process personal data.In case of sale of your personal information, you may opt out by using the link Do not sell my personal information.
×
Manage consent