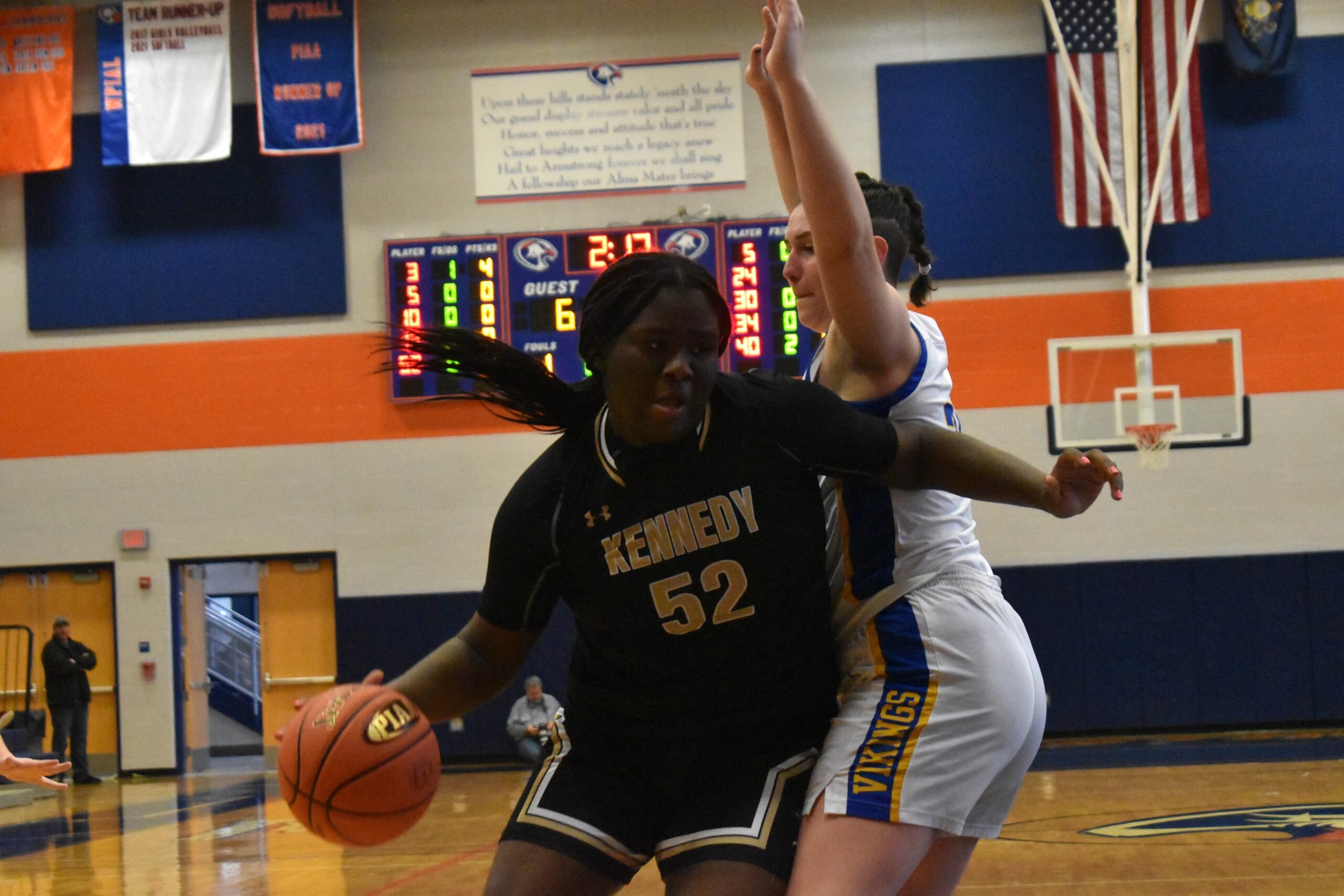 Plenty of talent returns across the District 10 basketball landscape for the 2022-23 season, which will feature plenty of changes, including new regions and new classifications.

On the boys’ side, there are nine teams that have changed classification. Of note, General McLane, the defending 5A champion, is moving from 5A to 4A, leaving Cathedral Prep and Meadville as the only two teams in Class 5A.

Another defending champion, Fairview, moves from Class 4A to 3A, while Kennedy Catholic goes back down to Class 1A.

Oil City and Meadville will drop to Class 3A, while Rocky Grove, Cochranton, and Youngsville are now down to 1A.

George Junior Republic, which hasn’t fielded a team the last two seasons due to COVID, is back in the fray in Class 2A.

On the girls’ side, Kennedy Catholic, the defending PIAA Class 1A runner-up, makes the leap to Class 2A this season, joining the likes of West Middlesex, Cambridge Springs, and Maplewood, with Farrell, Iroquois and Lakeview also in Class 2A.

Class 1A: Farrell
Class 2A: Kennedy Catholic
Class 3A: Franklin
Class 4A: Fairview
Class 5A: General McLane
Class 6A: McDowell

Kennedy Catholic lost plenty of firepower from last year’s team in Elijah Harden, Malik Lampkins-Rudolph, and Gio Magestro, but Rick Mancino, back at the helm, will have plenty of talent returning.

Rocky Grove, Farrell, and Jamestown have preseason All-District players in D’Andre Whitman, Lamont Samuels, and Cam Keyser as well as well-rounded rosters, while Cochranton also figures to be in the mix, led by Landon Homa and Chase Miller.

Preseason All-District player Richie Preston leads a talented West Middlesex squad that should be considered on a short list of favorites here.

Brady Greco and Hank Shaffer figure to lead a talented Saegertown squad, while Cambridge Springs is always a contender. Sharpsville played a brutal schedule a year ago and didn’t go to the playoffs, but should be in contention this season, as should Eisenhower, with George Junior Republic as a potential wildcard.

The 2021-22 D9and10Sports Player of the Year, Easton Fulmer, has graduated and is now at Edinboro, but the Knights are still loaded, led by junior Damon Curry.

Fairview makes the move to Class 3A and must replace a pair of talented players in Logan Frazao and James Sitter, but coach Pat Flaherty’s squad should be firmly in the mix here.

Oil City, which made the Class 4A title game a year ago, should be squarely in contention as well.

Seneca had a breakout year a season ago but must replace a number of key players.

This class should be a lot of fun to watch play out, as Hickory is always a contender, having qualified for the state playoffs a year after nearly winning a state title.

Grove City, Warren, Slippery Rock, and defending Class 5A champion General McLane all figure to be in contention and are led by extremely talented backcourts. Also, look out for Harbor Creek here.

This will be a battle between Cathedral Prep, the 2021 state champion, which returns a deep roster, and Meadville, led by Simmons, the top returning scorer in D10.

This will be a battle between McDowell and Erie, with the Trojans winning in overtime a year ago for the D10 crown. Both teams have plenty of talente returning.

Just four teams – Commodore Perry, Jamestown, Youngsville, and Rocky Grove make up Class 1A. All four had losing records a season ago, making for an interesting race.

Defending PIAA Class 1A runner-up Kennedy Catholic, led by Layke Fields and Hayden Keith, figures to be the favorite here, but this classification is absolutely loaded.

Cambridge Springs, led by Makenzie Yanc and Hailee Rodgers, is always a contender, as is West Middlesex, which must replace a pair of 1,000-point scorers in Emily Anthony and Carlie Beatty.

Sadie Thomas, a preseason All-District selection, is one of a number of players that return for a talented Maplewood squad, several of whom played key roles in helping them to a PIAA volleyball title in the fall.

Don’t count out Lakeview, Saegertown, and Farrell, either.

Greenville returns almost the entirety of its squad that won the 2022 D10 title and is definitely considered a favorite here.

Sharpsville returns a talented core of players, including Chasie Fry and Tori Kimpan, as does Mercyhurst Prep with preseason All-District selection Olivia Kulyk, as well as Lillirose Lang.

Warren has won three of the last four D10 titles in Class 5A and now looks to do so in Class 4A. They have a deep roster but must replace a pair of four-year starters and 1,000-point scorers in Riley Childress and Emma Ruhlman.

Fairview went unbeaten in the regular season a year ago and is looking to take it further after being knocked out in the D10 playoffs in 2022. They return last season’s D9and10Sports.com Player of the Year in Hope Garrity amongst a talented roster.

Habor Creek, led by Brooke Przybylski and Samathana Zank, returns a number of key players as well, as does Conneaut.

Prep is the only D10 team in Class 5A and figures to be a contender for a deep playoff run, led by Division I prospect Jayden McBride.

It will be McDowell and Erie in Class 6A, with Beth Crider taking over a talented group at McDowell, led by Caylen Spano and Jessica Hetz.

Dec. 1, 2022 Small College Hoops: Brooks Helps La Roche to Win
Watch Live: Maplewood vs. Punxsutawney Girls’ Basketball
This website or its third-party tools process personal data.In case of sale of your personal information, you may opt out by using the link Do not sell my personal information.
×
Manage consent