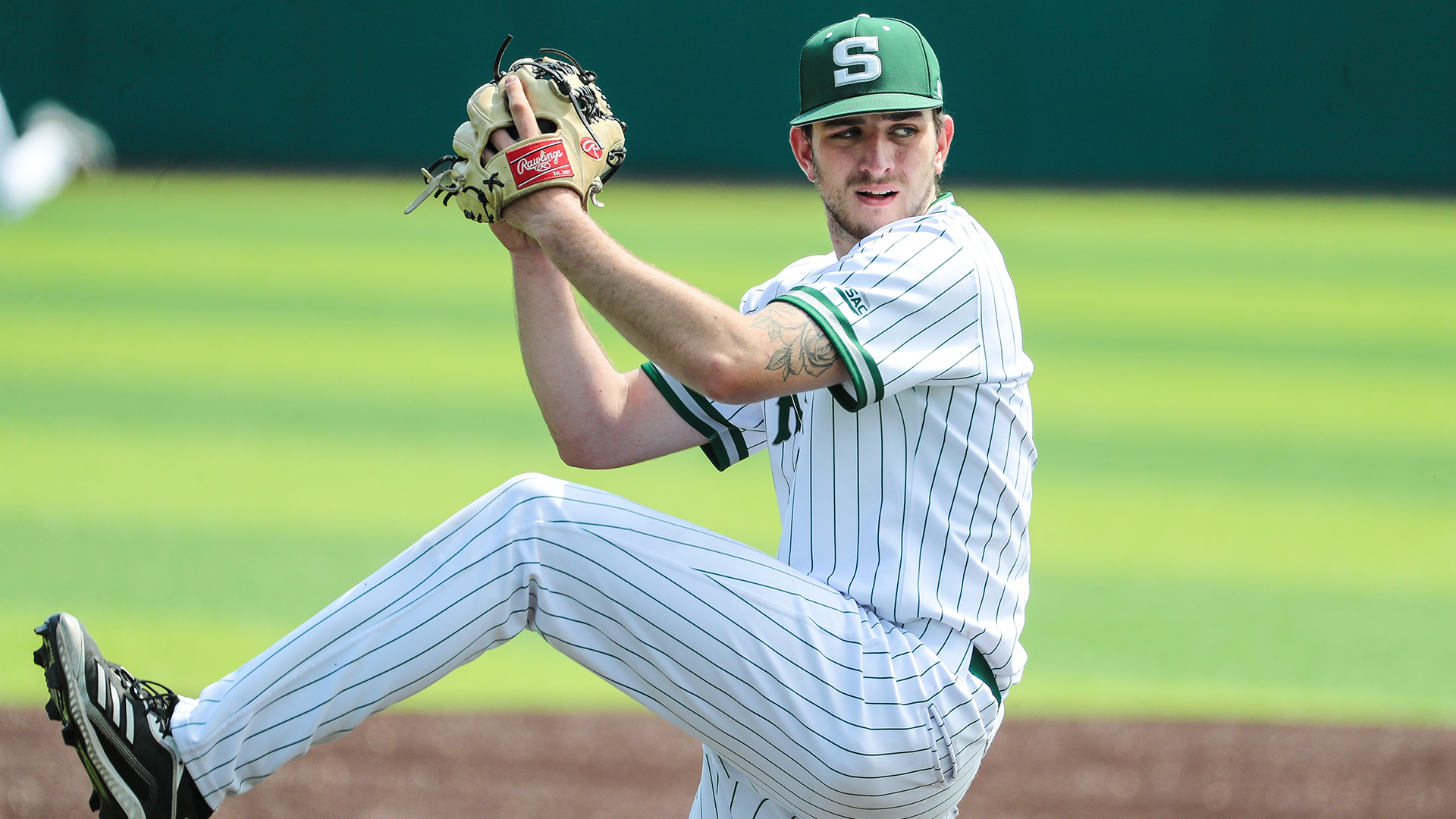 Mineo was dominant on the mound for The Rock as he clinched a series victory over No. 17 Seton Hill last week with another stellar performance. Mineo threw a complete-game shutout, his second such of the season, as part of a 3-0 Rock win against the nationally-ranked Griffins. Mineo (4-1) was nearly flawless on the mound for The Rock as the lanky hurler allowed just three hits without surrendering a walk to go with eight strikeouts on 94 pitches.

McCall hit .438 with six runs, a home run, five walks, had two stolen bases, and slugged .625 in helping the Eagles to a 3-1 record last week. In the 2-1 win over Charleston, McCall singled, stole second, was sacrificed to third, and then scored for the early lead. In the series against Gardner-Webb, she batted .500 starting off 3-for-4 with two runs and two RBI in the opener. In game two she had two hits and a run before finishing with two walks, two runs, and a steal in the final game.

Marsden, meanwhile, won all three of her appearances, all complete games, with two shutouts, a 0.37 ERA, nine hits allowed, one run, one walk, and 15 strikeouts in 19 innings pitched. With a 2.32 ERA and 111 strikeouts this season, she surpassed Grace Vesco for the team lead and is tied for the NEC lead in ERA. She also leads the conference with 25 appearances, 17 complete games, 14 wins, four shutouts, and 135.2 innings pitched.

At the plate, Marsden hit .500 with six runs scored, five doubles, one home run and six RBIs. She is now tied for the NEC lead with nine home runs and 26 RBIs.

Thiel, Slippery Rock Finish Second at NCA/NCA Collegiate Cheer and Dance Championships
Union City Grad Reynolds Earns PSAC Softball Honors for Mercyhurst
This website or its third-party tools process personal data.In case of sale of your personal information, you may opt out by using the link Do not sell my personal information.
×
Manage consent