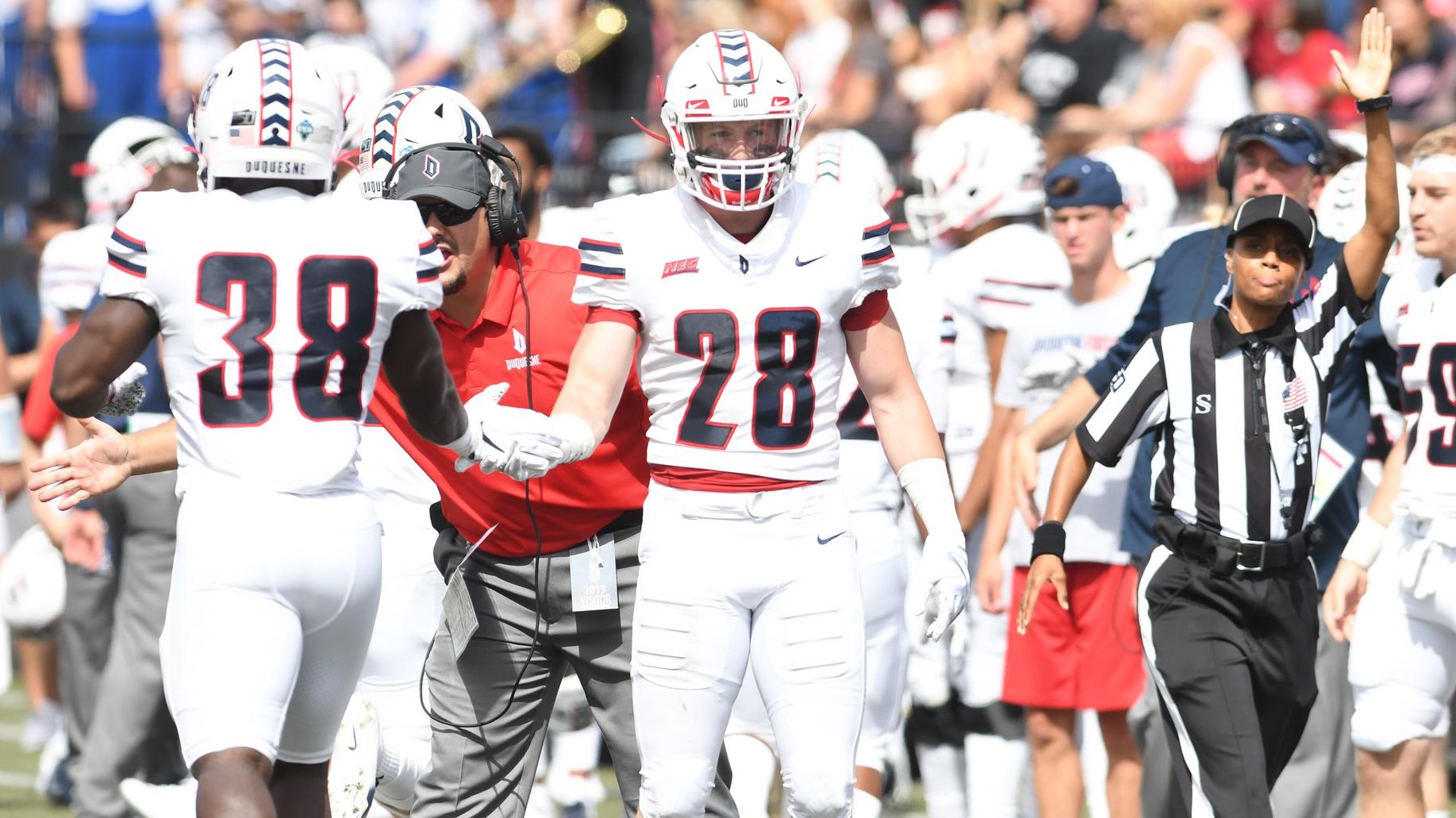 DeMedal finished with eight tackles with seven solo stops and 2.5 tackles for loss to go with an interception and a pair of pass breakups for Duquesne. He helped the Dukes’ defense keep the Bulldogs out of the end zone in the final three quarters of action.

With Duquesne holding a 20-10 lead, DeMedal picked off Bryant quarterback Ryan Clark with just under five minutes to play to preserve the Dukes’ advantage. Four of his tackles, the interception and two pass breakups all came in the fourth quarter for the Dukes.

Lucas toted the ball 26 times for 110 yards with a touchdown in a game when Duquesne relied heavily on the run game with the rainy conditions.