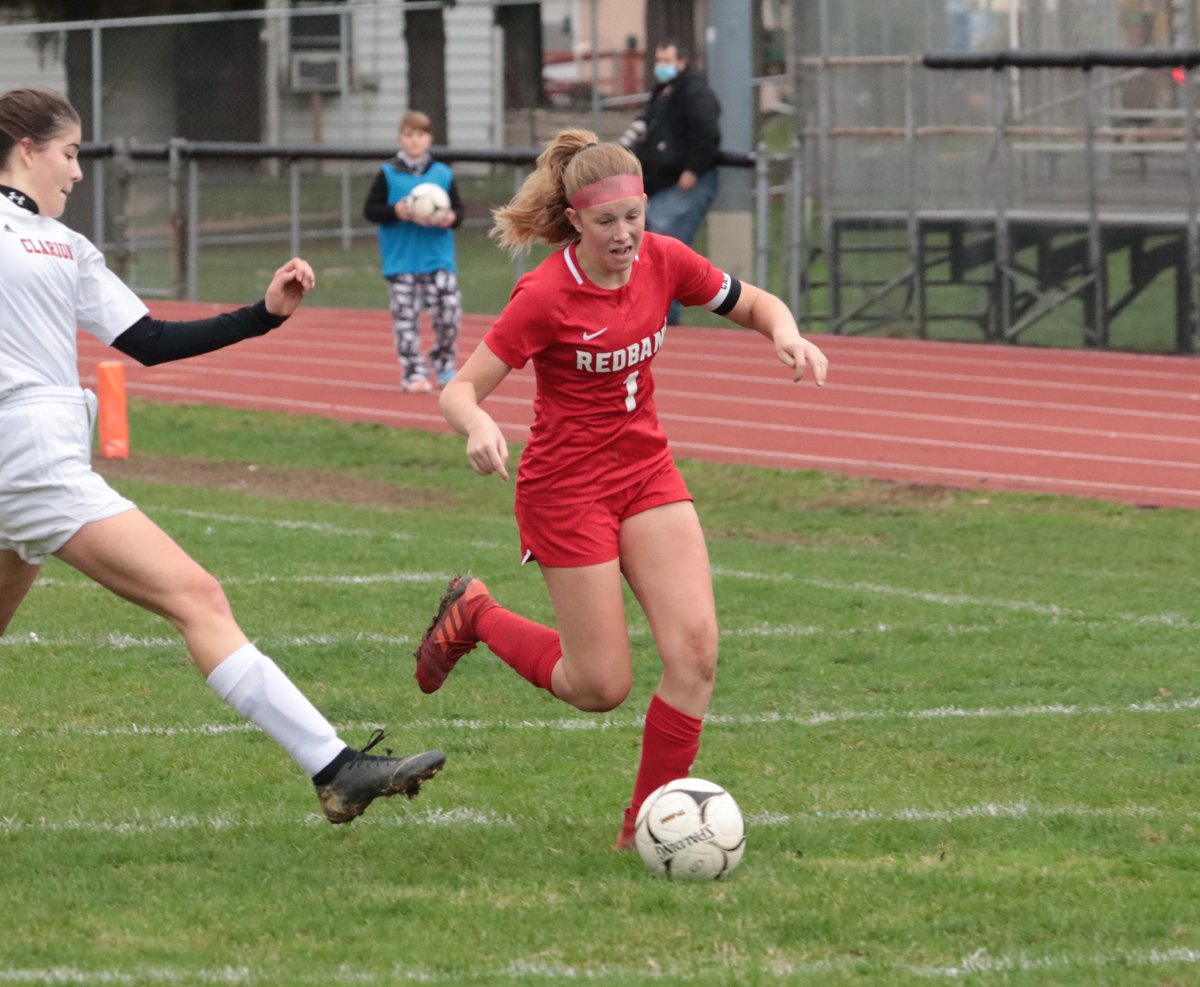 Laughlin recorded a hat trick as the Lady Bulldogs beat Clarion 3-1 on their home field to advance to the District 9 Class 1A title game.

Laughlin scored one of her goals in the first half at the 17:29 mark on a direct kick, a lead that held until the early stages of the second half.

The game was played mostly in the midfield with both defenses wound tight. Clarion’s senior captain, Jenna Miller kept the Redbank offense honest by shutting down continual attacks with her flank, covered by defenders Ruby Smith, Robyn Stahlman and Hannah Hazlett.

Her second goal early in the second half was nearly identical to the first, giving Redbank a 2-0 lead.

The momentum for the Lady Cats was short-lived, as Loughlin fired a shot from the left wing, beating Clarion keeper Chesney Boggess for an all-important insurance goal

With the win, Redbank Valley will meet Brockway in the title game on Nov. 5 at Brockway.

BROCKWAY, Pa. – Amanda Decker scored a pair of second-half goals as Brockway advanced to the D-9 Class 1A title game with a 4-1 win over Port Allegany.

Paris Stern scored less than three minutes into the game on a deep shot to give the Rovers a 1-0 lead. It turned out to be the only goal of the first half.

Decker scored on a long shot less than five minutes after halftime to give the Rovers a 2-0 lead, and Danielle Wood scored on a nice pass from Stern to make it 3-0 with 19:46 to play.

Decker put the cap on her great game on a feed from Lily Sysko with just over 10 minutes to play.

Bree Garzel scored from deep as time expired to account for the Gators’ goal.

Rylee Welsh had five stops for Brockway and Jennifer Baxter 10 for Port A.

(Andy Close contributed to this story.)

Oct. 28 VB Recaps: Maplewood, Fort LeBoeuf Gain Victories
D-9 Boys Soccer Playoffs: DuBois Advances in Class 3A, Brockway in 1A
This website or its third-party tools process personal data.In case of sale of your personal information, you may opt out by using the link Do not sell my personal information.
×
Manage consent