D-9 Boys Soccer Playoffs: DuBois Advances in Class 3A, Brockway in 1A 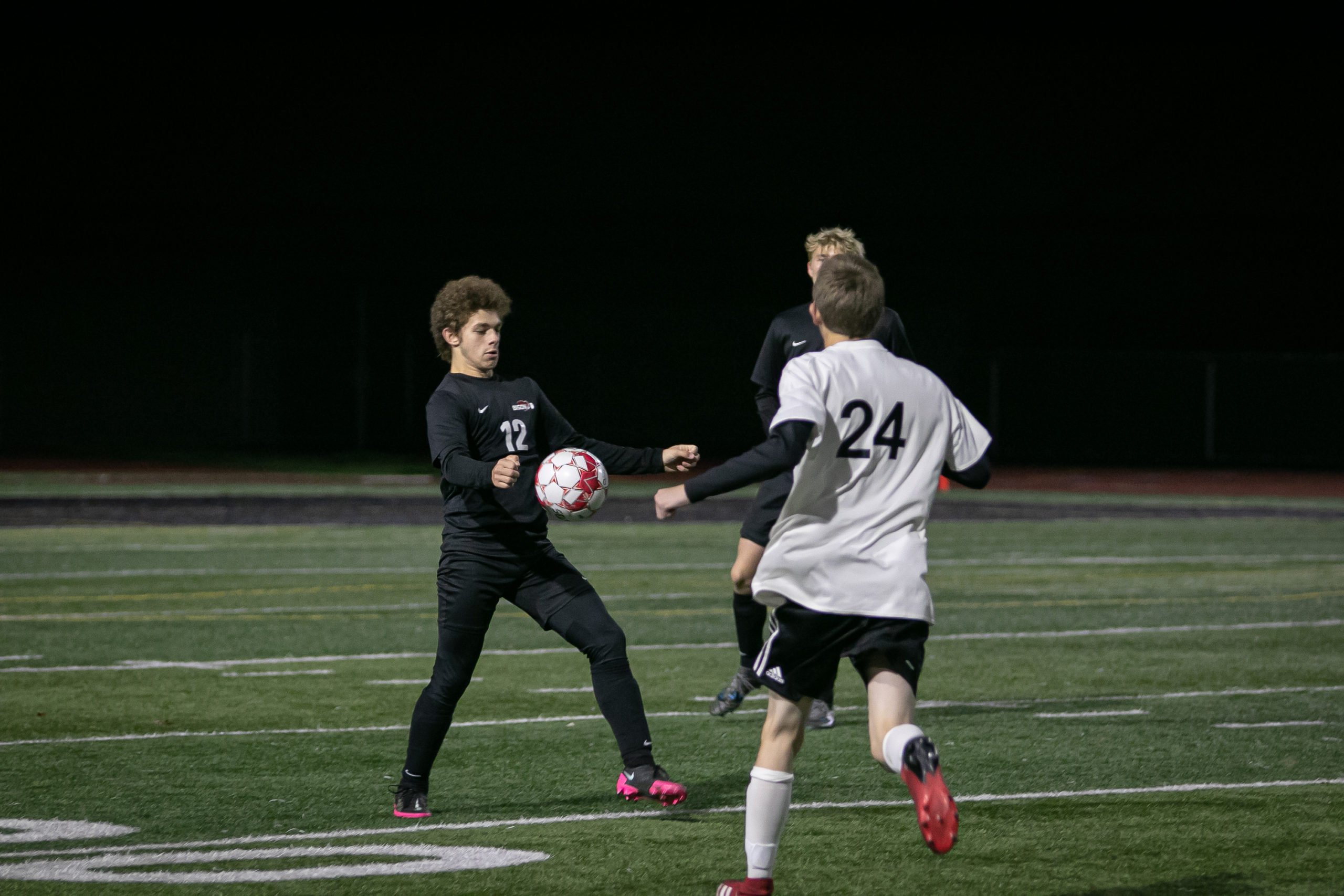 HYDE, Pa. – Behind a pair of first half goals from Nicholas Graeca, third-seeded DuBois topped second-seeded Clearfield, 2-0 in the District 9 Class 3A Semifinals.

Graeca got the Beavers on the board and netted the first goal at the 33:46 mark thanks to Justin Kalgran, who set up the give-and-go goal

“We ended up winning the ball in the middle,” Graeca said. “I ended up passing the ball to (Kalgran) and he faked the shot and slid me through.”

Less than two minutes later, Graeca found his way past the Bison defense down the middle and beat Bison goalkeeper Graeson Graves with a shot just out of reach on the left side to give the Beavers a 2-0 lead.

The Bison kept battling back in the second half but couldn’t get any lucky breaks.

Nick Ryan and Cole Miller each got a pair of shots on goal while Luke Sidorick came the closest with a shot that hit the crossbar that would’ve made it 2-1 late in the game.

Despite the loss, Graves made eight saves for the Bison.

DuBois will advance to the 3A Championship game against top-seeded Bradford on Monday, November 2nd at Frank Varischetti Field in Brockway.

“It’s a big thing. I’m a senior this year.” Graeca said of earning a trip to the title game. “It’s an honor to get there and I couldn’t do it without the team behind me.”

BROCKWAY, Pa. – Ryan Lin scored a pair of goals as Brockway punched its ticket to the D-9 Class 1A title game with a 5-0 blanking of Coudersport.

Alex Carlson, Noah Bash and Jared Marchiori also found the back of the net for the winners, while Dom Inzana notched a pair of assists and Nolan Swanson and Marcus Bennett one each.

Lewis Painter and his defense combined on the clean sheet.

The Rovers advance to play Clarion-Limestone in the championship game.

D-9 Girls Soccer Playoffs: Redbank Valley, Brockway Will Meet For Class A Title
District 10 Releases 2020 Girls’ Volleyball Brackets
This website or its third-party tools process personal data.In case of sale of your personal information, you may opt out by using the link Do not sell my personal information.
×
Manage consent