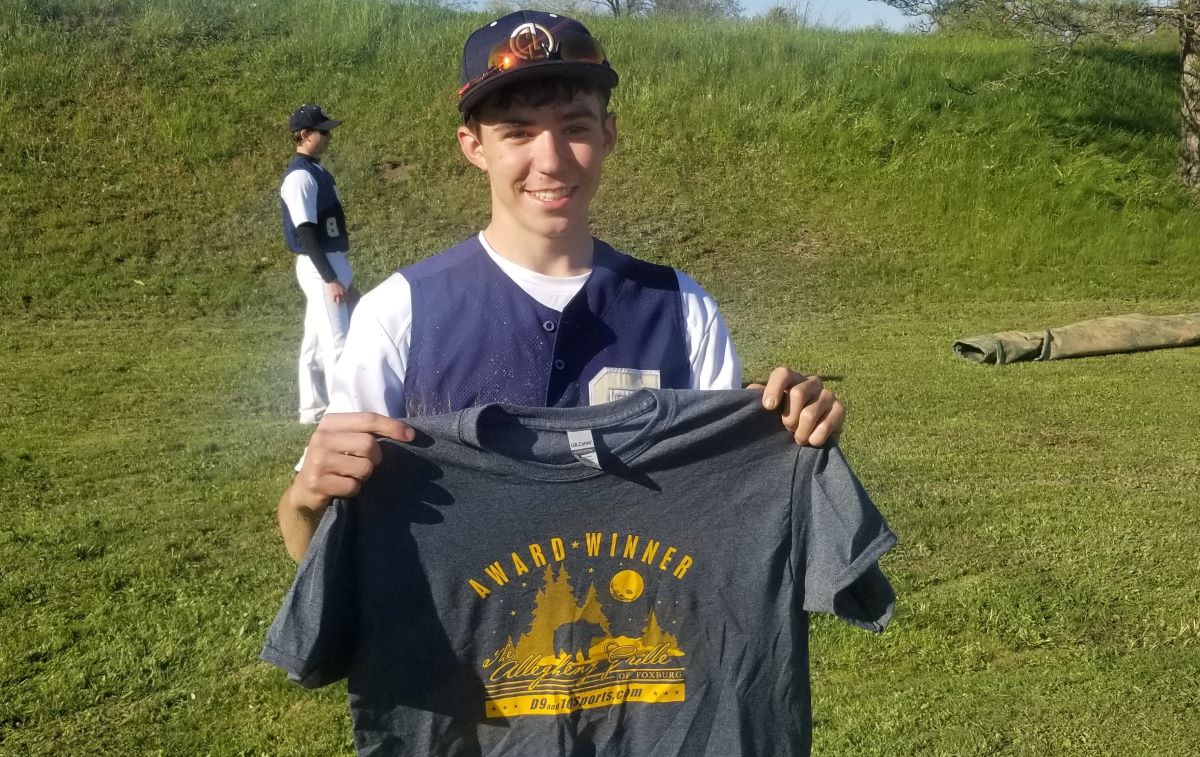 Huwar gave up one unearned run on three hits, a walk, and a hit batter while striking out 14.

Watch highlights from the game

Huwar was the victim of some bad luck in the seventh or he would have a had shutout.

His strikeout of Riley Bauer ended with Bauer at first base on a wild pitch, and then a two-out fly ball to left by Zeke Causey was dropped by left fielder Jake Smith allowing Bauer to score the Falcons lone run.

Huwar was efficient most of the day and only ended up with 99 pitches because of a 22-pitch seventh inning. He threw seven pitches in a 1-2-3 third and 13 in a 1-2-3 fourth when he struck out the side looking.

Watch Huwar get Gary Amsler to strike out looking in the fourth inning.

Helping himself at the plate, Huwar broke a scoreless tie in the third inning with a two-run home run to center. He finished the game 2-for-4 with a walk, a run scored, and two RBIs.

Coulson got into the long-ball act when he crushed a three-run home run in the fourth to put the Lions ahead 5-0.

“I am pretty sure it was a fastball,” Coulson said of the pitch he hit the home run off of. “That was really my speed right there. I just stayed calm and made contact. I took a glance (as he rounded first) and it was in the minor league field over there. It was a good feeling.”

Coulson, who was named the Allegheny Grille of Foxburg Player of the Game, was 4-for-5 with two runs scored and four RBIs. He also made a diving catch in center field to start the bottom of the seventh.

“I got a pretty good jump on it,” Coulson said of his diving catch. “I didn’t think it was going to be as shallow as it was. But unfortunately, it was right in the mud puddle, so a little messy.”

Tommy Smith added a double, was hit by two pitches, scored a run, and drove in a run (on a bases-loaded hit by pitch) for C-L as well.

Bauer was 2-for-3 with the run scored for A-C Valley.

Max Lowery pitched a ⅓ of an inning giving up two runs on a hit, two walks, and a hit batter. Alex Preston threw 1 ⅔ of sharp relief. He came in with the bases loaded and just one out in the fifth and allowed just one inherited runner to score. In all, he didn’t allow a run of his own while giving up two hits and striking out two.

May 10, 2021 D9 Baseball: Brookville Holds off DuBois; Clarion Rallies to Beat Karns City in Eight; ECC Beats Kane
May 11, 2021 D9/D10 Baseball/Softball Scores Powered by the BHL Sportsperson of the Year Award
This website or its third-party tools process personal data.In case of sale of your personal information, you may opt out by using the link Do not sell my personal information.
×
Manage consent