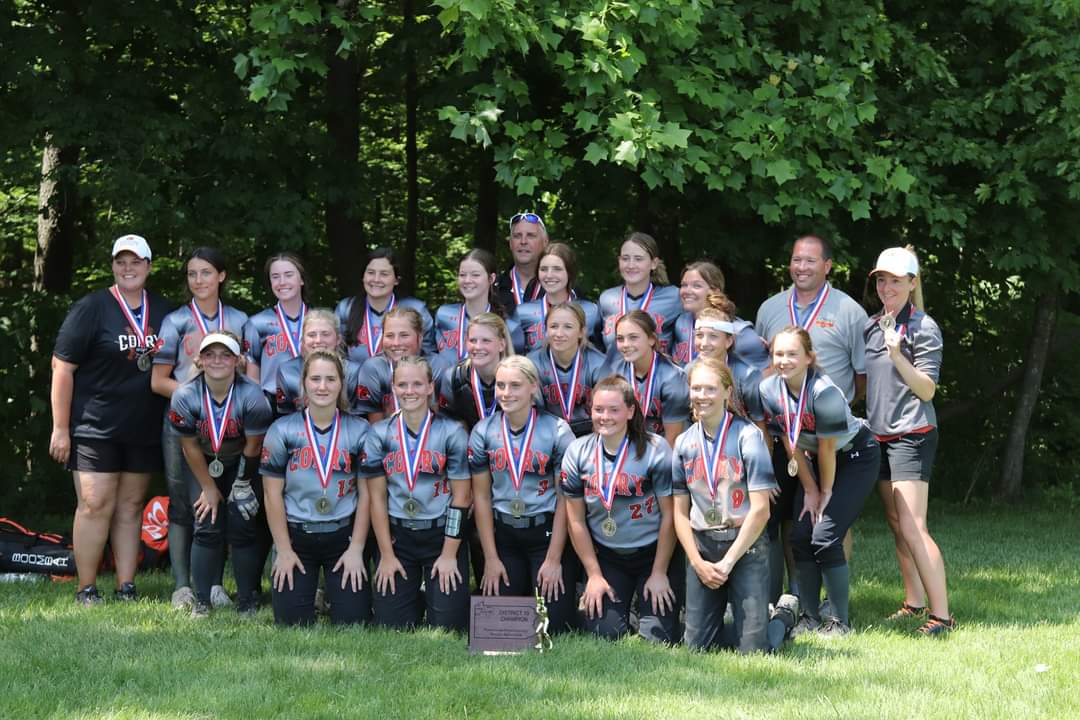 ERIE, Pa. – Alli Goodwill’s bunt single in the top of the seventh inning broke a scoreless tie and helped lift Corry to a 2-0 win over Harbor Creek in the District 10 Class 3A championship game.

The play brought in Lexy Hasbrouck, who singled to start the inning as the Beavers captured their 13th D10 title in program history.

An error on a ground ball off the bat of Lexi Frisina allowed the second run to come across for Corry.

Frisina went the final five innings in relief to get the win, allowing just three hits, striking out two, and walking two.

Corry will face the loser of the WPIAL championship game between the loser of Avonworth and Deer Lakes (that game is Wednesday), while Harbor Creek will take on D9 champion Johnsonburg in the first round of the PIAA playoffs.

Fairview Gets Hard-Fought Win Over Franklin for D10 3A Baseball Gold Powered by North Washington Rodeo
Herman, Reynolds Top Seneca for D10 Class 2A Softball Title Powered by North Washington Rodeo
This website or its third-party tools process personal data.In case of sale of your personal information, you may opt out by using the link Do not sell my personal information.
×
Manage consent