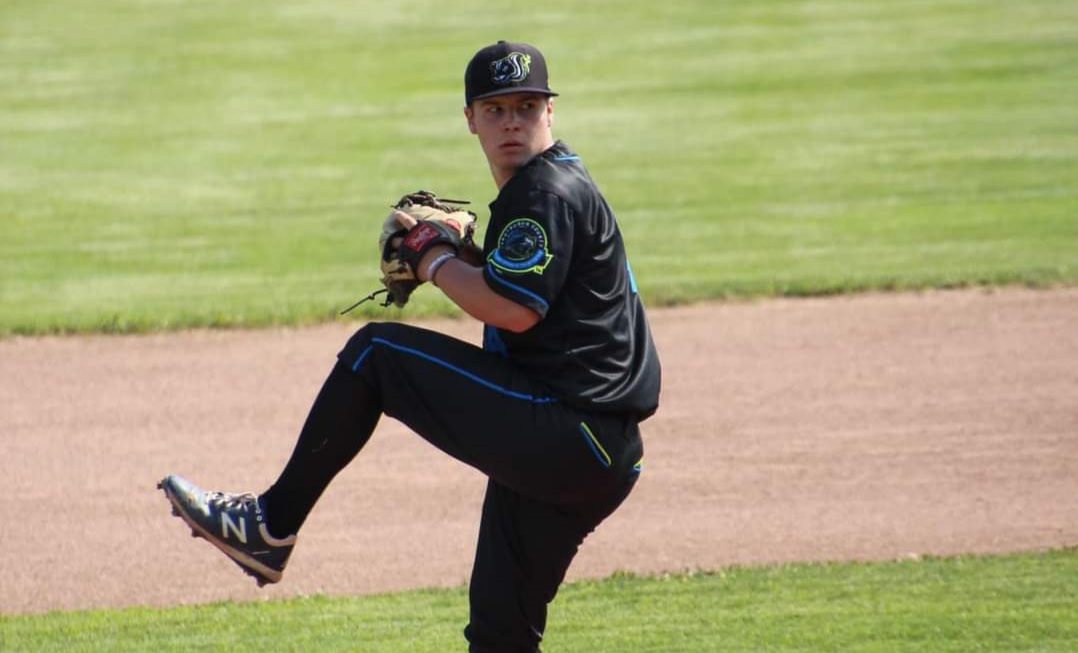 The former Warren Dragon standout’s walk-off hit in the District 10 championship game in 2019 will be something that is talked about for years to come.

All his hard work and dedication led him to Mercyhurst University, where he just completed his freshman season as a pitcher for the Lakers. During the spring, there was also the matter of finding a summer league team to play on.

And what better opportunity than to potentially play close to home, which is what led to him looking into the Jamestown Tarp Skunks of the Perfect Game Collegiate Baseball League.

“I looked into the Tarp Skunks and decided I wanted to play for them, so I discussed it with my assistant coach,” Rafalski said. “They talked to the team and coach (Jordan Basile) for the Tarp Skunks to get me on.”

The league consists of 16 teams throughout the state of New York, and for Rafalski, the chance to play for a team that is just up the road about 20 miles was an opportunity too good to pass up

“It is super exciting playing close to home knowing that a bunch of friends and family can come to see me play for a great organization,” Rafalski said. “Jamestown is a great environment to play in with all the fans that are there to support us.”

He is coming off a freshman year at Mercyhurst that was a success, but also a learning experience. The Lakers, one of the top Division II teams in the country, are loaded with talent, and many of the high school standouts that go there have to wait their turn, so to speak.

“My first year at Mercyhurst was good, but a different experience,” he said. “Academically it was great, I got a 3.6 (GPA) in the first semester and a 4.0 in the second semester. Baseball-wise, it was a little different experience for me since I am not used to not playing as much. It was a great experience, though, learning from the older guys on the team.”

And he learned a lot.

“Some of the most important things I learned in year one is how great of friends I gained from being on the baseball team and the importance studying has on improving my grades,” he said.

With the Tarp Skunks, he is part of a 29-man roster that includes players from 12 different states, including California, Florida, and New Mexico.

It’s a group of baseball players from a lot of different backgrounds, but with the same goals in mind – to get better, win some games and have fun along the way this summer.

“It has been a great experience so far with the Tarp Skunks,” Rafalski said. “Even though almost all the team is from different schools, we all get along great and find ways to win as a team. I feel like it will be a very successful year for all of us and I’m looking forward to it.”

The Tarp Skunks are off to a 6-2 start, tied for first place in the Western Division along with Geneva. The other teams in their division include Elmira, Batavia, Niagara, and Newark.

The East Division consists of Amsterdam, Saugerties, Albany, Glens Falls, and Oneonta, and the Central Division Utica, Watertown, Mohawk Valley, and Auburn. Some of those towns were part of the old New York Penn League.

Rafalski has done well so far. In four games, including a pair of starts, he has pitched to the tune of a 1.63 ERA in 11 innings, allowing 11 hits, striking out nine, and walking five.

There will be plenty of opportunities to see Rafalski and the Tarp Skunks in action at home at Russell E. Diethrick, Jr. Park, including Wednesday at 7 pm. and this Friday at 7 p.m.

“My biggest goal for the summer is definitely to get as much pitching as possible against the great competition in this league to prepare myself for a bigger role at Mercyhurst next year,” Rafalski said.

St. Marys Graduate Joe Beimel Signs Minor League Deal with Padres
Around the Minors: Several District 9 and District 10 Alums off to Strong Starts
We use cookies on our website to give you the most relevant experience by remembering your preferences and repeat visits. By clicking “Accept All”, you consent to the use of ALL the cookies. However, you may visit "Cookie Settings" to provide a controlled consent.
Cookie SettingsAccept All
Manage consent