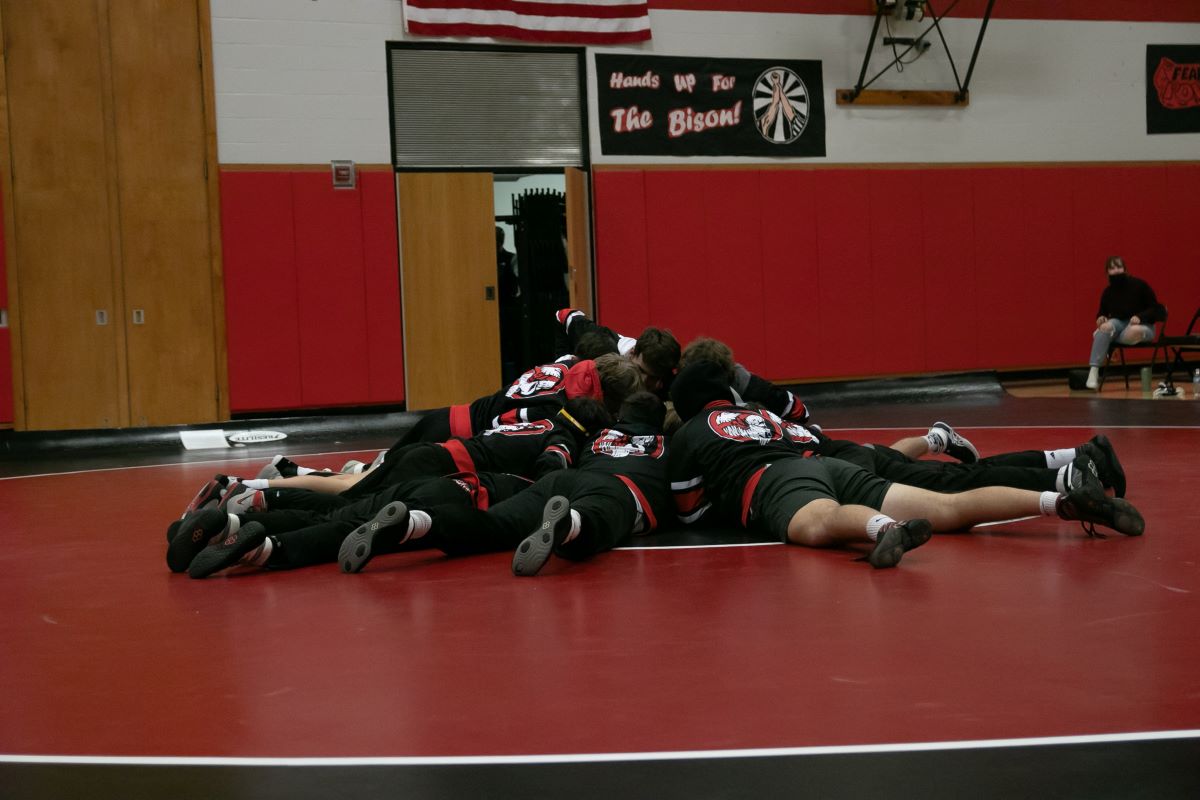 CLEARFIELD, Pa. – Clearfield snapped Brookville’s streak of 92-straight dual wins on the mat against District 9 foes with a 45-27 win on Friday.

Brookville did have one forfeit in that span but was otherwise unblemished in D9 action since a loss to Redbank Valley in 2013.

The Bison, who are in Class 2A this season, got five pins in the match courtesy of Adam Rougeux over Anthony Ceriani at 139, Brady Collins over Brecken Cielski at 145, Carter Freeland over Kolton Griffin at 172, Bryndin Chamberlain over Chris Carroll at 114 and Evan Davis over Jared Popson at 121.

Clearfield’s Ty Aveni was a tech fall winner (18-2) over Burke Fleming at 152, while Carter Chamberlain got a 14-0 major decision over Easton Belfiore at 189. Cash Diehl received a forfeit at 107.

For Brookville, Owen Fleming earned a 6-2 decision at 127, while Coyha Brown got a pin over Patrick Knepp at 160, as did Jackson Zimmerman against Aiden Rougeaux at 215 and Baily Miller at 285 against Eric Myers.