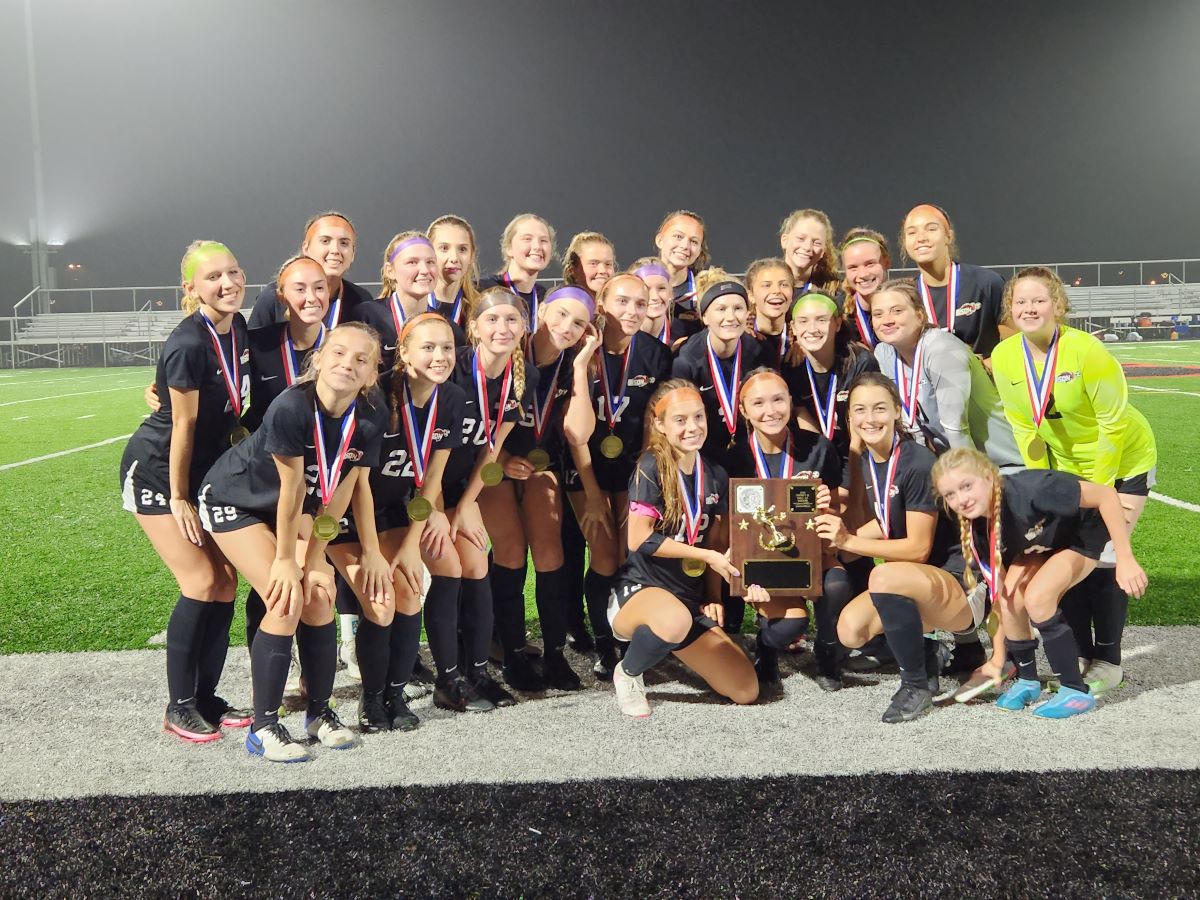 BROCKWAY, Pa. – After last season’s heartbreaking loss to Karns City for the District 9 title, Clearfield left no doubt this time around.

Elle Smith scored three goals and Alyana Winters and Riley Ryen had two each as the Lady Bison rolled to the Class 2A title, 10-0 over St. Marys from a rainy Frank Varischetti Field.

“I think it was huge,” Smith said about the motivation to come back this season after coming so close a year ago. “All season we were preparing for this.”

“It’s what we’ve worked for all season,” Ryan said.

See the full interview with Smith, Ryan, and Riley Ryen:

It took Clearfield (17-2) just under 10 minutes to score its first goal, with Smith scoring an unassisted goal 9:51 into the contest.

Elle Smith makes it 1-0 Clearfield just shy of 10 minutes into the game pic.twitter.com/mj3W6wRqVR

From there, it was a flurry, as the Lady Bison scored five goals in a 9-minute span to blow the game open.

“We stayed focused all season on this goal,” said Clearfield coach Todd Winters. “We’ve had good practices lately and we achieved one goal tonight. Now we just have to work on going forward to the next one.”

It was another offensive onslaught for Clearfield, which has now scored at least seven goals in eight of its wins this season.

Smith and Ryen tallied unassisted goals in the first-half spurt, while Winters scored off a Smith assist, coupled with an own goal.

“We’ve been working on some formation changes throughout the season, so our game is keeping the ball on the ground, passing it, maintaining possession, and trying to spread the defense out and get a good shot off,” Winters said. “Our girls got in good position and that opened up a lot of things for us.”

While the offense was doing its thing, the defense was dominant in front of keeper Cayleigh Walker. In fact, Walker didn’t see a single shot on net in the contest.

Clearfield’s Megan Hamm (9) pushes the ball up the field.

“St. Marys did a really nice job coming and defended us well,” Winters said. “They have a good, solid team. Once we got one in, we were kind of able to break the ice.

It was more of the same in the second half, as Ryen got the scoring right away off a feed from Smith.

Ryen's second goal of the game makes it 6-0 Clearfield early second half pic.twitter.com/RVNWslaEnI

Kaylie Brown, McKenna Lanager, and Winters also had goals in the second half, before Smith capped off her brilliant night with a goal in the closing moments. Lanager also had a second-half assist on Brown’s goal.

The program’s all-time leading scorer, Smith, who is committed to playing collegiately next season at IUP, also finished with four assists.

“I’ve been coaching Elle since she was U8,” Winters said. “Just her knowledge of the game, she knows where the ball is going to be. Her touches are great, and her shots are great. She works as hard as anyone I’ve ever met. She’s a pleasure to coach.”

With the win, the Lady Bison advance to play the winner of a subregional between District 5 and District 6 (teams TBD) in the first round of the PIAA playoffs on Nov. 8 (Tuesday).

It’s a challenge they are ready for.

“We’re excited,” Riley Ryen said. “We think we can win the next game and keep going.”