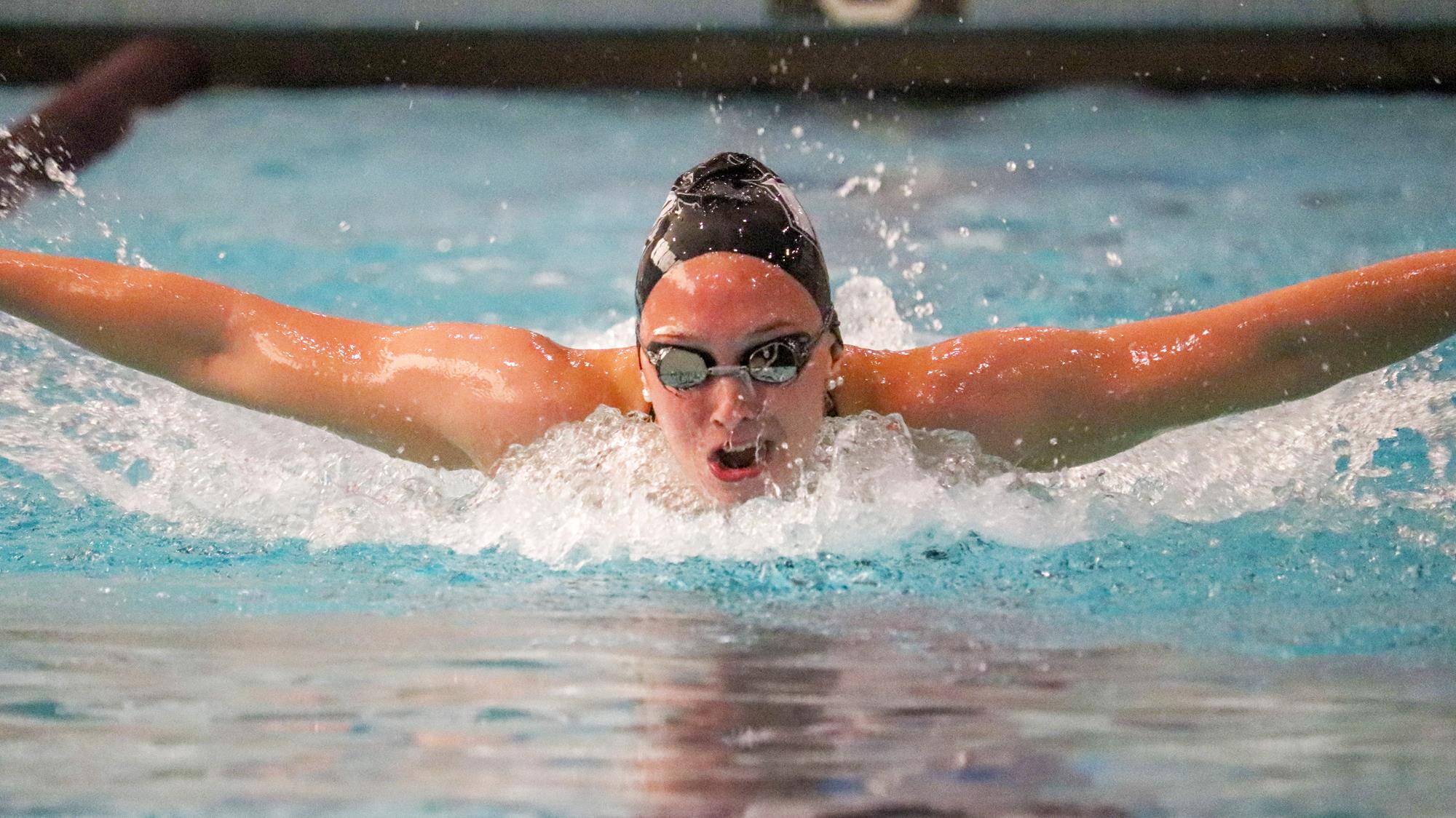 Mikesell, a swimmer, was joined in being honored by Seton Hill’s Samuel Hartman, who is the men’s Pete Nevins Scholar-Athlete of the Year.

The two honorees were selected by a vote of the league’s sports information directors.

Mikesell is the sixth student-athlete to earn the honor for IUP.

A Health and Physical Education major with a 4.0 GPA, Mikesell was a national champion in the 200 freestyle (1:48.36) smashing an IUP Record. She was also an NCAA DII All-American in seven events and broke five IUP records at the NCAA Championships in March.

Mikesell was named PSAC Women’s Swimming Athlete of the Year, the PSAC Most Outstanding Women’s Swimmer at the conference championship meet for the second straight year, and led IUP to first conference title since 1999 (the PSAC Championships were swum after the NCAA Championships this year because of the COVID-19 Pandemic).

The Pete Nevins Scholar-Athletes of the Year are presented to the top student-athletes who have achieved at least a 3.50 cumulative grade point average while competing at an outstanding athletic level. To be eligible for the Scholar-Athlete of the Year awards, a student-athlete must have been recognized as a fall, winter or spring PSAC Top 10 award winner in the same academic year.

The PSAC Scholar-Athlete of the Year awards are now in their 31st year of existence. In 2007, the awards were renamed to honor East Stroudsburg’s longtime sports information director, Pete Nevins, who passed away earlier that year. Nevins held his position at East Stroudsburg for 33 years, and it is estimated that he wrote articles on more than 12,000 East Stroudsburg events that covered more than 5,000 student-athletes.

North East Graduate Swan Finishes at Four Over Par in Junior PGA Championship
A H(e)ART for Baseball: Joe Hart’s Long, Winding Road to South Bend
This website or its third-party tools process personal data.In case of sale of your personal information, you may opt out by using the link Do not sell my personal information.
×
Manage consent