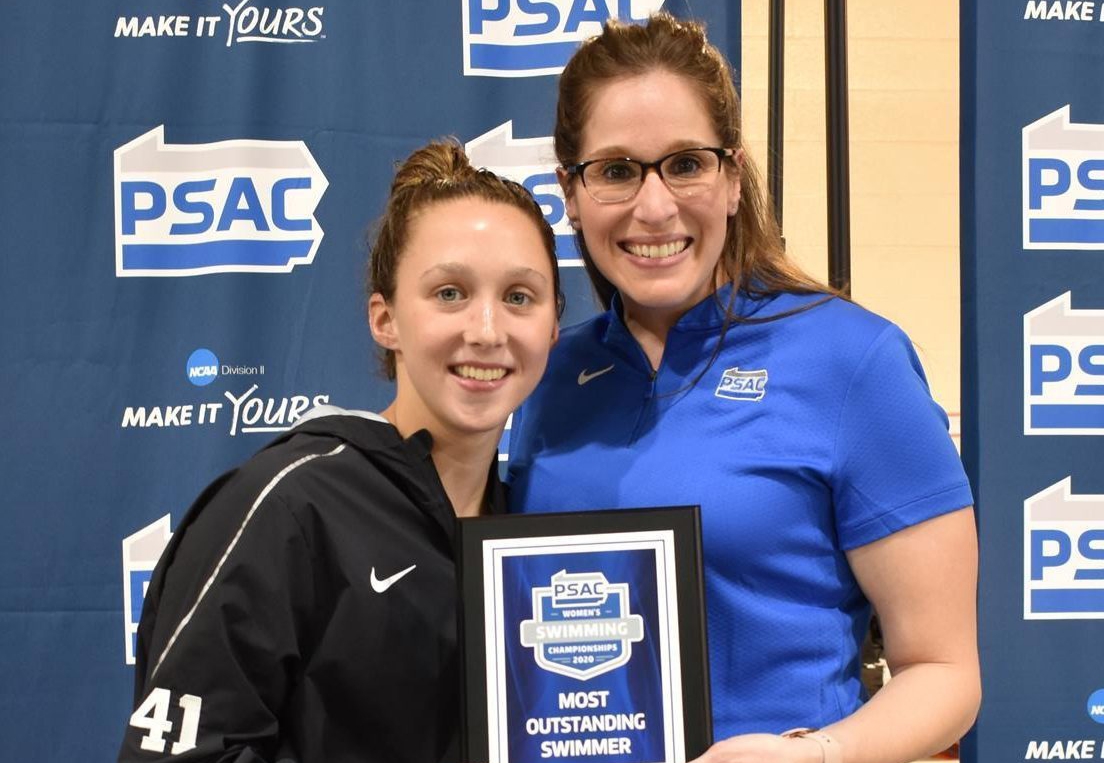 Paige Mikesell of IUP (left) after being named the PSAC Outstanding Swimmer in 2020. Photo courtesy of IUP Athletics

BIRMINGHAM, Ala. (IUP Athletics) – IUP junior Paige Mikesell, a Clearfield graduate, captured the national championship in the 200-yard freestyle on the second day of the 2021 NCAA Division II Swimming and Diving Championships at the Birmingham CrossPlex Thursday.

Mikesell’s winning swim set an IUP record in the event with a time of 1:48.36. Entering the championships seeded 30th of 35 scheduled competitors, Mikesell shaved nearly four seconds off her previous best time of 1:52.02 while swimming in the first of four heats.

This marks IUP’s first individual national champion since Jackie Hynson won the 200 butterfly with a Division II record time of 1:58.84 back in 2012.

What makes Mikesell’s performance even more impressive, is that it came after severe weather Wednesday in Alabama altered the schedules of the first two days of the championships. With Wednesday night’s finals moved to Thursday morning, Thursday’s events consisted of timed finals without prelims.

D9and10SportsTV Interviews Kaelee Bresslin of Cameron County
In Between the Lines: District Champions are Crowned