Clearfield Beats Somerset to Advance to PIAA 4A Baseball Playoffs; Kane Fails to Qualify in 2A Powered by Washington Rodeo 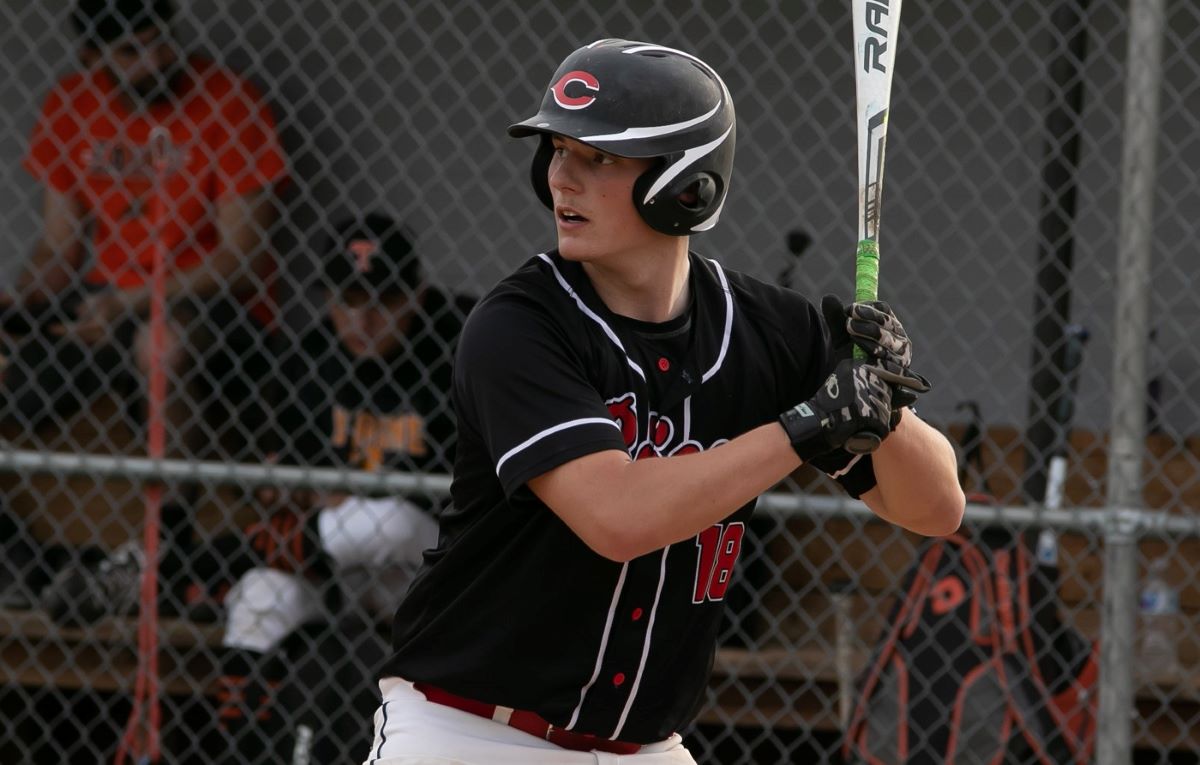 Matt Bailor of Clearfield hit the go-ahead home run for the Bison in the fifth inning Wednesday. Photo by Jared Bakaysa of JB Graphics. See more of Bakaysa's work here

SOMERSET, Pa. – Matt Bailor’s two-run home run with two outs in the top of the fifth inning helped Clearfield erase a three-run deficit heading to the frame on its way to a 7-4 win at Somerset in a District 5-9 Class 4A subregional game.

The Bison, who will face WPIAL runner-up Montour in the opening round of the PIAA playoffs Monday, most likely in DuBois, trailed 4-1 going to the fifth but scored four runs in the inning to take control of the game.

Wildness by Shane Roberts helped open the door for Clearfield.

Robert, who had taken over at the start of the inning, walked the first four Bison batters he faced with a bases-loaded walk to Nick Domico that cut the deficit to 4-2.

A double play ball by Kyle Elensky scored another run to make it 4-3, with Nolan Barr scoring from third but Karson Rumsky out at the plate trying to score from second after Domico was out on a force at second.

But Bailor took the first pitch he saw and deposited it over the right-field fence to give Clearfield the lead, 5-4.

Clearfield had a chance to extend the lead in the sixth when a walk, a wild pitch, a walk, and a stolen base gave the Bison runners at second and third with one out.

But Andon Greslick was out at home on a grounder by Barr, and, with runners still at second and third after Barr went to second on the play at the plate, Rumsky grounded out back to the pitcher.

The Bison did get those insurance runs in the seventh, though, as an Elensky double scored Domico, who started the inning with a walk, and Elensky scored on a one-out double by Blake Pretash.

While Clearfield was taking the lead, Hunter Dixon and Rumsky were shutting down the Somerset bats.

After the Eagles scored three runs in the first and one in the third off Dixon, the Bison lefty retired the final 10 batters he faced following an RBI double by Ethan Hemminger in the third that made it 4-1.

With Dixon at the pitch limit of 105, Rumsky came in to seal the victory in the seventh giving up a one-out single but nothing else to earn the save striking out one.

Dixon went six innings giving up four runs, three earned, on five hits, a walk, and a hit batter while striking out 13.

A three-run home run by Spencer Marteeny following a walk and an error to start the bottom of the first gave Somerset a 3-0 lead off Dixon.

Clearfield got a run back in the second when Bailor singled with one out, and his courtesy runner, Elijah Quick went to third on a throwing error on a pickoff attempt by Somerset pitcher Aiden Vanlenten. Pretash then singled to left to make it 3-1.

Hemminger was 2-for-3 with a pair of doubles and an RBI for Somerset with Owen Miller also going 2-for-3.

DUBOIS, Pa. – Ryan Scott and Bryce Danish combined on a six-hit shutout, and Mount Union scored four in the first and four more in the seventh to defeat Kane, 9-0, in a District 6-9 Class 2A subregional game at Showers Field in DuBois.

Mount Union, the second-place team out of District 6, advanced to the PIAA playoffs with the win where it will play WPIAL champion, Shenango, Monday, June 7, at a WPIAL site. Kane, who finished second in District 9, finished the season 13-9.

Scott pitched the first 3 ⅓ innings allowing two hits and five walks while striking out six. Danish came in with an out in the fourth and the bases loaded and got Bobby Rumcik to ground into a 6-3 double play to end the inning.

Danish went on to pitch 3 ⅔ innings to get the win allowing four hits and a walk while striking out three.

The Trojans (16-6) struck early off Kane starter and loser Harley Morris touching up Morris for the four first-inning runs thanks to four hits.

After back-to-back singles to lead off the game, Tyler Renninger put Mount Union up 2-0 with a one-out double to center after Kane failed to turn a sure double play the batter before getting just one out.

Vince Lear then followed with a two-run home run to make it 4-0.

The Trojans added a run in the fourth and then put the game completely away with the four-run seventh.

Carson Whiteman was 3-for-4 to lead Kane.

Defense the Difference as Cathedral Prep Claims D-10 4A Baseball Title Powered by North Washington Rodeo
Offensive Onslaught Leads Kennedy Catholic to First D10 Baseball Championship in 31 Years Powered by North Washington Rodeo
This website or its third-party tools process personal data.In case of sale of your personal information, you may opt out by using the link Do not sell my personal information.
×
Manage consent