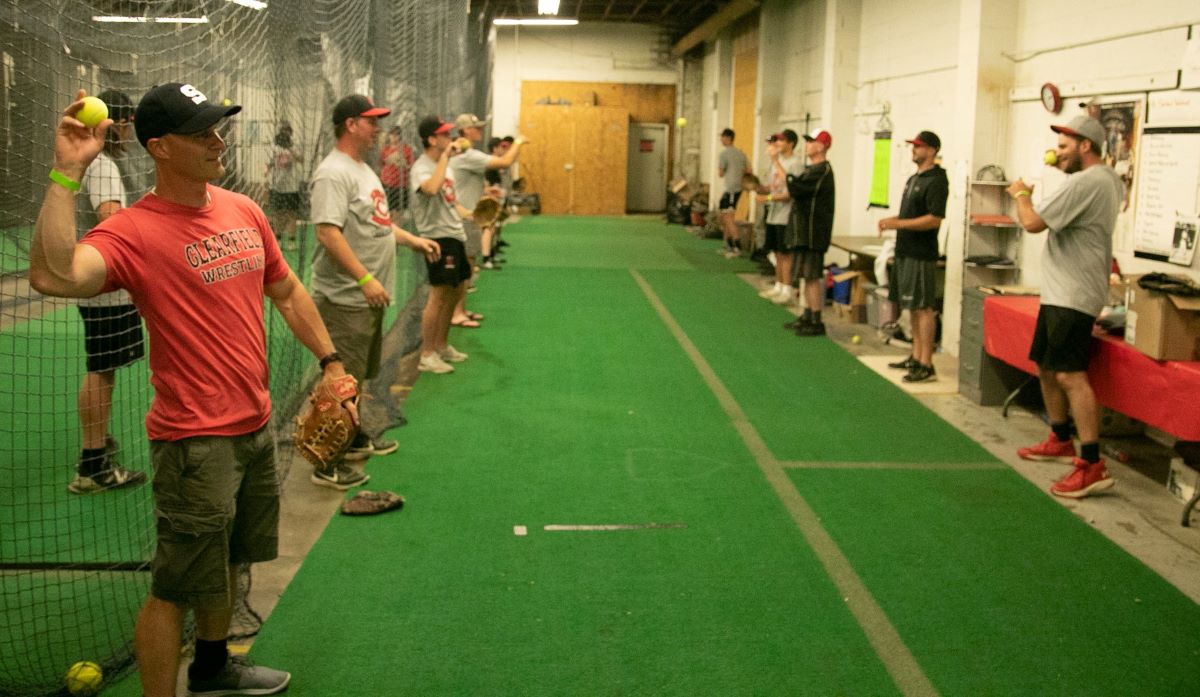 Clearfield was one of 100 sites across the country that participated in an event to set a Guinness Book of World Records for the most people playing catch at one time.

The goal was to have each group play catch for 10 minutes starting at 7 p.m. on June 30.

To enter the event, participants paid a $10 fee that went towards the non-profit organization, Cure Search, which does research on pediatric cancer.

“I think it’s a really good cause.” Clearfield Bison baseball head coach Sid Lansberry said. “I did some research on Cure Search and only three percent of all the money raised for cancer goes to children’s cancer research and every day dozens of kids are diagnosed with pediatric cancer.”

Despite the inclement weather that forced Clearfield to change the venue from outdoors at the Rec Park to their indoor batting cage facility, they still had a turnout of about 60 kids.

The Clearfield Bison varsity baseball team was also amongst the participants going for the world record.

“It feels cool to be a part of this.” recent graduate Matt Bailor said of the event. “It’s keeping the program alive and it’s around the world so that’s pretty awesome.”

See a photo gallery of the event. Photos by Jared Bakaysa of JB Graphics. See more of Bakaysa’s work here

“It feels good,” recent graduate Hunter Dixon said. “It’s honorable to be here. We just wanted to be a part of history.”

“I appreciate them coming,” Lansberry said. “They didn’t have to be here. It wasn’t mandatory but they wanted to be here and be a part of it. I think it sets a good example for the kids.”

Along with the Clearfield baseball program taking part in the event, it was in conjunction with the Potter Baseball Tour and Jeff Potter who helped organize the event.

“It’s another idea from Jeff Potter to raise money for a good cause,” Lansberry said. “What Jeff has done for the community is team up with our local organization, Clearfield County Cancer Support Incorporated so they benefit from it too.”

From Ram to Olympian: Johnsonburg Grad Shuey Makes the Cut for the Javelin at 2020 Tokyo Olympics
Fairview’s McManus Named D9and10Sports.com D10 Softball Player of the Year; Tingley, Obenrader, VanZandt Honored; All-D10 Named
This website or its third-party tools process personal data.In case of sale of your personal information, you may opt out by using the link Do not sell my personal information.
×
Manage consent