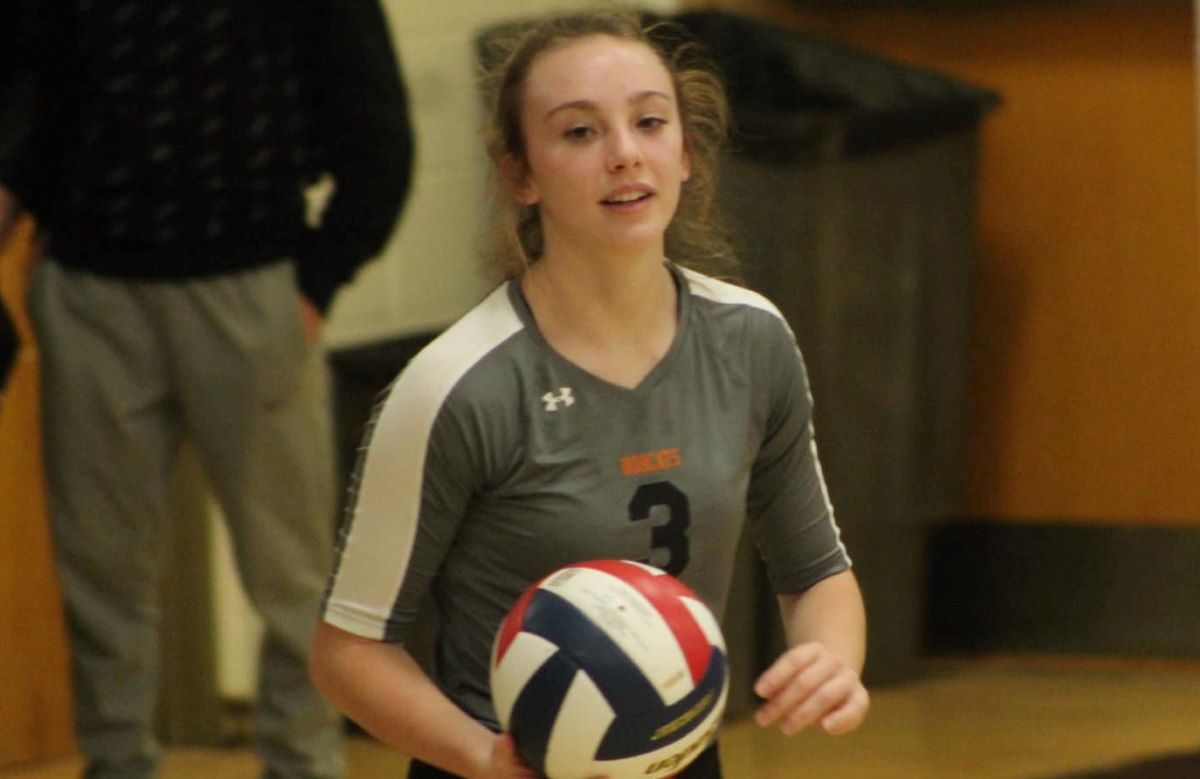 CLARION, Pa. – To quote the old TV show, the A-Team, Clarion head coach Shari Campbell likes it when a plan comes together.

The Lady Cats long-time mentor noticed that Clarion-Limestone, Clarion’s opponent in the District 9 Class 1A semifinals Tuesday night at Clarion High School, had trouble with top-spin serves in its 3-2 win over Johnsonburg in the quarterfinals.

So, she knew she had an ace in the hole in senior Payton Simko, who has a strong top-spin serve, and she used that advantage to help the Lady Cats pick up a 3-0 win to advance to the title game for the fourth straight year.

After Clarion, which has won three D9 titles in a row and is the defending PIAA 1A champion, held off a strong challenge from C-L in the first set to win 25-17, it turned to Simko to set the tone in the second set.

The senior right-side hitter delivered helping Clarion, the top seed, to a 7-0 start to the set with three aces and three additional serves that kept the Lady Lions, the fifth seed, out of system.

“That was the plan,” Campbell said. “I have watched enough film to realize that top-spin serves were tough for them, especially at Johnsonburg. Payton’s serve certainly has a lot of topspin on it. That was how we started. I really think she did an amazing job. She had five aces tonight. I’m super proud of defense and the serving she put into the match.”

Simko, who was named the co-Allegheny Grille of Foxburg Player of the Match along with teammate Korrin Burns, added five digs, two kills, and a block to her five aces.

“It felt really good to be able to serve 100%,” Simko said. “We work at it every day at practice. It is just something we want to make sure is really good. It was pretty awesome.”

Behind Simko’s serving and the hitting of Burns and Aryana Girvan, who each had four kills in the second set, Clarion took that set 25-11 setting the Lady Cats up for a trip back to the finals.

Another fast start in the third set made that a reality, as a kill and an ace by Girvan and a block by Adia Needham helped Clarion to an early 5-1 lead that quickly turned into a 10-4 advantage on the way to a 25-16 victory.

Burns had six of her 18 kills in the set and added nine digs, a block, and two aces to an outstanding performance that saw her overcome a slow start.

Girvan added nine kills and four digs in the win, while Noel Anthony ran the offense with 24 set assists.

For Clarion, it not only marks the fourth straight trip to the District 9 title match, it gives the Lady Cats a chance to secure their 14th title in the last 21 years (they also finished second twice with a lot of the formats being pool play so no actual championship matches like the current format). Clarion will also get a chance to defend

Burns, though, who is going for her fourth district gold, said it isn’t something Clarion takes for granted.

“It’s nice to have that (state) title, but now we are a new team,” Burns said. “We are the 2021 team. We just want to make it know there is a journey, a new journey. We are coming after it this year.”

Watch the full postgame interview with Burns and Simko

The Lady Lions finished the season 12-3 with two of the losses coming at Clarion.

“The success is all the girls,” C-L head coach Ryan Troupe said. “They work hard. They work in and out of season. They bought into a lot of stuff that we had this year. They are a great group. It’s a good feeling to be able to advance this far for the first time since 2006. We’re going to keep working hard. This needs to be the norm of the culture, not just say once every however many year thing.”

Clarion will take on Oswayo Valley, a 3-0 winner over Elk County Catholic, in the championship match at 6:30 p.m. Thursday, Nov. 4, at ECC High School.

Brooke Kessler with an attack for C-L Tuesday. Photo by Maria Wilson

Brockway Wins Thriller in Shootout over ECC For D9 Class 1A Girls Soccer Championship
High Five: Brockway Boys Beat Elk County Catholic for Fifth Consecutive D9 Crown
We use cookies on our website to give you the most relevant experience by remembering your preferences and repeat visits. By clicking “Accept All”, you consent to the use of ALL the cookies. However, you may visit "Cookie Settings" to provide a controlled consent.
Cookie SettingsAccept All
Manage consent