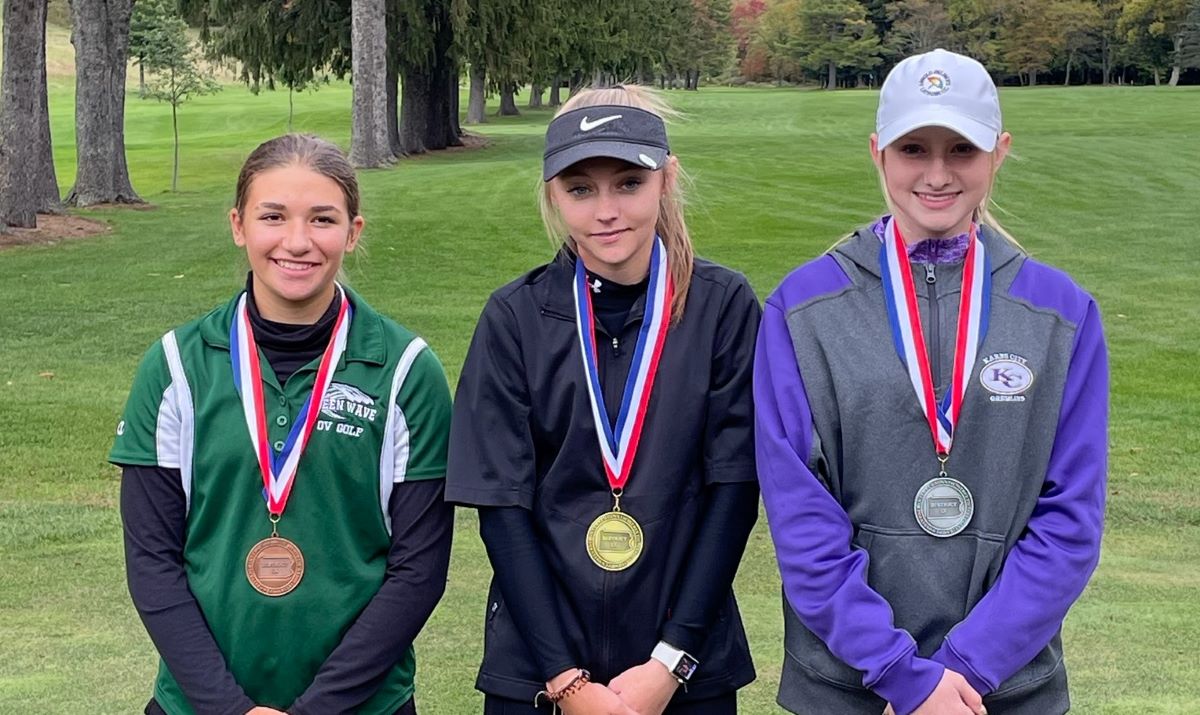 Kerle shot an 83 putting her 12 shots ahead of Karns City’s Chloe Fritz (95). Rylee Thompson of Oswayo Valley was third with a 96 topping Smethport’s Olivia Schott in a four-hole playoff for the third and final PIAA playoff qualifying spot.

The 3A individual championship was won by Allederice’s Lily Gedris who shot an 87 topping Bradford’s Stiles and DuBois’ Alexas Pfeufer (96). Gedris was the lone PIAA qualifier.

The PIAA individual championships will be held Oct. 17-18 at Penn State Blue and White Courses.