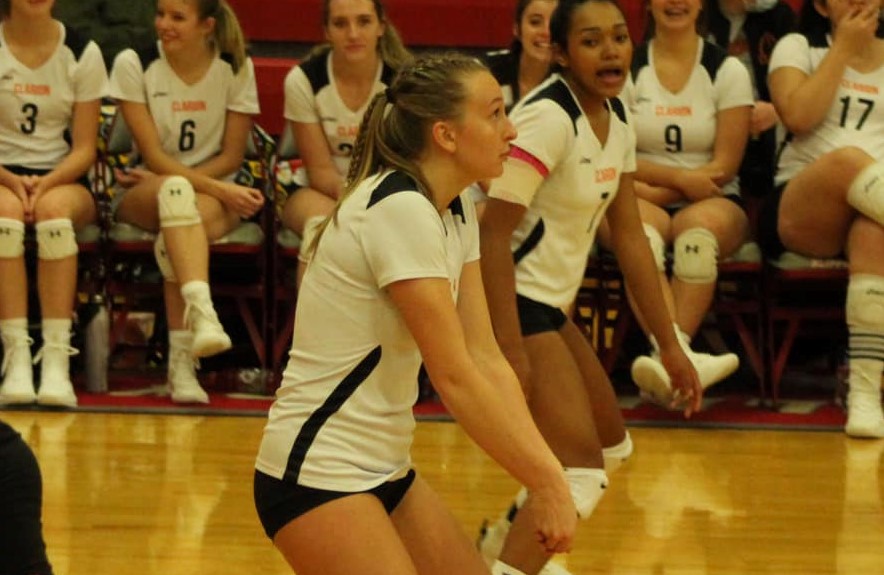 Korrin Burns of Clarion was named the PVCA D9 Class 1A MVP. Photo by Nathan Girvan

CLARION, Pa. – Clarion senior outside hitter Korrin Burns was named the Pennsylvania Volleyball Coaches Association Class 1A Most Valuable Player, and an All-District 9 Class 1A team was announced.

Burns has led the Lady Cats into the PIAA semifinals for the third consecutive year. Clarion will meet Bishop Canevin in the semifinals at 7 p.m. Tuesday, Nov. 16, at Slippery Rock High School. That game will now be a video broadcast on D9and10Sports.com as the NFHS Network has decided not to pick up the video broadcast rights.

On the season, Burns has totaled 541 kills (5.9 per set) while adding 209 digs and 54 service aces for the unbeaten Lady Cats. The St. Francis (Pa.) recruit has accumulated 1,590 career kills, 698 career digs, and 207 career aces while helping Clarion to four straight District 9 Class 1A titles and the 2020 PIAA championship.

Joining Burns in being honored on the first team All-District 9 Class 1A are three of her teammates, Libero Jordan Best, outside hitter Aryana Girvan, and setter Noel Anthony. Right-side hitter Payton Simko is a second-team selection.