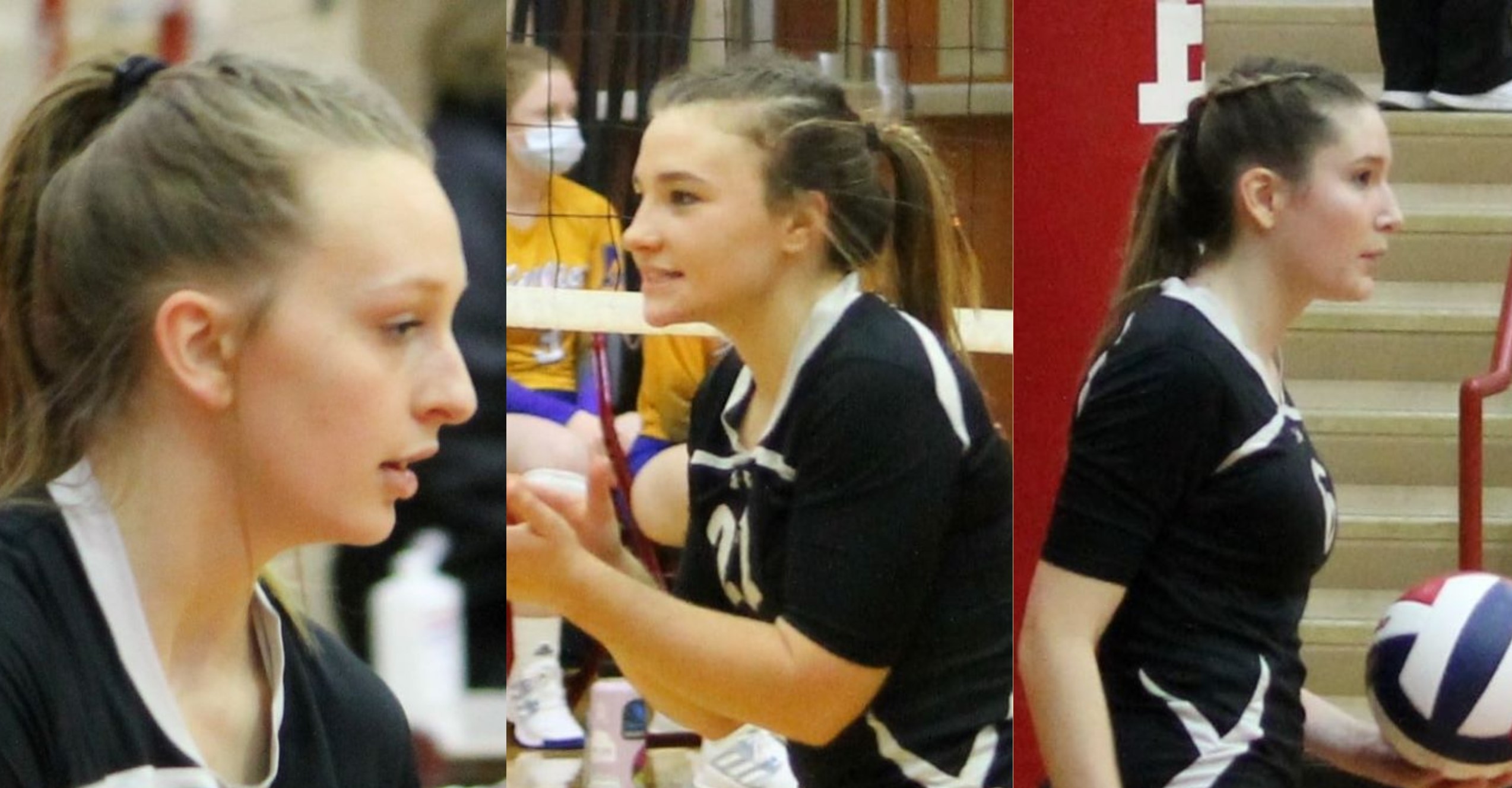 WARREN, Pa. – Leading their team to the PIAA Class 1A title, Korrin Burns, Brenna Campbell, and Erica Selfridge are the All American Awards & Engraving D9and10Sports.com District 9 Most Valuable Players.

The trio were almost inseparable statistically and in the “naked” eye test as well in helping the Lady Cats to the state title.

Burns, a junior outside hitter, was the leader of the offense averaging 5.2 kills per set while hitting .441 on the season. She also was a much-improved defensive player who finished second on the team with 1.8 digs per set and tied Campbell for the team lead with 51 aces (serving at an 84.5 percent clip) while also blocking 15 balls, tied for third on the squad.

Selfridge, a senior outside hitter, was perhaps Clarion’s best all-around player averaging 3.2 kills per set while leading the team with a .488 hitting percentage, the best among players in Pennsylvania who had their stats reported to MaxPreps.com. Also the Lady Cats top defender, Selfridge averaged a team-leading 2.6 digs per set and was the top serve receiver on the team as well averaging 3.4 per set while making just five serve receive errors all season. A top-notch server, Selfridge was just behind Burns and Campbell with 50 service aces and served at a 93.1 percent clip.

Clarion’s offense ran through its senior setter, Campbell. She 9.8 set assists per set and was charged with just 11 ball-handling errors on the season despite 1,373 ball-handling attempts. As mentioned above, she also tied with Burns for the team lead in aces with 51 and served a team-best 95.7 percent. She was also fourth on the team in digs with 1.5 per set.

Clarion head coach Shari Campbell is the inaugural All American Awards & Engraving D9and10sports.com District 9 Coach of the Year after leading Clarion to a 24-0 record and its second PIAA Class 1A title (the other was in 2012). The Lady Cats went 69-1 in sets (they were awarded a forfeit over A-C Valley in the D9 quarterfinals which makes for the 24th win despite only 70 sets).