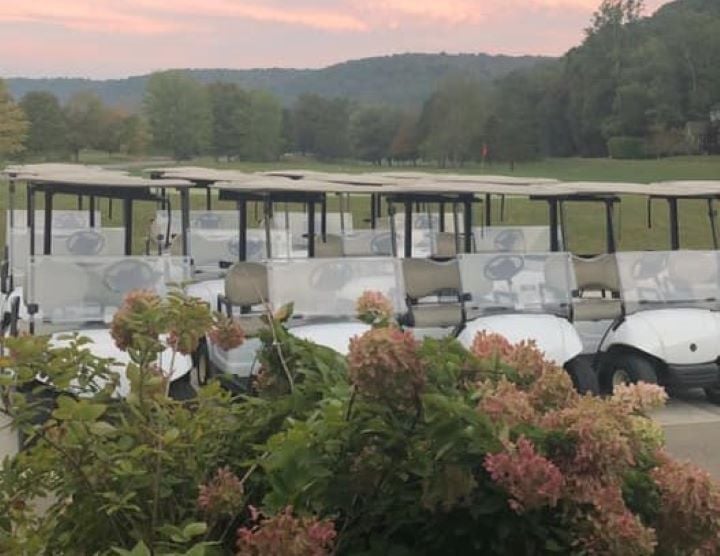 TITUSVILLE, Pa. – Devon Lauer and Kameron Kerle tied for medalist honors to lead Clarion to a victory in the inaugural 2021 KSAC Mega Match Thursday at Cross Creek Resort in Titusville.

Lauer and Kerle both shot a 39 to lead the Bobcats, who also had the fifth-place finisher in McKayla Kerle – she tied Moniteau’s Dawson Wallace for fifth with a 43.

As a team, Clarion shot a 211 well ahead of second-place Cranberry (229), which was led by fourth-place finisher Cayden Baker (42).

Moniteau, which had the third-place finisher in Jacob Felsing (41), took third with a score of 233.

Behind a 78 from Breckin Taylor, Cathedral Prep won the inaugural 2021 District 10 Region 6 boys’ golf mega-match with a score of 326 beating Erie on the fifth-place golfer tiebreaker.

The defending champion Ramblers also got an 81 from Alex Vahey and an 82 from Ryan Eastbourn.

McDowell took third with a 340.

Thanks to a 37 from Lydia Swan, North East captured the District 10 Region 2 girls’ golf mega-match at Green Meadows Golf Course with a score of 120.

Also in the match, Villa Maria took third with a 135 thanks to a 41 from Anna Zinram. Mercyhurst Prep took second with a score of 130.

The boys’ Lakeview Invitational was postponed until Sept. 17 because of wet course conditions.