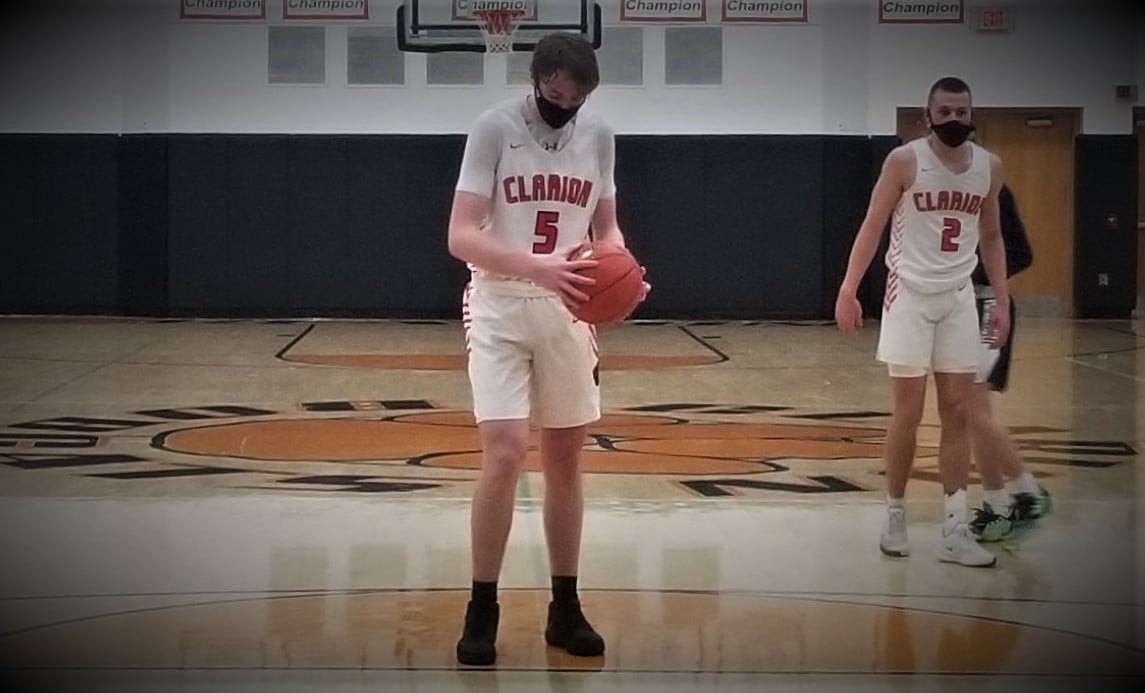 The Clarion Bobcats went from struggling down the stretch of the regular season to the PIAA Class 1A semifinals.

On Feb. 26, they suffered their fourth consecutive loss in blowout fashion at Class 4A Warren. Days later, they lost to Brookville (Class 3A PIAA semifinalist) to cap a 1-5 stretch before beating Cranberry to close the regular season.

Now, they are 17-9 and flying high, advancing to the state semifinals for the first time since 1962, where they will face District 5 champion Berlin at Altoona H.S. at 7:30 p.m. on Monday.

“It’s great for these kids,” Clarion head coach Scott Fox said after their quarterfinal win over Bishop Carroll. “They’ve worked hard to get to this point. It’s great for the program getting these younger kids some experience in the state playoffs, even if they are just sitting on the bench. It’s still a great experience for everybody.”

It’s been a magical run for Fox and crew, including a win over perennial power and top-seed Elk County Catholic in the District 9 semifinals, followed by Hunter Craddock’s late-game heroics in an overtime win over Johnsonburg for the D-9 crown, which they topped with a 61-54 win over District 6 champion Bishop Carroll to get to the semis.

And they’ve got contributions up and down the lineup.

Craddock followed up his heroics against Johnsonburg with a brilliant 26-point effort in the win over Bishop Carroll, a game in which the Bobcats controlled from the opening tip and then held off a late BC rally.

German, Clarion’s leading scorer was ‘limited’ to just 10 points in the game but did a number of other things to help the Bobcats win, including eight assists and five steals. He’s capable of huge offensive outputs, as evidenced by his 20.2 ppg. scoring average, which included 31 in the win over Johnsonburg.

Beau Verdill has been a monster underneath for the Bobcats, including his 14-point (11 in the first half), 11-rebound performance in the quarterfinal win.

That’s to say nothing of Christian Simko, who has been a steady hand this postseason, as well as Ethan Burford. Simko scored nine points in the win vs. BC.

The Bobcats will be facing a Berlin team that advanced in bizarre fashion.

The Mountaineers were on the court and getting ready to play WPIAL champion Bishop Canevin in the quarterfinals when Canevin was forced to forfeit due to a player who tested positive for COVID-19.

Berlin has enjoyed a dominant season, currently standing at 26-1 with their last 12 victories (not counting the forfeit) coming by double-digits.

Like Clarion, they play an up-tempo style, so expect to see a lot of points.

The Mountaineers feature a pair of 6-3 seniors in Abe Countryman and Will Spochart who average 12.3 and 10.8 ppg., respectively. Freshman guard Pace Prosser checks in at 9.7 ppg.

As a team, Berlin averages 77 ppg.

The winner will face the winner of LaAcadmia Charter-Nativity BVM winner in the state championship game in Hershey on Thursday (2:30 p.m.).

This will be the fourth time Clarion is in the semifinals having beaten Hyndman-Londonderry in 1962, 55-47, before losing to Jim Thorpe in the Class C title game, and then losing to Rothrock, 51-44, in the 1963 Class C semifinals, and Williamsburg in 1966.