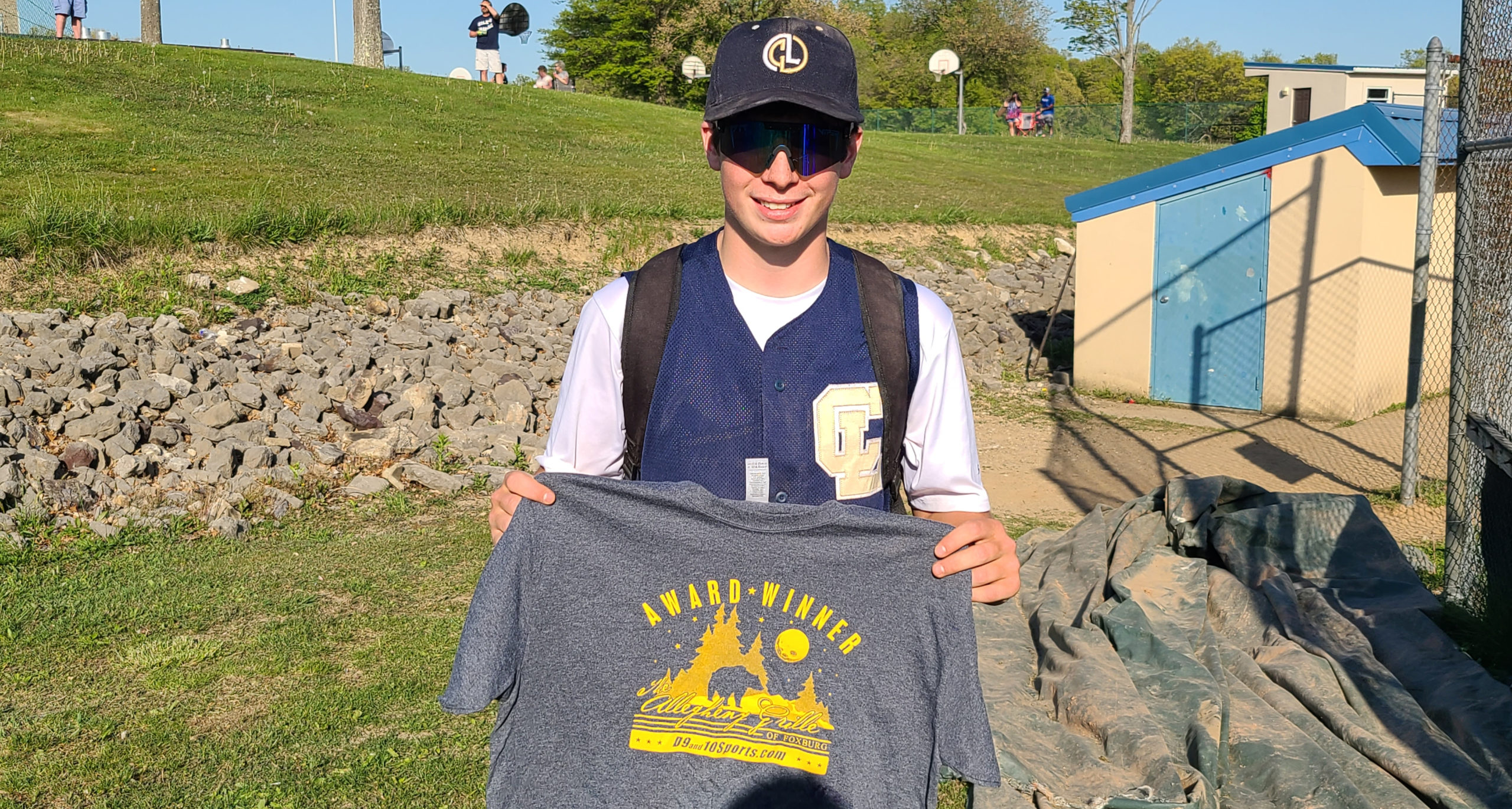 OIL CITY, Pa. – With a potential KSAC championship and No. 1 overall seed in the District 9 Class 1A playoffs on the horizon, there was no way Clarion-Limestone was overlooking Oil City on Tuesday.

The Lions broke the game open with five runs in the third inning and Bryson Huwar got the complete-game victory in an 11-3 triumph over Oil City, their eighth consecutive win.

Jordan Hesdon helped lead the offensive outburst, going 2-for-3 with three runs, a walk, and a pair of stolen bases.

Hesdon was named the Allegheny Grille of Foxburg Player of the Game and talked about the win afterward:

Tommy Smith singled to bring in Brady Fowkes to start the rally in the third. That was followed by a Huwar RBI single, a Hayden Callen RBI fielder’s choice and a Nick Aaron RBI single, and Hesdon crossing the plate on a wild pitch.

The Lions scored three runs in the fifth on an error, an RBI groundout from Fowkes, and a wild pitch that allowed Ryan Hummell to score.

They tacked on three more in the seventh on Hummell’s RBI double, Fowkes’ RBI single, and an RBI groundout from Smith.

Huwar, meanwhile, was efficient on the mound, getting through his seven innings in 95 pitches. He struck out eight, allowed five hits, and walked three, throwing 61 of his 95 pitches for strikes.

Connor Highfield delivered a 2-run double in the fifth inning for Oil City, while Esau Knight had an RBI groundout in the sixth.