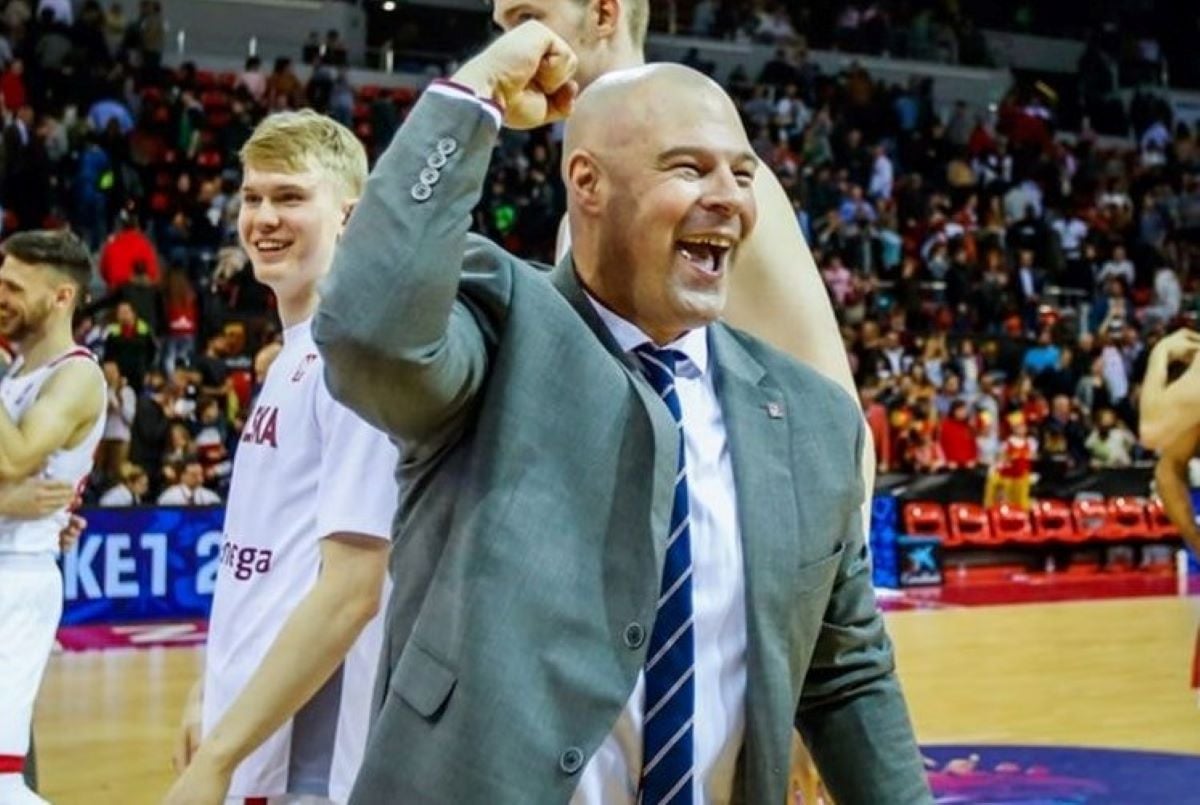 Mike Taylor celebrates after a win during his coaching career. Submitted photo

WARSAW – Mike Taylor, a 1990 Clarion High School graduate, continues to make a name for himself as an international coach guiding Poland to FIBA EuroBasket 2022.

FIBA EuroBasket 2022 is the European Championship and a FIBA World Qualifying Event.

Taylor, the head national coach in Poland, where he coaches professional basketball, is looking to lead Poland to its third-ever World Cup appearance. He took Poland to the World Cup in 2019 where it finished in the Top Eight at the event held in China.

The head coach for Team Poland since 2014, Taylor is the son of former Clarion University and Lock Have University head coach Dick Taylor, who also taught at Clarion. He played high school basketball at Clarion High for Tom Lewis and football for Larry Wiser then went on to play college basketball at IUP and was a member of the Indians 1995 NCAA Division II Semifinal team, the same team that won both the PSAC and PSAC West titles.

This will be Taylor’s fourth consecutive European Championship. After participating in Eurobasket 2013 as an assistant coach for the Czech Republic, Mike led Poland to Eurobasket 2015 in France, Eurobasket 2017 in Finland and now Eurobasket 2022.

FIBA EuroBasket 2022, is to be hosted by four countries Italy, Germany, Czech Republic, and Georgia, taking place from Sept. 1 through Sept. 18, 2022. EuroBasket 2021 was originally scheduled for September, but due to the COVID-19 Pandemic, schedules for the Olympic games and EuroBasket were pushed back.

Due COVID-19, FIBA moved all National Team competition into a “bubble” format beginning with the November window for EuroBasket 2022 qualifications. Poland played in the Valencia Bubble in November and most recently hosted a bubble in Gliwice, Poland Feb. 15-23.

Poland finished 3-3 in Group A behind Israel and Spain and ahead of Romania, with the top three teams from Group A qualifying.

Before EuroBasket, the 24 qualified teams are drawn into four groups of six teams. The top three teams advance into the second round.

Poland’s biggest win of the Qualifying was an 80-69 away victory over Spain (World Rank No. 2 and European Rank No. 1) in Zaragoza, Spain, Feb. 23, 2020. That was Poland’s first win over Spain in 48 years (1972). In the rematch last weekend, Poland and Spain played to the final second with the score even at 88 and an official whistled a loose ball foul on Poland giving Spain two free throws with 0.6 of a second left. Spanish big man Fran Guerra made the first and missed the second, to give Spain an 89-88 win.

With the trip secured, Poland chose to use the opportunity of Sunday, Feb. 21 game against Romania to play young, rising players including three who made their National team debut’s. Most notable, 17-year-old Jeremy Sochan became the youngest player to ever debut for the Polish National team. The Baylor commit put on a show scoring 18 points, grabbing three rebounds and blocking two shots in his first National team performance.

Another rising prospect for Poland, 20-year old 7’1″ Olek Balcerowski averaged 7.3 ppg with 3.3 rebounds including 11 points on a perfect 5-for-5 night against Romania.

Poland’s AJ Slaughter finished third in scoring for the qualification averaging 20.5 ppg. Slaughter, who played college basketball at Western Kentucky, attacked against Spain with two big games scoring 26 points in Zaragoza and 27 points in Gliwice hitting 6 of 10 3-point shots and 11 of 11 free-throws.

Featured Game: Beighley Sets Karns City’s School School Recording as Gremlins Beat A-C Valley; C-L Handles Union
District 9 and District 10 Basketball Schedule for Feb. 23, 2021
This website or its third-party tools process personal data.In case of sale of your personal information, you may opt out by using the link Do not sell my personal information.
×
Manage consent