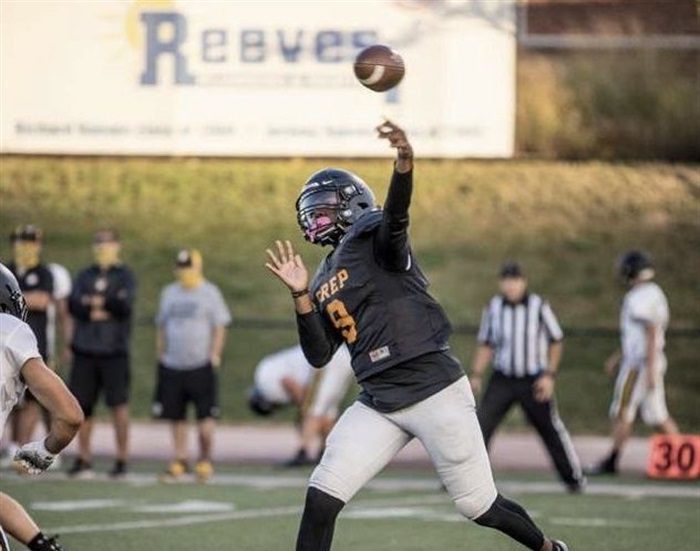 WARREN, Pa. – Cathedral Prep’s Carter Barnes directed a second-half comeback for the Ramblers in their 44-38 win over Canisius (N.Y.), earning him the Week 10 District 10 Jim Kelly Player of the Week award powered by the Allegheny Grille in Foxburg.

Barnes scored the game-winning touchdown with 1:44 to play, a 19-yard touchdown run, part of 119 yards on the ground. Barnes also threw for 192 yards and three touchdowns on passes of 15, 73 and 27 yards.

The Ramblers host Brashear in a Class 5A subregional game on Friday.

Clearfield’s Billotte Named Week 10 2021 District 9 Jim Kelly POW Powered by the Allegheny Grille
You Pick the Winner of Playoff Football Games in Week 11 2021
This website or its third-party tools process personal data.In case of sale of your personal information, you may opt out by using the link Do not sell my personal information.
×
Manage consent