Cathedral Prep Rolls Past Hollidaysburg in Class 5A Subregional 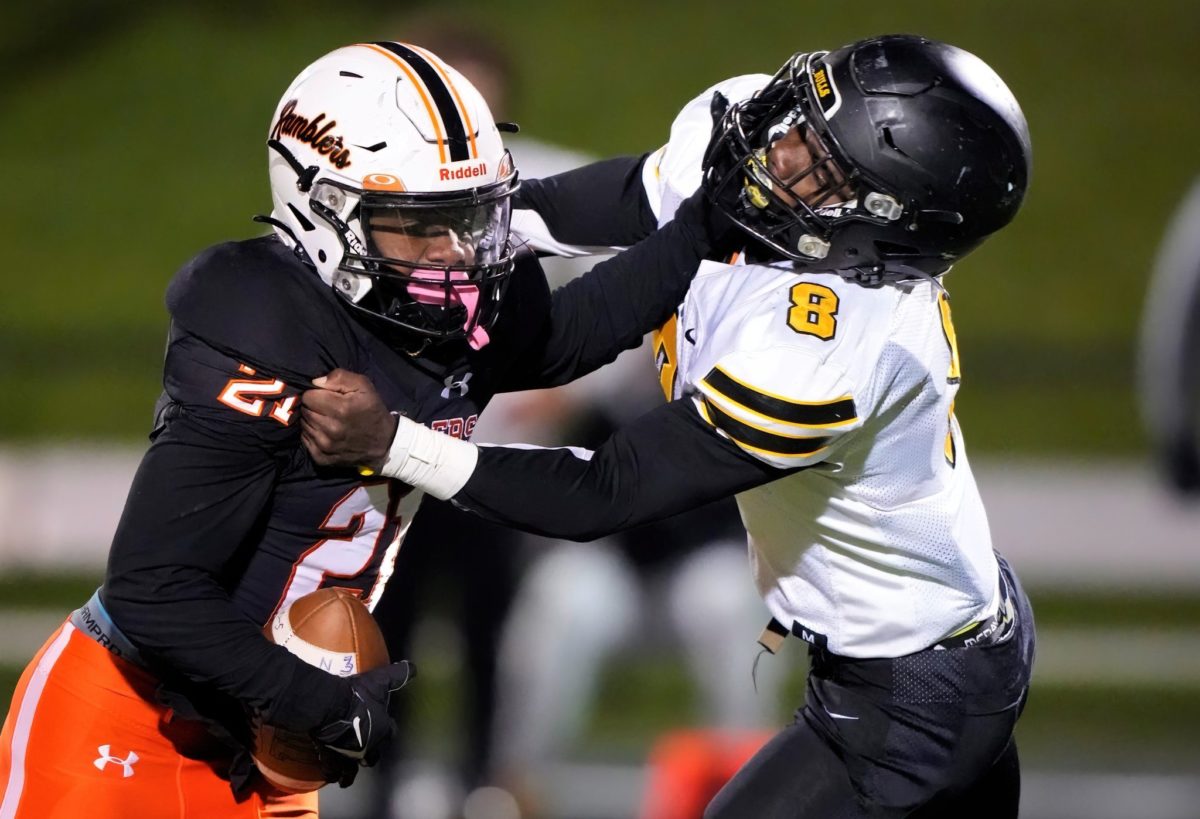 Cathedral Prep's Suhtaun Lewis scored on a 47-yard touchdown run and had 90 yards rushing in their win over Hollidaysburg. Photo courtesy Prep-Villa.

EBENSBURG, Pa. – The more things change, the more they stay the same.

A year after beating Hollidaysburg 33-7 in subregional play, the Ramblers rolled once again over the Golden Tigers, 48-7.

Luke Costello threw for 177 yards and three touchdowns for Prep (10-1), while Mike Parks ran for 183 yards and a pair of scores.

The Ramblers led 41-0 at halftime thanks to a 27-point second quarter.

It was Parks that provided the early fireworks, scoring on an 84-yard touchdown run at the 8:22 mark of the first quarter, and the Ramblers were off to the races. It was one of two first-quarter touchdown runs for Parks, who also scored on a run of 20 yards less than two minutes later.

It was Costello’s turn to take over in the second quarter, as he threw all three of his touchdown passes in the 12-minute span before halftime.

The passes covered 15 yards to DeMario Crawford, 50 yards to Camariyon Bridges and 57 yards to Wakeem Page.

In between, Suhtaun Lewis also scampered for a 47-yard score.

The Ramblers outgained the Golden Tigers 500-285.

Hollidaysburg scored its lone touchdown of the game in the third quarter on a Jake McGinnis39-yard touchdown pass to Justin Wolfe.

Lewis also finished with 90 yards on the ground, while Page led all Rambler receivers with 74 yards.

McGinnis threw for 197 yards for Hollidaysburg, 184 of which went to Wolfe.

With the win, the Ramblers advance to play East Stroudsburg South, a winner over Whitehall, next week at a site and time to be determined.

Bedford too Much for Clearfield, as D5 Bisons Deny Janocko of Win No. 300
Shreckengost Leads Defending Champion Redbank into D9 1A Finals; Union/ACV Reaches Title Game for First Time
We use cookies on our website to give you the most relevant experience by remembering your preferences and repeat visits. By clicking “Accept All”, you consent to the use of ALL the cookies. However, you may visit "Cookie Settings" to provide a controlled consent.
Cookie SettingsAccept All
Manage consent