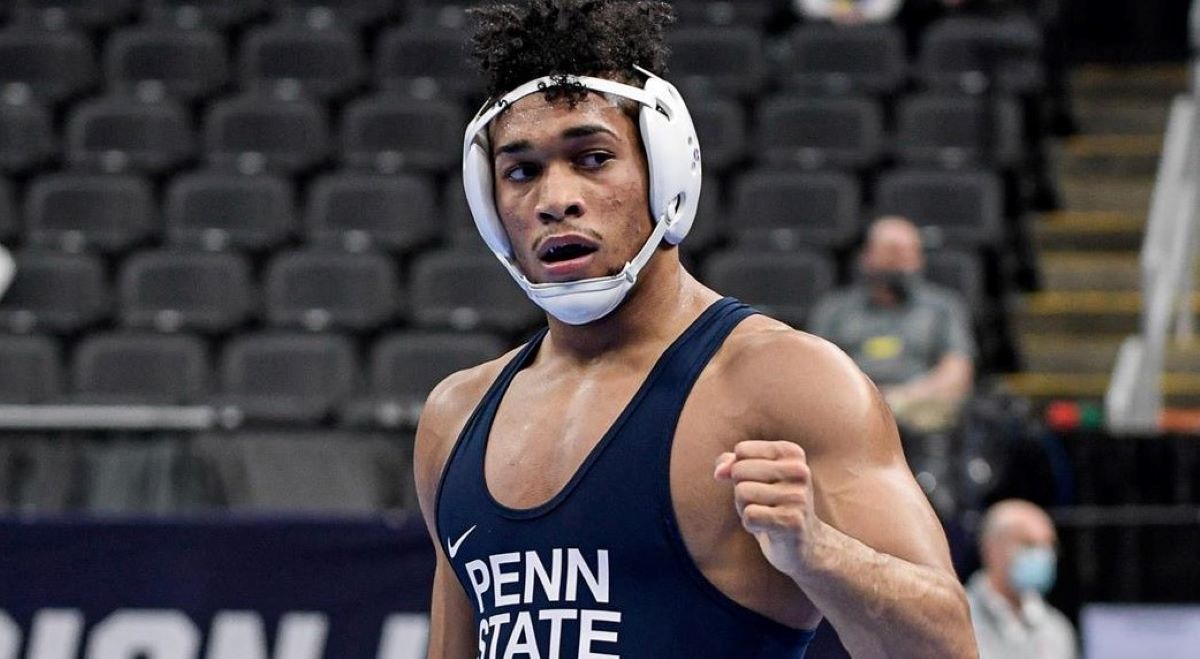 Starocci, the No. 1 seed at 174 pounds, earned a win over No. 2 Mekhi Lewis of Virginia Tech for the individual crown as the Nittany Lions, under the guidance of head coach Cael Sanderson, added five individual champions to its 2022 NCAA Wrestling Championship team title.

After a scoreless first period, Starocci chose down to start the second period and quickly escaped to a 1-0 lead. Lewis used a quick shot to take Starocci down and take a 2-1 lead with 1:38 on the clock. Starocci worked his way to an escape and a 2-2 tie at 1:05.

Lewis chose down to start the third period and quickly escaped to a 3-2 lead. Starocci bulled in on a high double and worked Lewis down for a takedown and a 4-3 lead at the 1:20 mark. Starocci controlled Lewis until the :49 mark when Lewis escaped to a 4-4 tie.

Pair of D9 Alumnae to be Inducted into Clarion U. Sports Hall of Fame; (Day) Shute, Heeter to be Honored
D9/10 Alums DeMatteis, Hindman Earn PSAC Weekly Softball Honors
This website or its third-party tools process personal data.In case of sale of your personal information, you may opt out by using the link Do not sell my personal information.
×
Manage consent