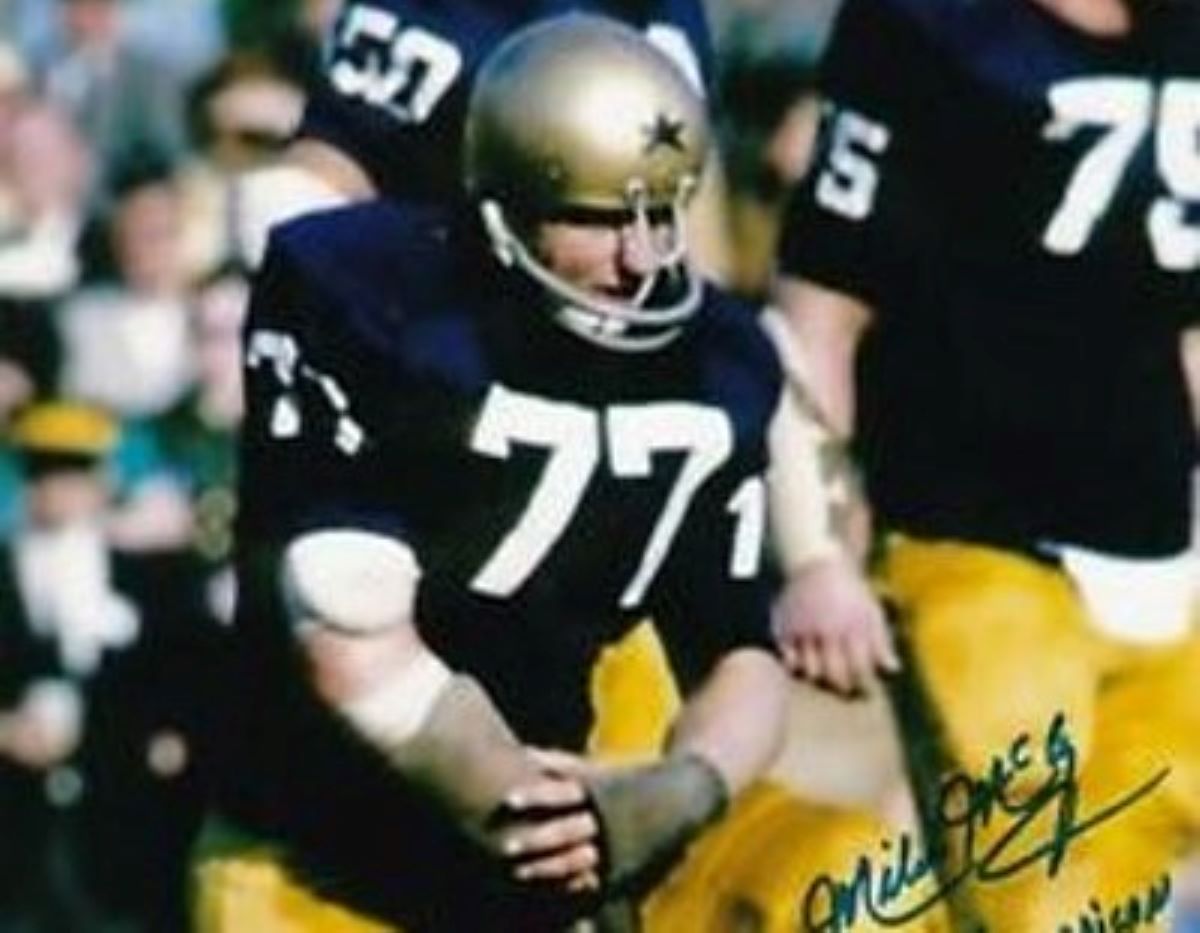 SOUTH BEND, Ind. – Mike McCoy, a 1966 Cathedral Prep graduate, will be presented the 2020 Rockne Inspiration Award at the 2021 Knute Rockne Spirit of Sports Awards Celebration in Chicago on Sept. 24.

The award is presented by the Knute Rockne Memorial Society, an organization founded in 2017 “to preserve and promote the legacy of legendary Norte Dame football coach Knute Rockne and all he stood for — achievement with honor, sportsmanship, leading and encouraging others. The Rockne Society inspires and recognizes great achievement in athletics….and in life.”

McCoy, a 1970 Notre Dame graduate, was a consensus All-American defensive tackle for the Fighting Irish in 1969, his senior season. That season he was also named the UPI Lineman of the Year and was sixth in the Heisman Trophy Voting.

Chosen second overall in the 1970 NFL draft by the Green Bay Packers (NFL Hall of Famer Terry Bradshaw of the Pittsburgh Steelers was the No. 1 overall pick) and played 11 seasons in the NFL including seven with Green Bay and two each with the Oakland Raiders and New York Giants.

The Packers Rookie of the Year in 1970, McCoy led Green Bay in quarterback sacks in 1973 (6) and 1976 (8.5). He was named an All-Pro in 1974 and was a Packer’s Dodge NFL Man of the Year nominee (now known as the Walter Payton NFL Man of the Year). He finished his NFL career with 33 sacks (32 in the regular season), 16 fumble recoveries, one interception, and one defensive touchdown. See McCoy’s NFL stats at pro-football-reference.com.

At Cathedral Prep, McCoy was All-City and All-State and was a Parade Magazine High School All-American while playing in the 1966 Big 33 Game.

After several years in the corporate world, Mike found his true calling – ministering to young people, offering a message of encouragement to lead a life of purpose and to be strong-willed when faced with negativity. McCoy speaks about peer pressure and bullying, and how to deal with these outside influences with self-confidence in order to achieve true success.

“It brings me great satisfaction going into the schools and getting feedback from the kids,” McCoy said in the Knute Rockne Memorial Society media release about his award. “To hear exactly what they are going through and figure out how we can help them. A lot of students open up to us about serious subjects including depression, drug and alcohol abuse and other problems they are dealing with at home. This feedback allows me to help kids who are in tough situations get the guidance and trained help they need.”

The 2021 Knute Rockne Spirit of Sports Awards will be present Friday, Sept. 24, at the Chicago Sports Museum. There will be socializing and “Tailgate Buffet” dining from 11 a.m. to 12:30 p.m. with the awards program taking place between 12:30 p.m. and 2 p.m.

Only fully vaccinated individuals are invited to attend and general admission tickets (with an Early Bird Special Pricing of $55 per person) are available by clicking here. For information about how to sponsor a table, email Events@RockneSociety.org. Information on the award ceremony can be found here.

A full story on McCoy can be found here.

Find out more about the Knute Rockne Memorial Foundation.

Find out who the other Rockne Awards honorees for 2020 are here.

2021 District 9 Football Preview Video – Port Allegany Gators
Watch Live: Michael Shuey Parade in Johnsonburg
This website or its third-party tools process personal data.In case of sale of your personal information, you may opt out by using the link Do not sell my personal information.
×
Manage consent