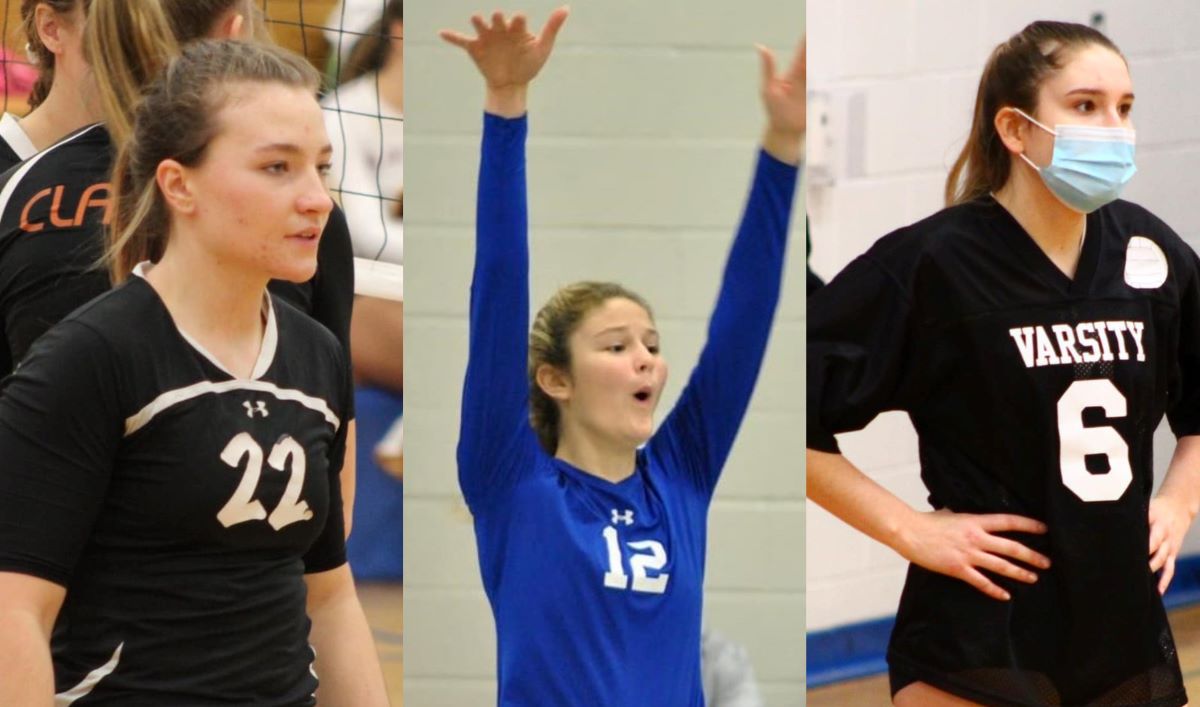 From left Brenna Campbell of Clarion, Cassidy Snider of Conneaut, and Erica Selfridge of Clarion were all named AVCA All-Region 2 Monday

Campbell, Clarion’s four-year senior setter who hit 3,000 career set assists in the Lady Cats District 9 title match win over Elk County Catholic, is averaging 9.6 set assists per set to go with 1.5 digs per set on the season and has recorded a team-best 50 aces. Campbell is heading to NCAA Division III McDaniel College next season.

Selfridge, a senior in her first season with Clarion, is averaging 2.7 kills per set while hitting .477 and adding a team-best 2.3 digs per set to go with 36 aces. Selfridge is uncommitted for next season.

Snider leads Conneaut with 5.1 kills per set while hitting .450 and recording a team-best 39 aces to go with 11 blocks and a team-leading 3.2 digs per set. Snider is headed to NCAA Division II Clarion University next season.

Clarion is ranked No. 1 in the PIAA Class 1A by the Pennsylvania Volleyball Coaches Association and awaits the winner of Tuesday’s Conemaugh Township/West Shamokin game in the PIAA quarterfinals Saturday.

Conneaut, the District 10 Class 3A champion, will play DuBois in the PIAA Class 3A quarterfinals Saturday.