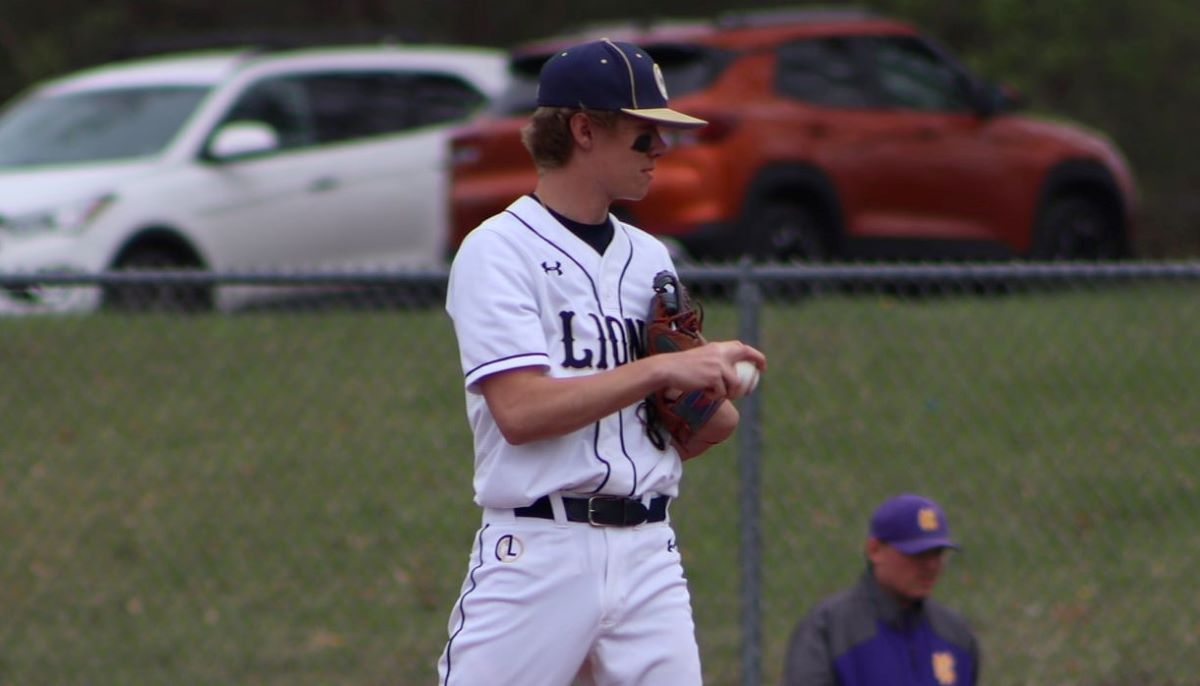 C-L's tommy Smith peers in for a sign during his five-inning perfect game Thursday. Photo by Diane Lutz

STRATTANVILLE, Pa. – In a late-reported game from Thursday, Tommy Smith threw a five-inning perfect game to lift Clarion-Limestone to a 12-0 win over visiting North Clarion.

Smith struck out 10 and used 69 pitches to complete his perfection.

Smith helped his own cause by going 1-for-2 with a double, a walk, an RBI, and two runs scored.

Isaac Gilara took the loss going 3 ⅓ innings allowing 12 runs, 10 earned, on 12 hits and four walks while striking out three. Drake Irwin finished off throwing ⅔ of an inning striking out one.

BOLIVAR, N.Y. – In the only game involving a District 9 or District 10 school Friday, Landon Danaher hit a home run and drove in a couple of runs to help Bolivar-Richburg (N.Y.) to a 12-2, five-inning victory over Oswayo Valley in the opening round of the Bolivar-Richburg Tournament.

Gaige Hohenwarter went 2-for-3 with a run scored for Oswayo Valley, while Ian Bilski was 1-for-2 with two RBIs.

May 6, 2022 D9/D10 Baseball/Softball Scores Powered by the BHL Sportsperson of the Year Award
LeBoeuf’s Friedman Wins Javelin at Pine-Richland Invite; Villa’s Clark, Prep’s Crawford Take Firsts at Baldwin
This website or its third-party tools process personal data.In case of sale of your personal information, you may opt out by using the link Do not sell my personal information.
×
Manage consent