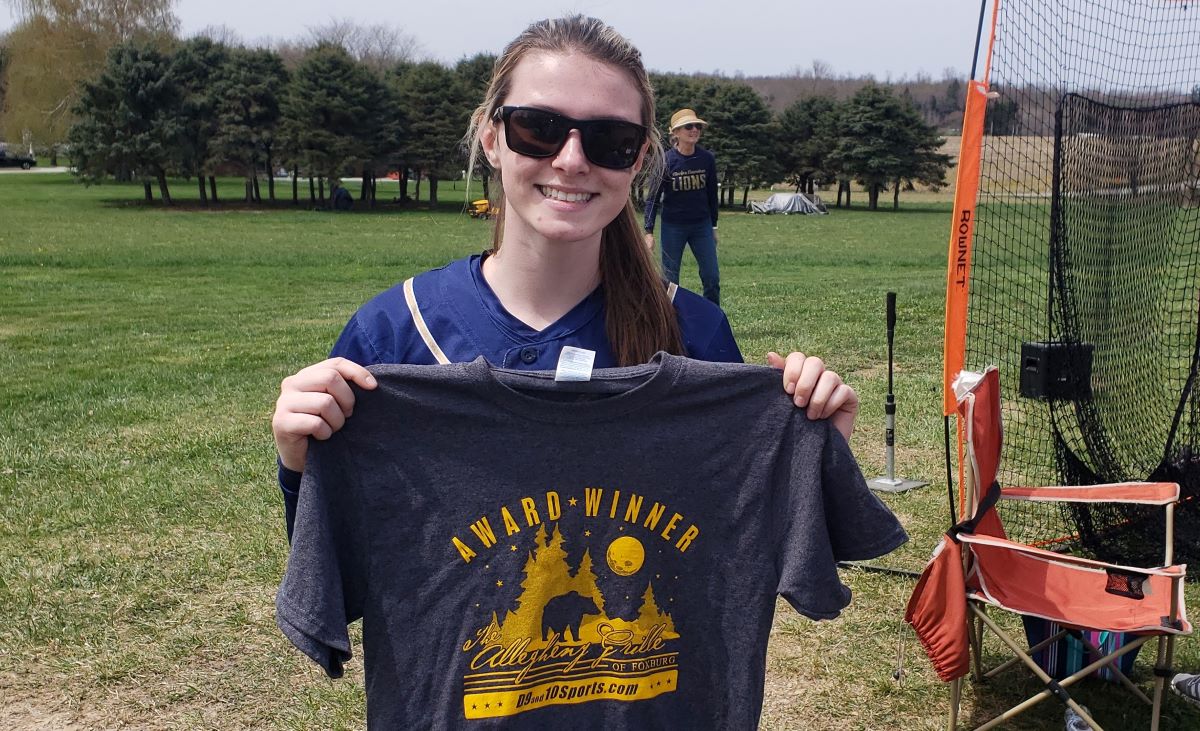 STRATTANVILLE, Pa. – In a game with one of the strangest endings ever, Clarion-Limestone scored six runs with two outs in the bottom of the sixth to stun Cranberry, 8-6.

But while the bottom of the sixth – more on that soon – was the turning point in the game, it was the ending in the seventh that will have people talking for years to come.

Trying to rally, Cranberry put runners on second and third with one out when Alisha Beggs hit a soft liner to third that was caught by third baseman Frances Milliron, who ended up standing on the bag with Jenna Biltz, the runner at third, not back to it yet.

It was a game-ending double play, or was it? Neither of the umpires made a call right away. In fact, seven seconds went by before the base umpire said Biltz was safe at third. But that wasn’t the final call. Another 25 seconds went by as the umpires discussed the call, at which point they called Biltz out at third. Game over, right?

The teams thought so. They shook hands and went to their respective huddles to talk about the game.

Abby Himes came over for an Allegheny Grille of Foxburg Player of the Game interview. She chose her t-shirt. She had her picture taken twice. She was ready to do her interview.

Then the umpires, now three-and-a-half minutes after saying the game was over, told the teams to go back on the field. The game wasn’t over. They decided Biltz was again, in fact, safe at third.

More discussion then took place between the umpires and both coaching staffs before, finally, almost six minutes after the ball was initially hit, Biltz was, indeed, ruled to be out.

The umpires then came over and explained to the media that Biltz was out because she failed to return to the bag before Milliron touched it.

Prior to the strange ending, C-L used two-out lightning in the sixth to get off the mat and rally from a 6-2 deficit.

Having only four hits off Biltz until the sixth, the Lady Lions looked dead in the water after Himes was thrown out at first after singling but rounding the bag too far.

Alyssa Wiant singled, and Regan Husted had a hustling double that also resulted in an error that allowed Wiant to score to make it 6-3.

Alyssa Knapp then singled to left with Husted scoring to make it 6-4 and Knapp going to second on the throw home.

Jenna Dunn followed with a run-scoring double to center to make it 6-5, and the Jocalyn Henry tied the game with a base hit over the first-base bag.

After a pitching change that saw Alaina Hogue replace Biltz in the circle and Biltz go over to play first, a passed ball sent Henry to second, and she went to third when Samantha Simpson reached second on an error by Beggs, the shortstop, who threw high to first.

With runners on second and third, Kendall Dunn hit a ball to Beggs at short that ate her up and went into left field scoring two more runs to give the Lady Lions the lead.

Cranberry looked like it had something going in the seventh when Biltz led off with a single and Cassie Scarbrough singled to put runners on first and second. A ground out by Denali Wenner set up the runners at second and third leading to the wild ending.

Himes was 3-for-3 in the game with a run scored and an RBI and also threw out a pair of runners trying to steal in the sixth inning to keep C-L in the game.

The Allegheny Grille of Foxburg Player of the Game talked about the win.

Wiant was also 2-for-3 with a run scored and an RBI for C-L.

Jenna Dunn got the win in relief going 3 ⅓ innings scoreless allowing six hits while striking out one.

Biltz took the loss pitched 5 ⅔ innings allowing seven runs, five earned, on 10 hits while striking out four. Hogue was charged with one unearned run despite not allowing a hit.

Slippery Rock Boys, Hickory Girls Claim Team Titles at City of Hermitage Invite; Redbank’s Harmon Sets Multiple School Records
May 2, 2022 D9/10 Baseball/Softball Schedule Powered by the BHL Sportsperson of the Year Award
This website or its third-party tools process personal data.In case of sale of your personal information, you may opt out by using the link Do not sell my personal information.
×
Manage consent