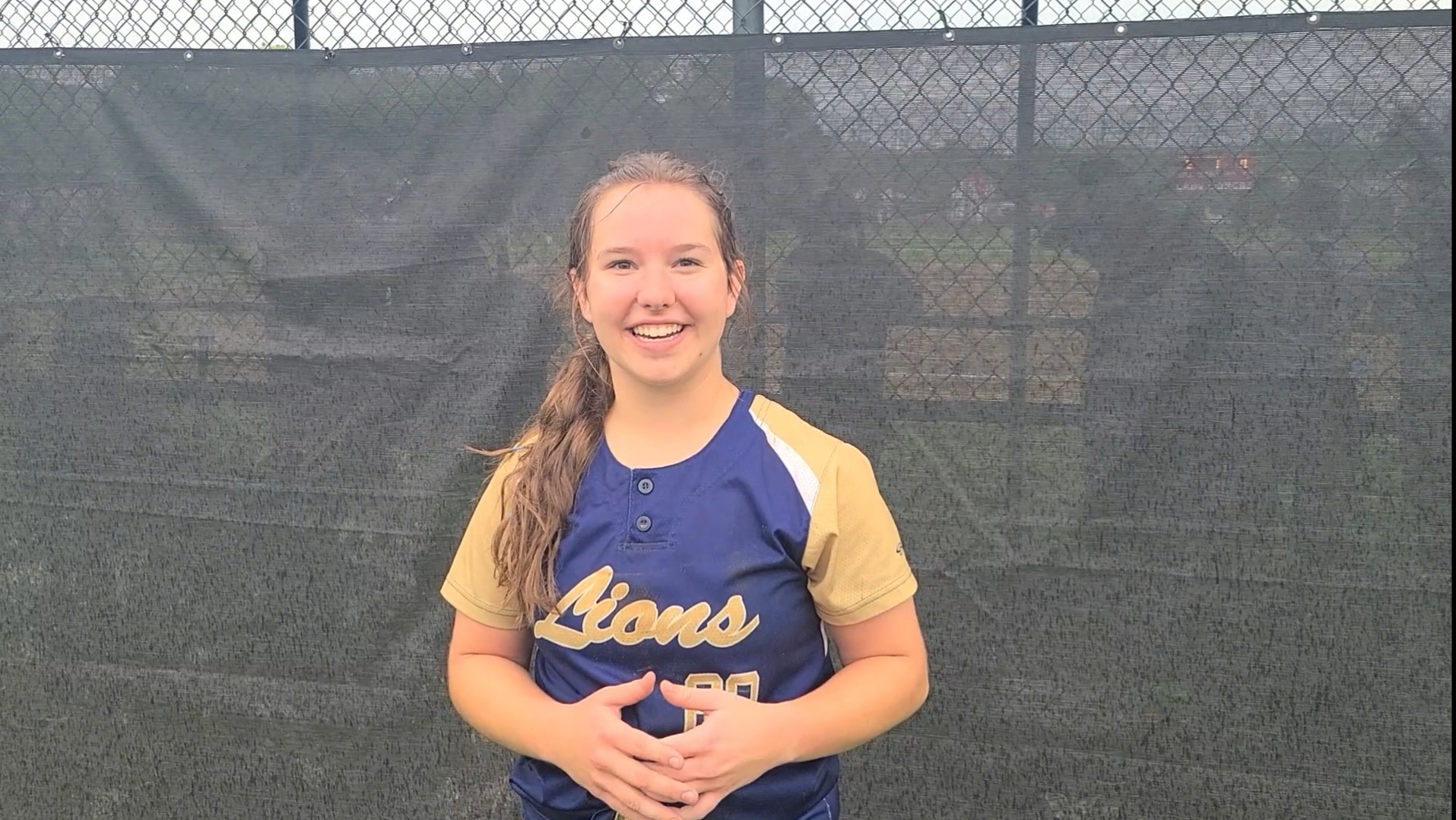 No. 7 Clarion-Limestone continued its Cinderella run through the District 9 Class 1A softball playoff on Wednesday, a run that will now conclude in the championship game, this after they slugged their way to a 19-11 semifinal victory over No. 3 seed Elk County Catholic.

The Lady Lions previously hadn’t won a playoff game since 2009. This will be their first appearance in the D9 title game in program history.

Instead of holding onto a lead as they did in their quarterfinal win, on Wednesday, the Lady Lions rallied.

Elk County Catholic led 6-1 after a 4-run second inning, but C-L responded in a big way. The visitors scored eight runs in the top of the third and never stopped. They collected 13 hits, three of which went for extra bases. They also took advantage of seven ECC errors.

In the second, Cassidy Makray, who was also the winning pitcher, got things going with a big 2-run double. That was followed by a pair of Elk County Catholic errors that led to the Lady Lions tied the game at 6-6.

With the bases loaded and two out, Dunn stepped to the plate and brought everyone home, clearing the bases with a 3-run triple that put the finishing touches on the frame and gave the Lady Lions a lead they wouldn’t relinquish.

“We just knew we needed to start getting going,” said Dunn, the Allegheny Grille of Foxburg Player of the Game.

Even after a rain delay of about 40 minutes tried to put a damper on things, the Lady Lions continued to swing hot bats.

“After the rain delay, there was a stop in our energy, but we got it going and kept pushing through,” Dunn said.

Alyssa Wiant’s RBI groundout after the delay made it 10-6, but ECC responded, cutting the lead to two after an Emily Mourer RBI and an error.

So how did C-L counter? By scoring nine runs over the next two innings, of course.

Makray and Wiant collected RBI singles in a 3-run fifth, and the sixth played out much like the second, with C-L plating six runs.

Abby Himes and Dunn had RBI singles in the sixth, Makray an RBI groundout. Wiant, who finished with four RBIs, belted a 2-run double to tie a neat little bow on the inning.

“All my teammates, they are amazing,” Dunn said. “They know how to keep the energy going. They’re my favorite people in the world.”

After Wednesday’s performance, Dunn is now 7-for-9 in the postseason with nine RBIs, three extra-base hits and five runs scored.

Makray had a huge day as well, collecting three hits and driving in a total of five runs, while Wiant also had three hits to go along with her four RBIs. Regan Husted also scored four runs.

C-L led 19-8 after the top of the sixth, but ECC had a 2-out rally to extend the game to the seventh. Gabby Weisner and Emily Mourer singled and Mourer delivered a big blast over the center-field fence to make it 19-11.

Mourer actually had the game-high in RBIs with six, including a triple. Lucy Klawuhn was 2-for-4 with a double, two runs scored and two RBIs, while Weisner was 4-for-4 with a triple and four runs and Tessa Fledderman 2-for-4 with a run.

Makray got the win in relief of Husted. She went 5 ⅓ innings, allowing five runs on 10 hits. She struck out 10 and didn’t issue a walk.

“I know it was hard for us to keep going, but we knew we had it,” Dunn said. “We just had to keep pushing.”

Up next for C-L is the winner of the DuBois Central Catholic-Clarion game in the championship on Memorial Day. The DCC-Clarion game was supposed to be played immediately after C-L/ECC, but inclement weather pushed it to Thursday at 12:30 p.m.