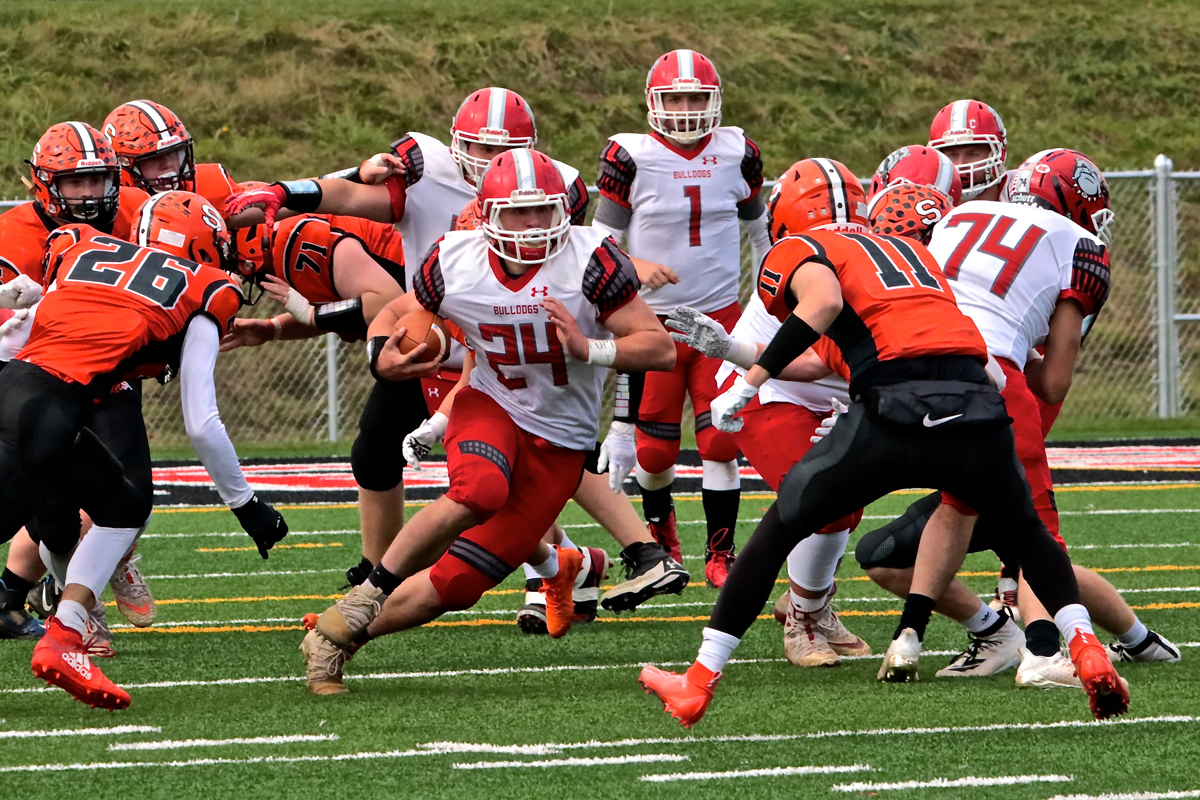 The Class 1A champion Bulldogs (6-0) face the Northern Bedford Panthers (7-1) at the turfed Windber High School stadium at 1 p.m. in the first round of the PIAA playoffs.

The winner advances to the PIAA quarterfinals Nov. 13 or 14 against the District 10 champion. That final is Friday night when Reynolds visits Eisenhower.

For the Panthers, it’s the first trip to states since 2017. They avenged last year’s D5 championship game loss to Tussey Mountain with a 32-7 win. It was NB’s seventh straight win after a season-opening 36-14 loss to Bellwood-Antis. Northern Bedford season results here.

Redbank Valley still hasn’t lost a game (season results here), improving to 6-0 after last week’s 20-6 win over Smethport. The Bulldogs’ strong defensive season will be tested by the Panthers. Head coach Blane Gold’s team has given up just five touchdowns all season while yielding only 149 yards per game defensively.

Teams haven’t been able to run at all against the Bulldogs, who have given up just 328 yards for the year on 1.6 yards per carry. Sack yardage accounts in that total, 23 for 60 yards in losses, but that still doesn’t change things a whole lot. Plus, it’s also showing what the Bulldogs have been able to do against teams’ passing games.

Redbank Valley hopes to build off last week’s rushing performance against Smethport, its 158 yards the best since the opening two weeks of the season.

Ray Shreckengost ran for 90 yards while junior quarterback Gunner Mangiantini rushed for 51 yards and a TD. That opened things up just enough for Mangiantini to throw two TD passes, completing 6 of 11 for 62 yards. Both scoring strikes were to Chris Marshall.

Round Three: Hickory, Grove City Square Off For District 10 Class 3A Championship
Watch Live: Reynolds at Eisenhower Football (Airtime 6:40 pm) powered by the Eisenhower Football Boosters
This website or its third-party tools process personal data.In case of sale of your personal information, you may opt out by using the link Do not sell my personal information.
×
Manage consent