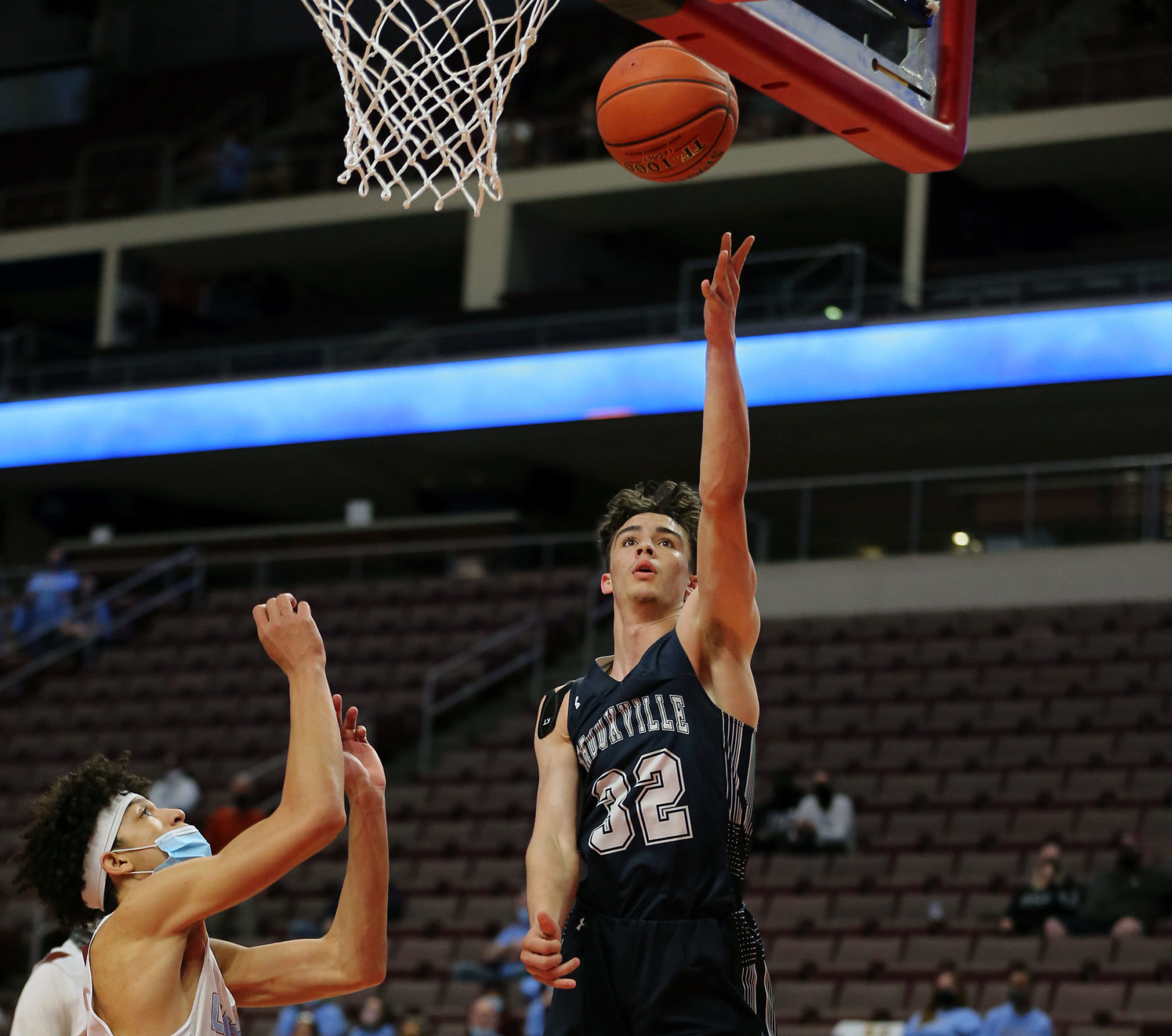 Collins was a first-team selection and Miner and Cano third-team choices.

Miner, meanwhile put together a season for the ages in leading Brookville to the state championship game. The D9and10Sports.com District 9 Player of the Year Powered by All American Awards & Engraving, who is headed to Wichita State to play baseball, averaged 18.8 points, 7.7 rebounds, 3.5 assists, and 1.3 blocks per game

Greenville’s Ben Cano goes up for a shot over Franklin’s Damon Curry during their D10 Class 3A semifinal game.

Both Collins and Cano were D9ad10Sports.com All-District 10 selections Powered by All American Awards & Engraving.

Loyalsock’s Idris Ali was named Player of the Year and his coach, Ron Insinger, Coach of the Year.

The full teams can be found below. Class 4A will be released on Thursday, Class 5A on Friday, and Class 6A on Saturday.