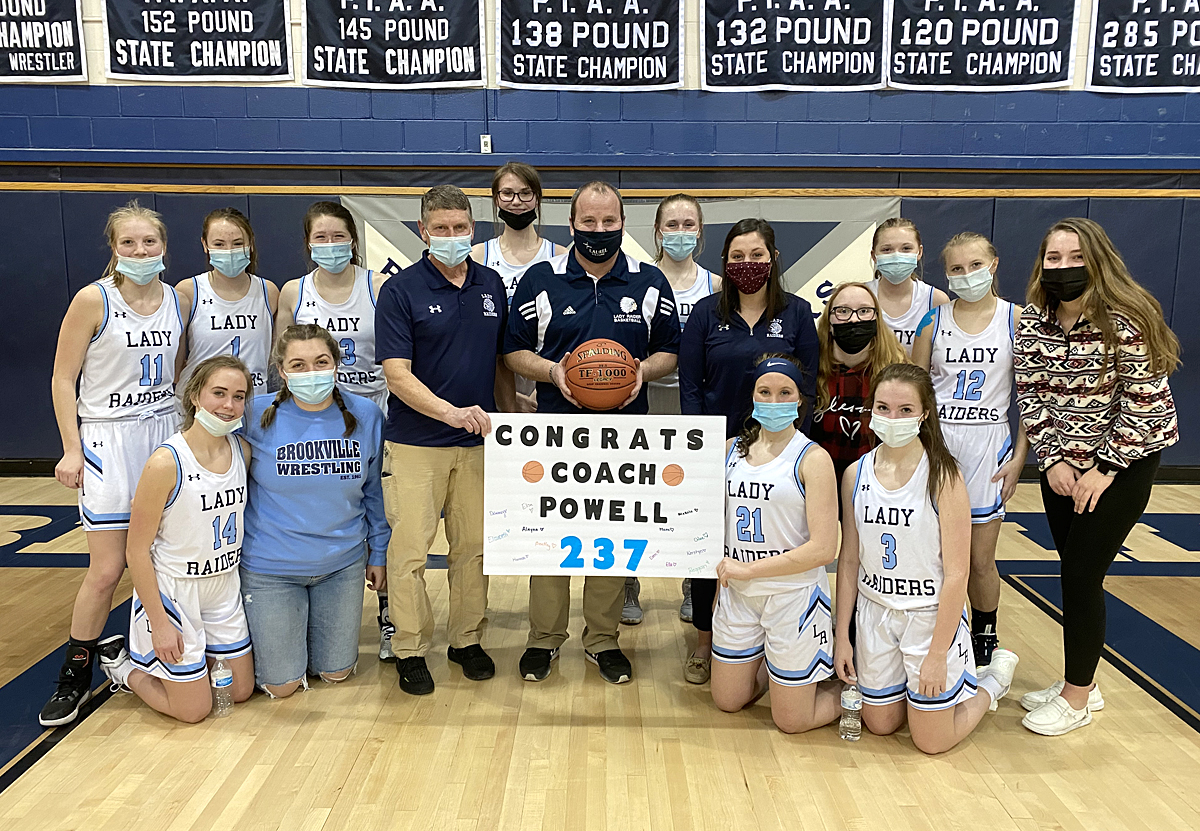 Brookville's Mark Powell sets the program mark for wins in a 54-31 victory over Eisenhower.

BROOKVILLE, Pa. — Ending the season with a 54-31 win over visiting Eisenhower, Brookville also closed its campaign with a milestone victory for its longtime head coach.

Mark Powell, finishing his 19th season, notched his 237th career win, breaking a tie for the program’s all-time wins lead with Jon Benton. Powell coached junior varsity under Benton for six years until replacing him as head coach prior to the 2002-03 season.

YOUNGSVILLE, Pa. – Kam Weissinger and Chloe Senz scored 17 points each to lead Youngsville to a 50-32 win over Venango Catholic.

Kennedy Liederbach had 11 points and Molly Mietus seven for VC.

Moniteau’s Pry Named KSAC Girls’ Basketball MVP
Otto-Eldred Puts Up Season High in Points En Route to D9 Class 1A First Round Win Over Sheffield
This website or its third-party tools process personal data.In case of sale of your personal information, you may opt out by using the link Do not sell my personal information.
×
Manage consent