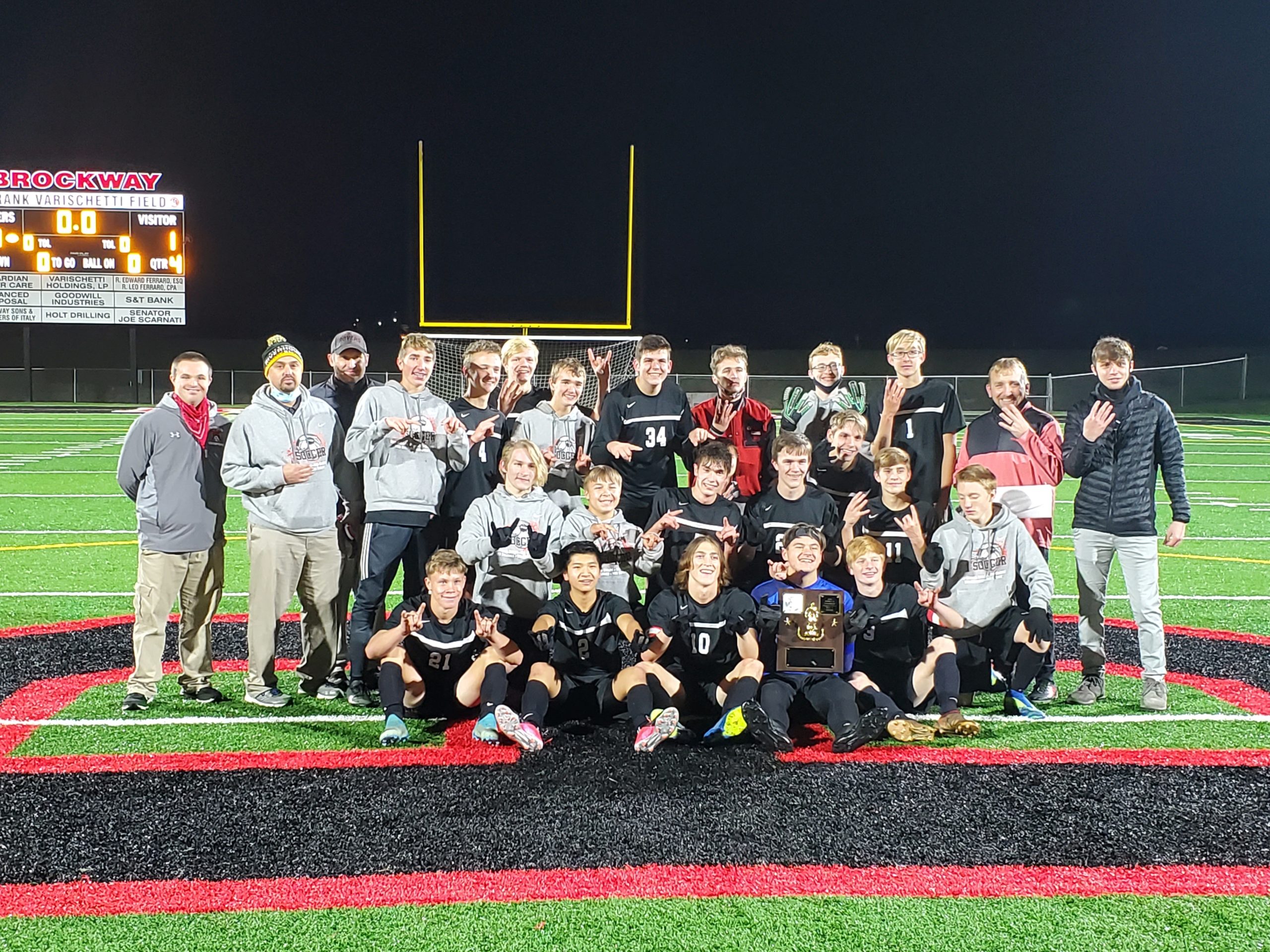 BROCKWAY, Pa. – Brockway powered past Belleville Mennonite 4-0 on Saturday to advance to the PIAA Class 1A boys soccer semifinals.

Noah Bash scored a pair of goals on assists from Ryan Lin and Dylan Antonuccio.

Dom Inzana also scored off a Nolan Swanson assist and Antonuccio scored on an assist from Marcus Bennett.

Keeper Lewis Painter and the defense had the clean sheet.

With the win, the Rovers move on to face Greensburg Central Catholic, a 3-2 winner over Rockwood, in the semifinals on Tuesday.

Saul Parr Plasha scored a pair of goals for the Ramblers, while Reece Johnson and Daniel Harrington had one goal and two assists apiece.

JOHNSTOWN, Pa. – Drew Smith’s goal late in the first half proved to be the game-winner as Fairview advanced to the PIAA Class 2A semifinals with a 3-1 win over Westmont Hilltop.

Connor Oeschlin tied the game midway through the half before Smith’s goal off a Aiden Piazza assist.

Piazza scored the insurance goal in the second half at the 22:50 mark for the Tigers.

Fairview will face Deer Lakes, a 2-0 winner over Karns City, in the semifinals.

CHESWICK, Pa. – Ronan Renter and Ryan Rodgers scored within two minutes of each other in the second half to lift Deer Lakes to a 2-0 win over Karns City in the PIAA Class 2A quarterfinals.

WEXFORD, Pa. – Sarah Schupansky and Lucia Wells scored two goals each to lead North Allegheny in the Class 4A quarterfinals.

Abby Faulhaber scored for McDowell, which finishes the season 9-1-1.

ERIE, Pa. – Grace Sarver recorded a hat trick to send Bedford past Villa, 5-0 in the PIAA Class 2A quarterfinals.

Clearfield went into halftime with momentum after Elle Smith scored with just four seconds left in the half to get the Lady Bison within a goal, 2-1, at the break.

But back-to-back goals by Tori Michalski (55th minute) and Sharpless (59th minutes) put the game away for the Trojans.

North Catholic struck quickly in the game on a goal by Lauren McDonald just 28 seconds into the contest before Sharpless found the back of the net in the 36th minute to expand the lead to 2-0.

Rough Day for District 9 and 10 Volleyball Teams
Mars Tops Warren 8-0 to Advance to State Semifinals
We use cookies on our website to give you the most relevant experience by remembering your preferences and repeat visits. By clicking “Accept All”, you consent to the use of ALL the cookies. However, you may visit "Cookie Settings" to provide a controlled consent.
Cookie SettingsAccept All
Manage consent