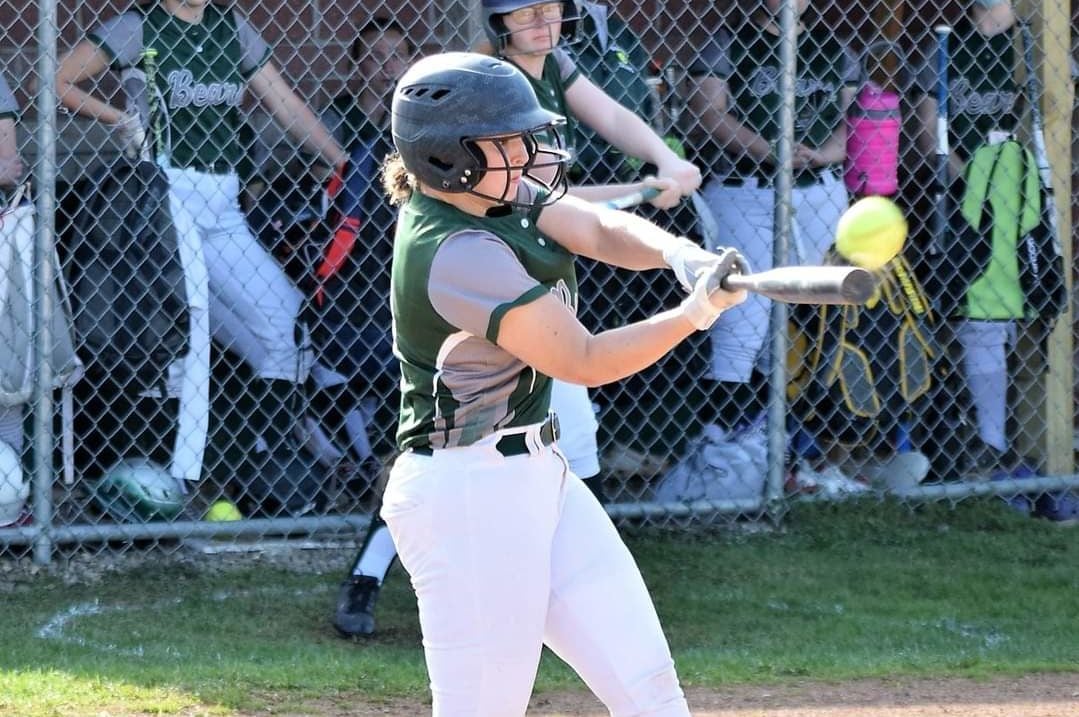 Union City's Jordyn Brozell had a big hit in the 10th inning of Union City's 6-5 win. Photo by Jeff Parkin.

SLIPPERY ROCK, Pa. – It’s on to the PIAA semifinals for the Union City Lady Bears.

In a 10-inning marathon, the Lady Bears beat Laurel 6-5 in the Class 2A quarterfinals, striking for three runs in the 10th. Cathryn Reynolds scored on a wild pitch and Lucy Higley and Jordyn Brozell had back-to-back RBI hits, scoring Eliza Reynolds and Higley.

That proved to be just enough, as Laurel scored two runs in the bottom half of the inning before Abby Tingley recorded the final out.

With the win, Union City advances to play either Chestnut Ridge or Ligonier Valley in the semifinals on Monday.

Much more to come on Union City’s big win later.