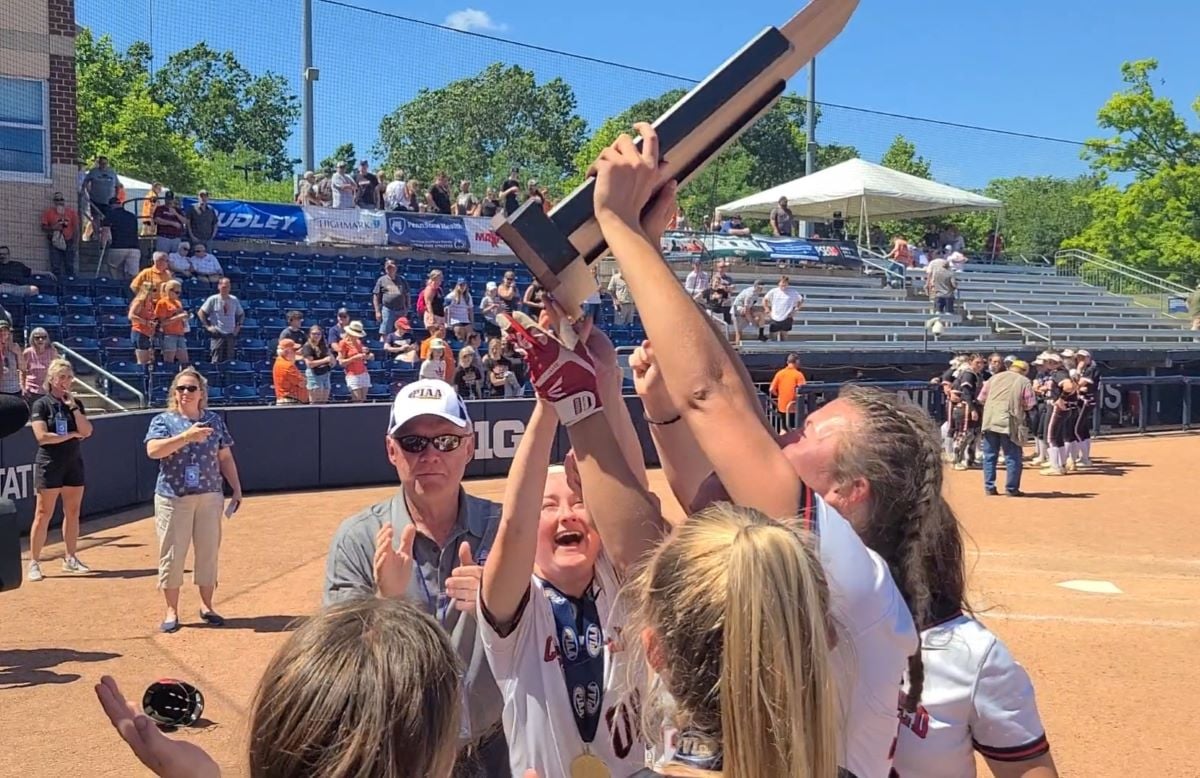 UNIVERSITY PARK, Pa. – Alexis Bumbarger’s bloop single over the shortstop’s head scored Ruby Singleton from third base in the bottom of the seventh inning giving Clearfield the PIAA Class 4A softball title with a 3-2 win over Tunkhannock Friday afternoon at Beard Field at Nittany Lion Softball Park on the campus of Penn State University.

The Lady Bison trailed 2-0 until the fifth inning when Lauren Ressler tied the game with a two-run home run.

Then in the seventh, Singleton singled leading off the second, and Oliva Bender doubled with one out putting runners on second and third. Alaina Fedder was then intentionally walked bringing up Bumbarger whose perfectly placed single gave Clearfield its first state title.

Emma Hipps was strong again in the circle allowing two runs, one earned, on five hits while striking out nine in getting the win.

Much more on this game will be posted soon including interviews with the players.