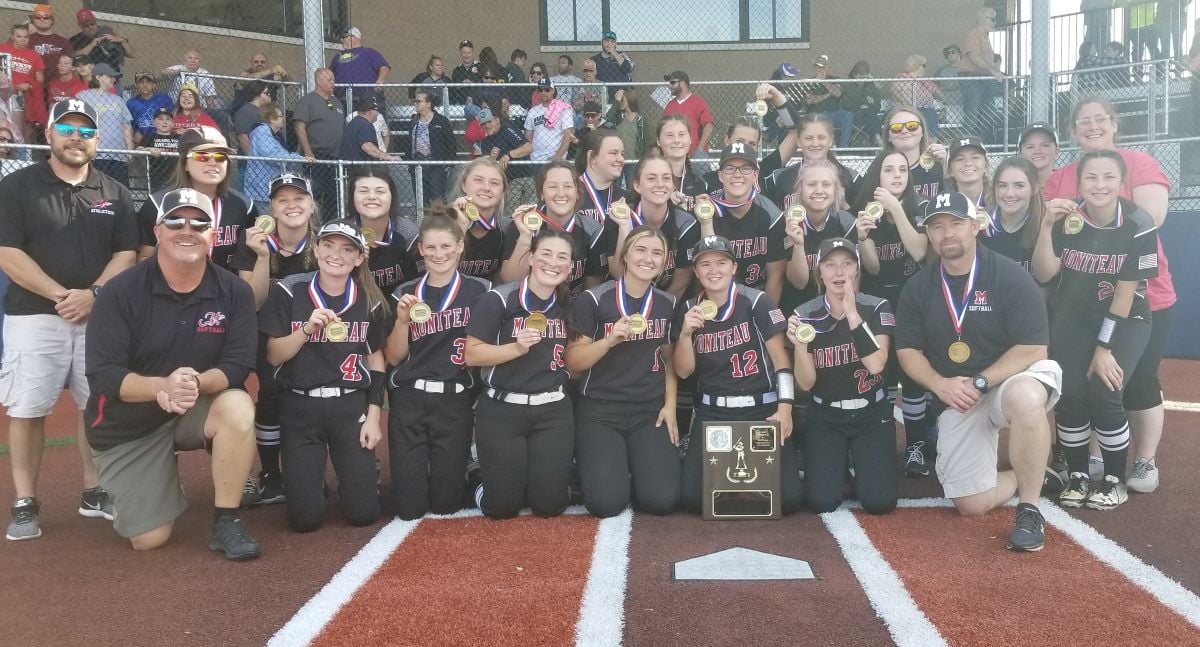 DUBOIS, Pa. – Moniteau scored four runs in the top of the sixth and then cut off the tying run at the plate in the bottom of the inning on its way to a 16-13 win over Keystone in the District 9 Class 2A softball title game at Heindl Field in DuBois Monday.

Brynne Barger’s single with two outs and no one on in the sixth got the two-out rally started for the Lady Warriors, who scored twice on an error and also on an RBI double by Courtney Stewart and a run-scoring single by Abby Rottman.

Keystone struck for three runs in the bottom of the inning and came within inches of tying the game when Leah Exley’s ball to deep left-center field just missed clearing the fence for a grand slam. The play scored three runs, but Exley was out at the plate trying to score after Moniteau overthrew the plate for the final out of the inning.

Moniteau then added a pair of insurance runs in the top of the seventh.

Keystone’s Natalie Bowser, who was intentionally walked four times in the game, made the most of her one official at-bat hitting a two-run home run in the third to give Keystone a 9-7 lead at the time. Bowser finished the season with 14 home runs while only making 14 outs all year.

Stewart got the win despite giving up 13 runs, while Bowser took the loss giving up 12 runs.

Much more on this game will be published later Monday.

BREAKING NEWS: DCC Wins D9 1A Baseball Title
Watch Live: Punxsutawney vs. Karns City District 9 Class 3A Softball Title Game Powered by BHL Sportsperson of the Year Award
We use cookies on our website to give you the most relevant experience by remembering your preferences and repeat visits. By clicking “Accept All”, you consent to the use of ALL the cookies. However, you may visit "Cookie Settings" to provide a controlled consent.
Cookie SettingsAccept All
Manage consent