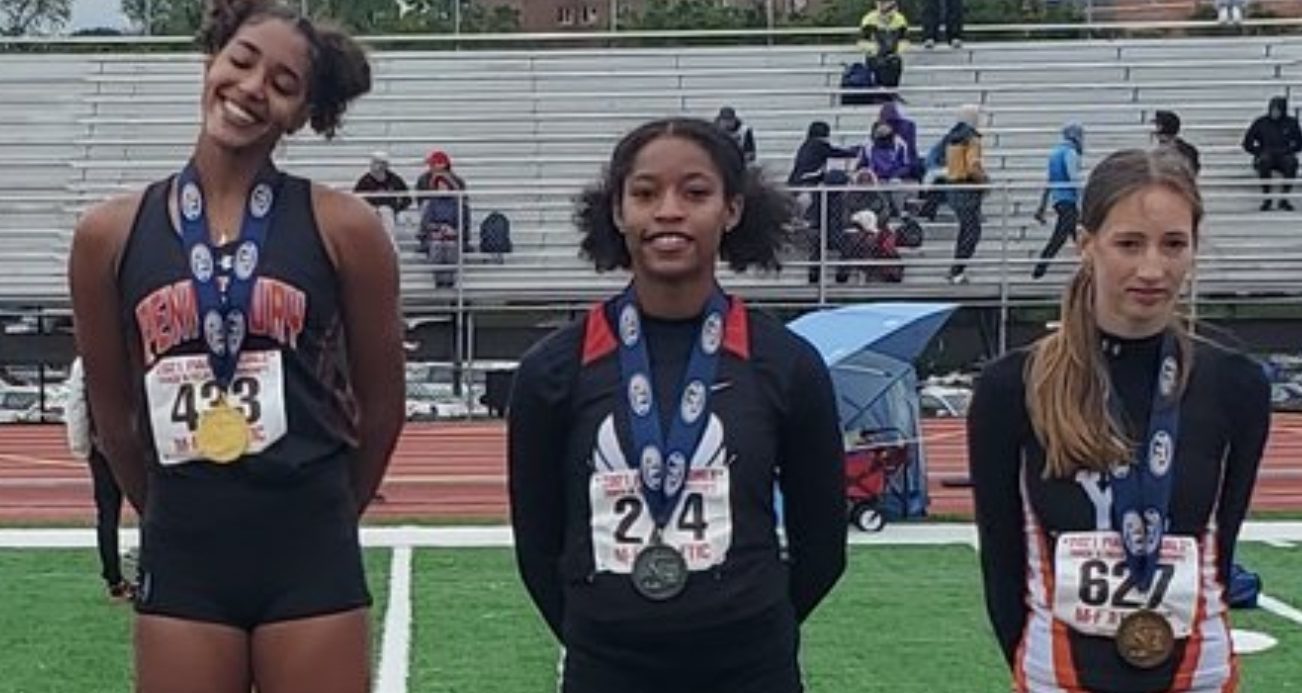 SHIPPENSBURG, Pa – Hickory’s Aniyah Anderson took second place in the 100 hurdles to lead District 10 athletes at the Class 3A Track and Field Championships on Saturday at Shippensburg University.

The other medal from District 10 came courtesy of General McLane’s Ryan Harvey, who was seventh in the discus with a heave of 168-9.

District 9 didn’t have a medalist on Saturday, but they had several close calls.

Central Bucks West won the girls’ team title, as did State College on the boys’ side.

Stay with D9and10Sports.com for full coverage, including highlights and photos from Saturday’s action.