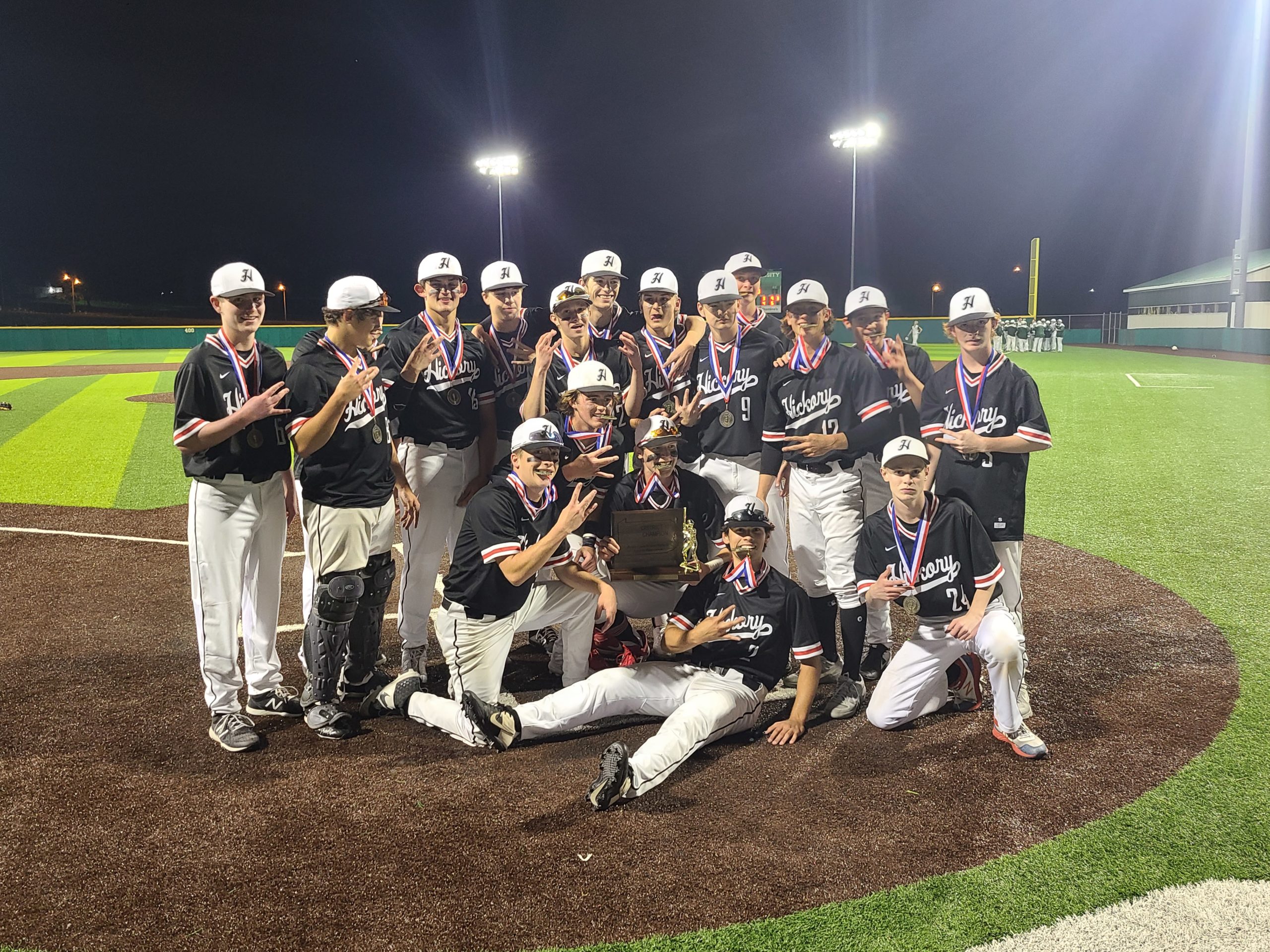 SLIPPERY ROCK, Pa. – In a game filled with drama, Nick Osborne went the distance for Hickory, getting a groundout with the bases loaded for the final out of the Hornets’ 4-3 District 10 Class 3A title game win over Mercyhurst Prep.

Johnny Leedham delivered a big 3-run triple in the third inning, and Clay Wiesen’s RBI groundout in the fourth inning proved to be the insurance run the Hornets needed.

Osborne escaped several big jams, including in the sixth when a Connor Fitzgerald RBI single deflected off his foot to get the Lakers within one at 4-3. Osborne was able to escape further damage by getting a strikeout and groundout, again with the bases loaded, to end the threat.

Much more on the Hornets’ exciting win to come.